Ok, the issue is resolved and the mod is live! Of course, I’ll still be trying to make Malta work.

Thanks to pwaopwao I figured out the issue with Malta and Blacks Mercs. I can select them in game now and my next step will be to fix them up. First Issue: the Malta flag isn’t showing up properly for me in the civ select. Which variable controls that flag? There’s a lot of flag parameters and I’m not sure what each of them does.

Also if anybody has balance feedback or other suggestions they can post them here.

The answer for that question is very simple: open civs.xml and search for this:

“homecityflagiconwpf” is the general flag, but you also need the other types of flags
Remember to use the Resource Manager to check the images and things like that.

yeah, I’m sure the Resource Manager would be helpful, but it wasn’t working really for me. When I used it, there wasn’t anything on my computer to extract. Not sure if that’s a cloud issue or something else.

The file to open in this case is:

Many images are stored there, such as flags, icons, portraits, etc.
You can explore the files inside the game folders, mainly “UI” and “Art”, to get an idea of what they contain.

I found a bug with the haiti revolution with the pirate civ. Pirates who are automatically trained in the town center and in the tavern has the default-bug chu-ko-nu skin. 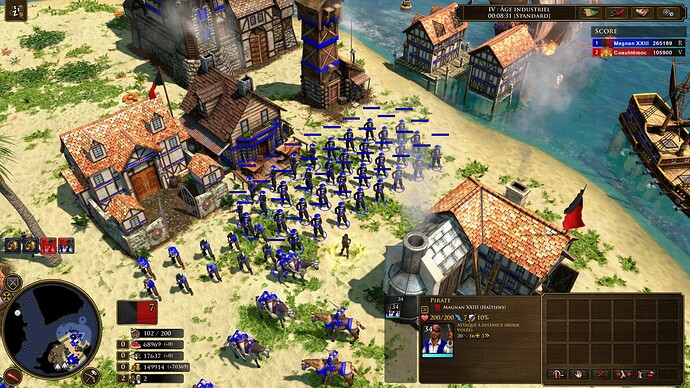 Otherwise, this mod is awesome, good luck with your modifications.

Thanks, I’ll look into it.

The mod I used as a base modified more than just the Campaign Civs for some reason (you may have noticed there are some reskins) and some of the revolutions were changed. Because of the age of the original mod, that would explain the glitch still being present. I trimmed a bit of the fat but I guess I didn’t take a close enough look at the revolutions.

Glad to hear you’re enjoying it besides

(you may have noticed there are some reskins)

But I don’t want it.

I wrote it on his mod page. but I don’t know if he will change it.
Do you think you can remove this?

I was looking into the Haiti issue, seems like nothing in the mod actually changes Haiti. Also when I tested France to make sure, their Haiti revolt worked fine. When they patched the Haiti issue immediately, did they change the name of the Haiti revolt? Or make a shadowtech I’m unaware of?

Ok, Malta is now ready to play for those interested. I also made some other changes, which are detailed in the changelog. Among them, reskins are gone for good.

I couldn’t wait for the new official civilization of Malta, this knights of st john civ will allow me to wait serenely 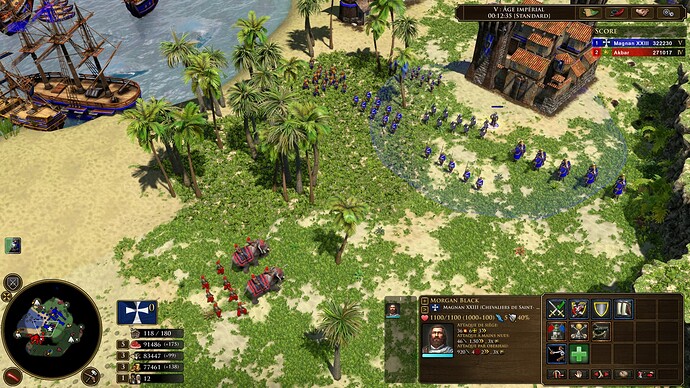 I notice an issue with this civ. The standad units don’t have voices.

But otherwise, great job ! Thank you !

Yeah, I was having an issue adding techs onto the Age0SPCAct1 tech so I duplicated it, but in doing so it made all the generic units silent. I have no experience modding sounds, so idk what to do.

Is there a variable that controls it in the civ data? or do I have to add new sound files. If anything, just giving all the generic units British voicelines would be perfectly acceptable to me, since that’s how it is in Blood anyway.

I also noticed I successfully edited the main description on the Website, but not in-game. What’s up with that?

Oh! and did your Malta have premade decks when the mod updated? Or did you keep whatever Malta deck there was before

The voices of the shared units that change depending on the civ must be defined for each civilization. This is not necessary for units that always have the same voice, such as unique units and mercenaries.

This is an example of how to add voices to a Musketeer. With the Resource Manager open this:

Then search, extract and open “musketeer_snds.xml.XMB” and search:

This defines the “Select” voices. You can copy and modify it to add the voices:

Then you have to do the same with the “Acknowledge” voices:

Save this file in the “Sound” folder of your mod.
(This method of adding voices does not count as “Additive Data Mods”, so it may be incompatible with with updates and other mods) (You can even use the new Maltese voices with this method.)

Alright, sounds have been added to Malta and some changed around for The Circle (to better fit the Royal Guard ups). I was having trouble with the Resource Manager (either I’m using the file extractor incorrectly or I’m having some technical difficulties) but its xml>xmb converter was invaluable. Because I couldn’t extract files I could only work with what the mod already had so there are sitll some missing voicelines, but I got all of the important ones so it should me a marked improvement.

btw I recently was made aware that Germantown Farmers was bugged for The Circle. That’s now fixed and will be live with the next update to the mod.
If you have any other bugs, please let me know so I can fix them.

I think that the author of the original mod read my request to remove his cosmetic mod .

He added his civilization of the Knights of Saint John. But instead of modifying the existing civilization he created a new one with the Spanish deck. It’s not perfect, your modification is better I think.

He wrote that he fixed the haiti pirates bug, but I still have it with the latest version of his mod.

Reminds me of a bug in the official game with an American card which spawns bisons, they also had a chu-ko-nu skin. The devs have since fixed it.

If this bug is difficult to fix, maybe you should delete the Haitian revolution with the pirates. After all, a pirate revolution for a pirate civ is a bit repetitive.

On the other hand, I would like the “letter of marque” card in the pirate Home City and that the privateer ships are available in the port (like the haiti revolution).

Wow, tbh I’m surprised the original mod got updated at all.

Ok so I had a look at his new Tatars. The way he described them, as a mix between Russia/Ottomans/China, sounded kinda interesting. However, the civ is very clearly still unfinished so I’ll reserve judgement until it’s had some more work. In the meantime, I think I’ll replay the Historical Battle where the Tatars show up, even tho I’m pretty sure there they’re just a renamed Russia.

Looking at it in the Historical Battle wasn’t very illustrative, so I had a look at the version in game via the scenario editor. It seems like he just activated them in multiplayer and made some very basic changes, which to be fair is basically what he described in his change log.

Ok Black’s Mercenaries is now ready to play! They sorta came out as a bit strong, but then again so are the rest of them so idk.