Campaign Crash - In the Shadow of the Throne

It happens too me to

Inhope they fix this as soon as possible.

found a workaround so the game doesn’t crash.

screenshot of the captured city: 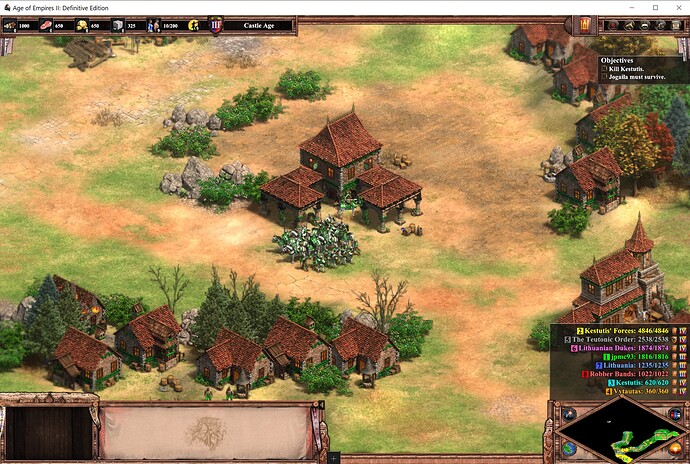 To the DEVS: The issue IS with something about the TOWN CENTER.
Hope this helps DEVS pinpoint the root cause of the crash.

i have the same issue

Can confirm that your trick worked. At least for the same village

Yes, your workaround is legit. Thank you!

Also, I noticed that not only the Town Center respawns, but the killed villagers too.

Thank you, thank you thank you!! The bug is definitely in the Town Centers.

I was finally able to complete the campaign. You are an absolute legend jpmc93.

Thank you, your advice really works

@ChristheCo now that @jpmc93 narrowed down the range for you, could it be fixed?

I had the same issue, and I bypassed it thanks to jpmc93’s solution (and I couldn’t thank him enough).
Is it possible that it would be caused by the flag in the eastern town center? I noticed it was placed directly ON the town center rather than a nearby square, maybe it creates a conflict when the building changes hands?

I had the same issue and used the above method to get around it.