Can pass through rocks south of Bran castle on Dracula #2

On Dracula #2, the player can pass through the supposedly impassable pile of rocks to the south of Bran castle. Hence the player can break the scenario by making a monk in the nearby monastery (which the player now has access to) and converting cyan villagers and then building a base. The AI is frozen and does not make new units or collect resources, because the trigger for that only activates when the player reaches the Bran castle.

The rocks should prevent the player from going to areas not meant to be visited yet. 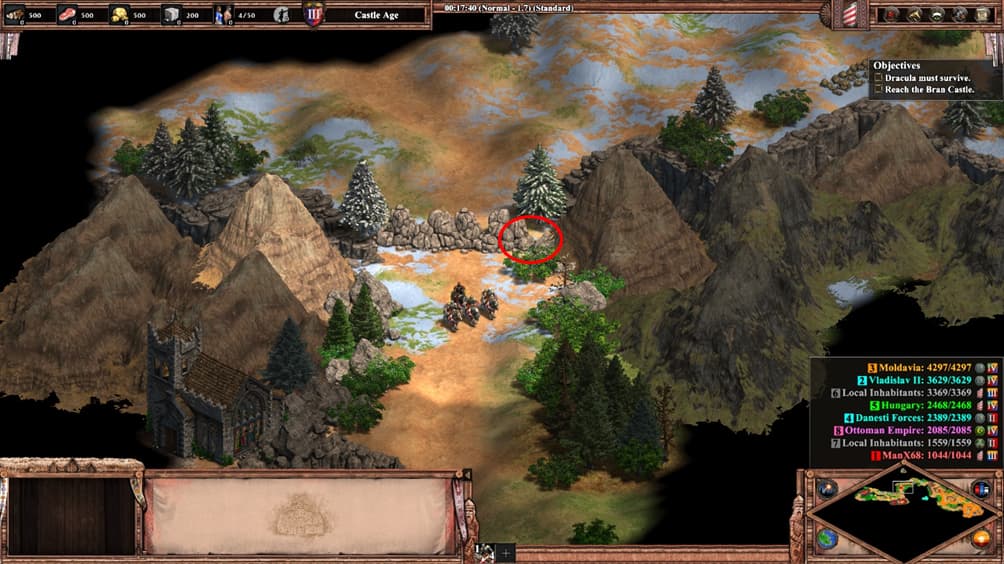 Thanks for this! We are now tracking this issue ^-^

Thanks for this! We are now tracking this issue ^-^

Why just now? I raised this issue a year ago. This mission is unsolvable until now due to unnecessary blockades. Not a good performance, sorry but I have really to say this. It is hoped, that such reports will be resolved sooner in the future.

Can you let us know which blockade is not allowing you to proceed in the scenario now?