Can we please do something about the hills near starting locations on maps in the ranked pool?

Several maps in DE tend to spawn with unfair hill and ice distribution around one player or the other. It’s making the map pool ridiculous when one person has to spread out just to place new TCs and the other one can keep a regular sized base built up. Tends to happen on continental and Scandinavia most often. Don’t think I’ve ever seen it generate as unfairly on other maps, but at least one player in a 1v1 always ends up with this issue.

Scandinavia does indeed need some adjustments. I played a game the other day where this was my spawn: 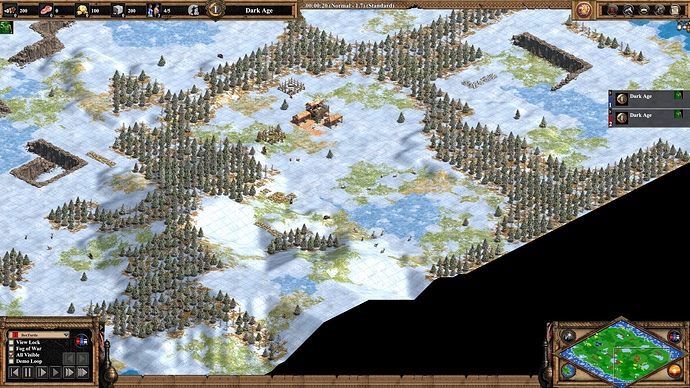 That is a one tile opening to my base at the bottom. I put up a single palisade and proceeded to naked FC into 3 TC boom with no ability for my opponent to pressure me. Super unfair map generation.

this is straight up bs generation

Yes, but that’s why the community has stuck to Arabia—it’s at least fairer. There’s a difference between forward resources and literally not being able to place buildings due to hills. Hera had a fantastic rant about it on a Continental game he posted to YouTube as well. If maps didn’t generate so strangely, perhaps more maps would have been played on all these years.