So this was in the notes for the September preview and I can’t find a single unit that makes mention of this Hand Shock Infantry tag and icon. Its not on the units you would think have this tag like Coyotes, Disciple or Chimmu runners nor is it mentioned for units that is supposed to have multis against them like dragroons or skirmishers.

Is this a bug or does this mean something else?

PUP bugs need to reported in the steam forums.

Oh really? I thought you could report them on the forum too.

The reason for doing it here is that it’s easier to put images here than on Steam.

Yeah devs still respond to other PUP bugs I posted here. Should be more easy to post here.

Not everyone has the PuP thats why they clearly say, that they want the bugs reported in the steam forum.

Devs respond on this forum all the time…

That simply does not change the fact, that if you play PuP you are asked to report bugs etc in the steam forums. Whats so hard to understand that ?

Devs respond on this forum all the time…

Thanks @TeenagedApple0 for the report! We are tracking this issue.

The best place to report issues encountered in the PUP is on the Steam Discussion: Age of Empires III: Definitive Edition \

A new update to the PUP has been released today, with this issue resolved 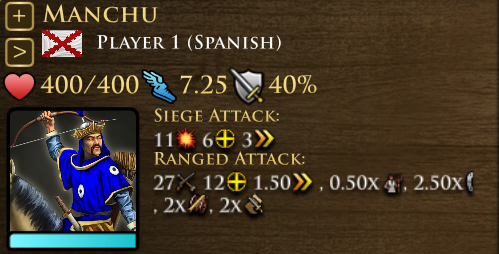