DESCRIBE THE ISSUE IN DETAIL (below). LIMIT TO ONE BUG PER THREAD.
Cards that send cattle and at the same time increase the maximum cattle limit for some reason are blocked when I have the previous maximum cattle.

Example:
The cowboy card sends 8 cows and increases the cow creation limit by 8, but if by any chance I have the 30 cows created, the card is blocked preventing me from increasing the cow limit and denying me the 8 new cows of the shipment.

The original limit is 30 and with the card it would be 38 but instead of sending the cows and increasing the limit, the card is blocked.

How often does the issue occur? CHOSE ONE; DELETE THE REST!
100% of the time / matches I play (ALWAYS)

Cards that send cattle and increase the cattle creation limit should not be blocked when you have the current maximum cattle. 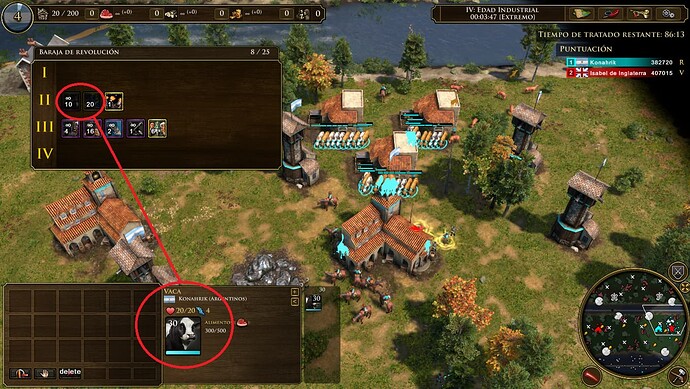 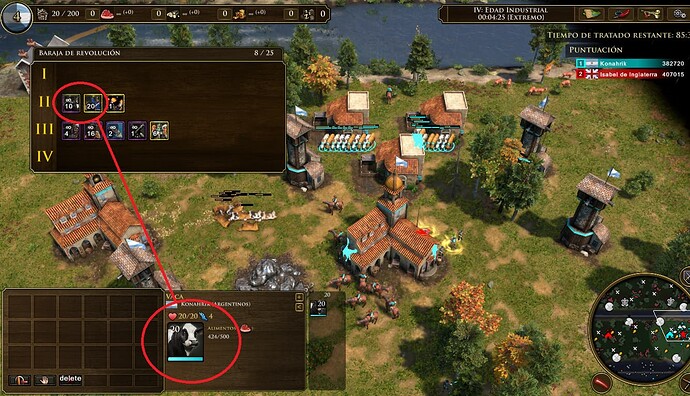 There is something that I do not know if it is a mistake, but the cowboy card increases the cow limit only by 8 in theory it should increase the cow limit by 10 in order to maximize the number of cows in the pen.

Thanks for your report, we’re now tracking this issue internally.