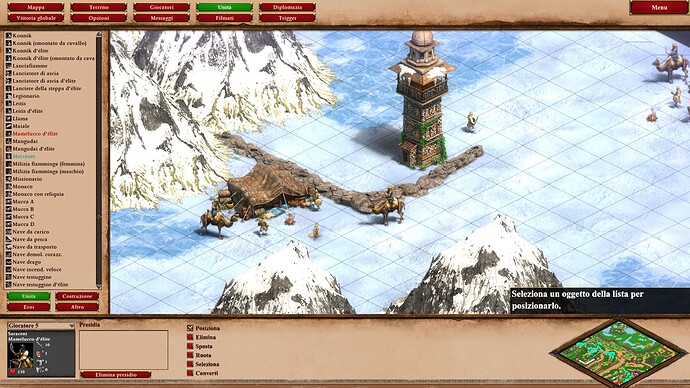 Hey, does this happen always?
Because this doesnt happen in our tests.
Thanks for the reply!

I opened a new scenario and it seems all normal actually, but when I come back to the one I was creating, when I load unit lists with player 5, mameluks and other units aren’t present; with other players it doesn’t happen. It’s a scenario that I was creating on HD edition years ago, I don’t know if this is the reason of the bug or it happens sometimes in every new editor map
Thank you btw

Yeah, thats is the cause probably, its good that the bug is nonexistent elsewhere