I mean I would be in favor of them changing it to something else but not to specifically make Saracens stronger, just something to make it a non-placeholder technology you would actually have a reason to research, even if they took one of the civ bonuses and made it a technology and put the monk refund as a civ bonus so you would actually get to use it, most monks already dead by the time you can research this(have castle + monastery + resources to waste) and you won’t be making more - that might even be a nerf depending what civ bonus you replaced it with - honestly they could just take away the gold cost so if you wind up with monks left you could situationally research this and kill them on purpose to get some gold back 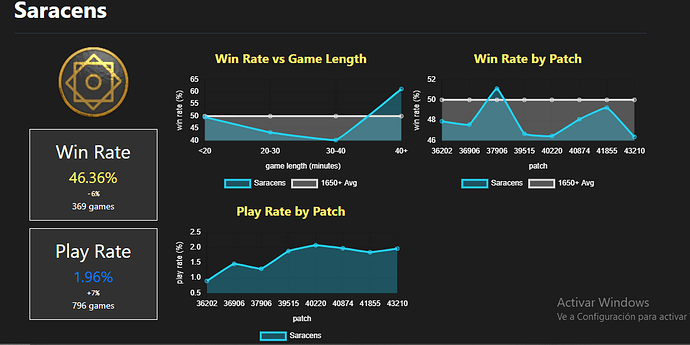 They still have Siege Archers too, which Mayans lost.
Saracens are good, the need no new Camel or Archer buffs, and they have FU Champs if Goths really give them trouble (FU Champs is the universal counter to Goths).

Also, Goth stable is far from awful. FU until imp and even then still getting Hussar.

FU means they would have EVERYTHING, including Plate Barding and Paladin, do not misuse FU.

Also, Cavaliers and Hussars without Plate Barding or bonii to compensate, are unusable resource sinks, which is why Goths NEVER use Stables, in any ELO rank.

No, they die by the hundreds to Archers, because no Platemail.

If they fight pikes vs archers, obviously they are going to lose, but as I stated before, they have huskarls against this (AND acceptable siege).

Goth Halbs are actually amongst the worst in the game, and are not cost-effective

Against archers, YES, against cavalry NO, they have among the best ones.
But who would be stupid enough to fight archers with pikes ?
If you don’t believe me, they are even better than japanese halbs against hussars or franks paladins : 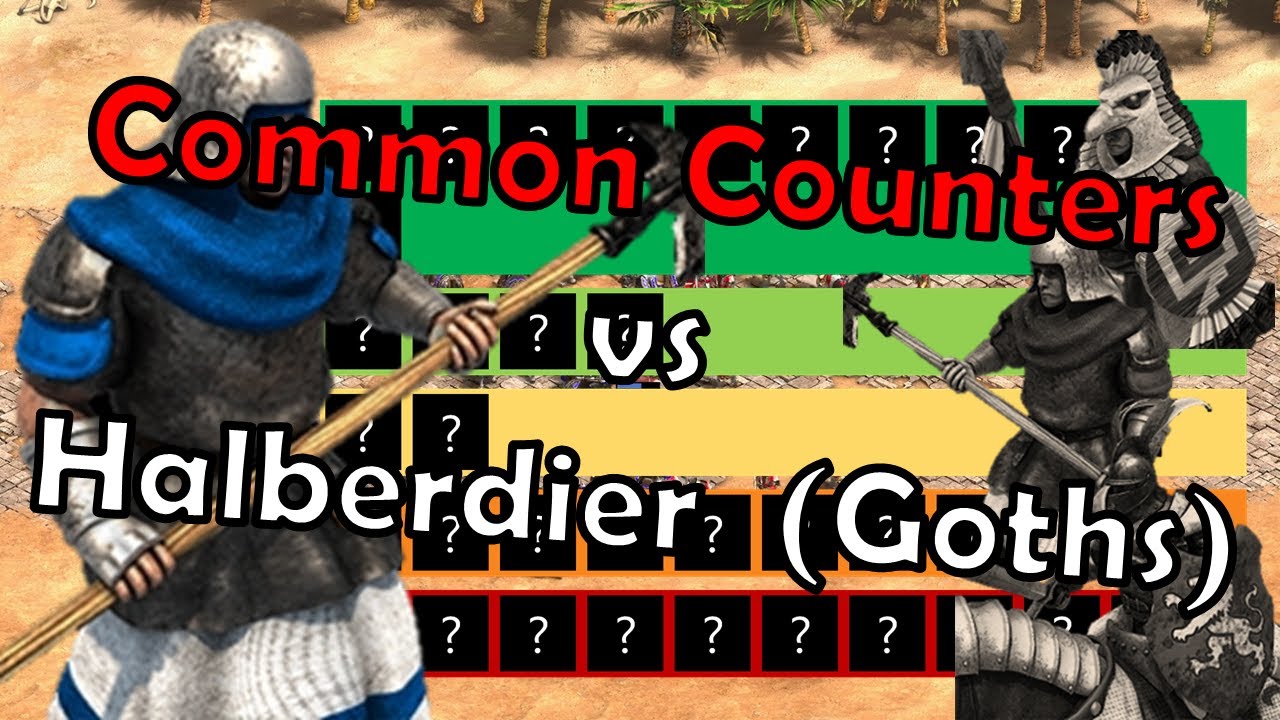 There is no need to change Madrasah, Saracens are already OP.

I already said myself that the civ is strong enough, I’m not asking for a buff !!
I’m asking for a rework of a useless tech.
Saracen could also get a nerf for the balance.

FU means they would have EVERYTHING, including Plate Barding and Paladin, do not misuse FU.

I said FU until Imp! I am not misusing the term, they do have all upgrades until Imp. There are 9 Civs that miss bloodlines. There is one civ that is missing Chain barding. There is one civ without husbandry that doesnt get any cav bonus and there are 9 civs that dont get Plate barding (7 of which dont get any cav bonus) so Goth stable is far from terrible and it IS FU until imp.

And im not saying Saracnes are bad, not saying they dont have options against goths, but claiming a civ with below 50% winrate is OP is riduclous. I think YOU are the one that should take care not to misuse words.

If they fight pikes vs archers,

It is impossible not to fight against Archers, if you are fighting Saracens, which always go for Archer + Camel.
They die even to Skirms by the hundreds. Huskarls lose to Hussars, and it is not hard to frontline with Hussars, and tell your Arbs to target the Halbs.

I’m asking for a rework of a useless tech.

Anti-Infantry Camels is a HUGE buff, Camels are supposed to beat Cavalry only, Indian Camels and Farimba Camels already had to get nerfed in the past, because they became counter-alls, faster and cheaper than Knights.

Saracens already got a huge buff to Camels, and still have amazing Archers.

Until everything is hugely buffed and can no longer be balanced, and has to be removed, like Obsidian Arrows.

OA was MASSIVELY interesting, but OP to the extreme.

I said FU until Imp!

FU means FULLY UPGRADED (with everything possible in every way in the Tech Tree) or means nothing at all, and becomes a useless term.

Goths have literally nothing FU.

They actually do have FU skirmishers

No, they miss Thumb Ring, so they miss 10% of the time, compared to actual FU Skirmishers.

Might not seem much, but adds up in large fights.

FU means FULLY UPGRADED (with everything possible in every way in the Tech Tree) or means nothing at all, and becomes a useless term.

Aboslutely wrong. There are 9 civs that do not get FU stables in castle age, therefore saying that the Goth cavalry is fully upgraded in castle age is an entirely valid and useful statement. It would only be useless and mean nothing at all, if every other Civ had fully upgradable cavalry in castle age as well. Which is not the case.

Also on the terms of siege archers. They only deal half the bonus damage than they used to in imp, which is a heavy nerf.

There are 9 civs that do not get FU stables in castle age,

There is no FU in Castle Age, FU means every upgrade possible, to the fullest available in the shared Tech Tree.
Castle Age has no FU units, because all units on the baseline Tech Tree have Imperial Age upgrades.

Also on the terms of siege archers. They only deal half the bonus damage than they used to in imp, which is a heavy nerf.

They got a 3rd of Zealotry for free, which is a good compensation.

If the devs nerfed Saracens, it is because they actually were OP, even if not on the lower ELOs.

You are just making up your own meanings to terms to suit your argument. I am pretty sure there is literally nobody that would misunderstand “FU in castle age” to anything else than what I mean with it.
Meanwhile you are arguing that a civ that never had above 50% winrate within any elo bracket or any patch (except for 1650+ during patch 51.1 only) must have been OP…

Again not arguing that Saracens are supposed to be bad, or that goths are super great. But they definitely are not OP and Goths have a perfectly average stable, better than many other civs that still do ocassionally field cavalry, depending on the matchup.

I have no stake in this camel vs. infantry tangent everyone is going down, but I’d like to point out that the aoestats site hasn’t been updated in nearly 2 full months, so referencing it for things like winrate is totally pointless when we are talking about civs that just had balance changes like Saracens.

That said, I don’t think they need any sort of significant buff at the moment. I’d be happy with a Madrasah change that is at least semi-interesting even if it is power neutral.

You are just making up your own meanings to terms to suit your argument.

No, at this point, you are.
FU= Fully Upgraded.

If it is missing something, in any Age, then it is not Fully Upgraded.

You are just twisting the nomenclature for your own purposes. By your definition, Longswords are also FU in the Castle Age, and so are Mangonels who have no upgrades at all.

Goths have a perfectly average stable

Goths have an awful Stables, which is why not even the Viper goes for Stables as Goths.
It is a dead transition. non-FU Hussars are awful, and Cavaliers without Plate Barding are unusable, specially against a Camel civ.

I have two suggestions about replacing or changing Madrasah:

Are you meaning a 20% health regeneration rate? That seems way too strong with no negative to compensate, to me anyway, and what time interval for that? a minute?

Beserks already have 25% faster and maghrebi have 15% and they are not OP, actually Maghrebi need a buff

I said i have two suggestions, so just pick one not both of them, if they gave them the Arabian horse then they will remove Madrasah

They die even to Skirms by the hundreds. Huskarls lose to Hussars, and it is not hard to frontline with Hussars, and tell your Arbs to target the Halbs.

On the contrary, it is very hard to micro archers vs halbs & huskarls, as Goths tend to make a LOT of them, and both halbs and huskarls have (huge) bonuses against hussars and arbalest.
I don’t have the numbers for Saracen, but Magyar have FU hussars + 15% discount + FU arbalest, and they still lose 68% of the time against goths.
Indians and Berbers, both camels civs, lose against Goths 75% and 71% of the time. I really don’t think a SMALL bonus on them against infantry would change the face of the world, especially since halberdier will still stay very cost effective against them !! It would be only very situational, not universal as you claim. 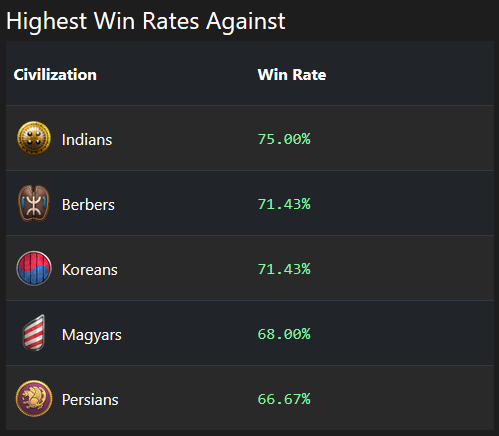 Detailed data and statistics, including win rate and play rate, on the Goths civilization in Age of Empires II in the 1v1 Random Map ladder across 1650+ Elo. Current win rate: 53.16%

Those videos are a proof that vs cavalry, goth halb are among the most cost-effectives ones.
In a game where snowball effect is very important, the 33% infantry discount helps a lot, in many situations much more than +1/+2 armor.