Changing the appearance of the meso-american archer line

Historically, mesoamerican civs did not use crossbow. Instead they only use bows and flatbows to fight.

I propose the mesoamerican archer line should be archer -> flatbowman -> Master Flatbowman instead of crossbowman and arbalest. Meanwhile, they have the same stats. While the monks can have different appearance as well as Xolotl warrior/knight, why not the archer-line? Any thought?

A flatbow is a bow with non-recurved, flat, relatively wide limbs that are approximately rectangular in cross-section. Because the limbs are relatively wide, flatbows will usually narrow and become deeper at the handle, with a rounded, non-bending handle for easier grip. This design differs from that of a longbow, which has rounded limbs that are circular or D shaped in cross-section, and is usually widest at the handle. A flatbow can be just as long as a longbow, but can also be very short. Typi... 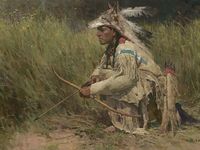 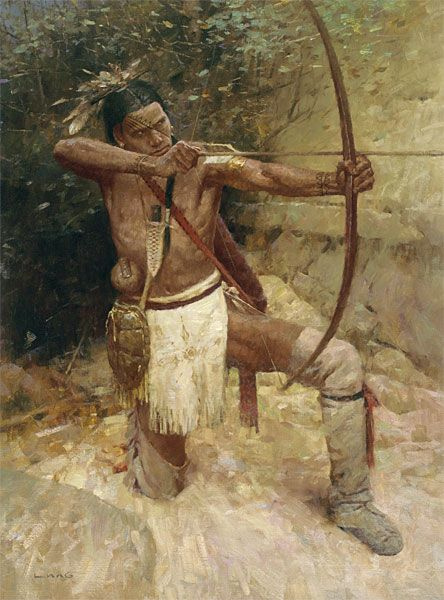 While the monks can have difference appearance, why not the archer-line? Any thought?

Because of laziness (20 char)

Historically, mesoamerican civs did not use crossbow. Instead they only use bows and flatbows to fight.

They mostly did not even use bows. Javelins, Throwing Knives and Hornet’s Nests were the main Ranged Weapons of the region.

I dont know much. It seems they did use flatbow but archers had a lower ranking than melee soldiers. 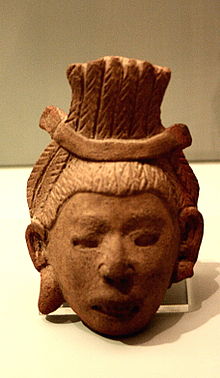 Ahtlatl: (perhaps lit. "non-sling") This weapon was meant to represent the Aztec God Opochtli. The Aztec dart thrower (known by the Spanish as estólica) was a weapon used to hurl small darts called "tlacochtli" with greater force and from greater range than they could be thrown by hand. This weapon was considered by the Aztecs to be suited only for royalty and the most elite warriors in the army, and was usually depicted as being the weapon of the Gods. Murals at Teotihuacan show warriors using t...

The unity of unit visuals has one simple reason except laziness (:P) to keep clear overview on the battle fields. If every civ or every region has their own skin of generic unit lines it could become confusing if you have 8 armies fighting in one spot. But reskining your pov is always possible and you have to bear the consequences. And there are reskinning mods

The unity of unit visuals has one simple reason except laziness (:P) to keep clear overview on the battle fields.

But Mesoamerican civs has different monks and Xolotl warrior. Besides, only 3 civs have different appearance of the archer line. It probably will not affect too much.

Xolotl is no normal unit, that even when accessible is useless to produce and monks still look like monks. Even Imams are not in the game just because they look so differently. But people would need to learn different between three archer types just for three civs. And you can always say whatabout, it wont happen, for good reasons. You can make it urself if you wish it so much.

Btw, I prefer a female military unit like this though women did not fight.

Then why include them at all?

There is no need to, specially when Plumed Archers are already a Fantasy unit as it is, and youy could make meso Archers withou the headdress anyway.

Even then, there is no need for this, any of it.

I just can repeat myself over and over again: this is a PC-game, not an historical accurate encyclopedia. Change things like that would be just confusing for players, who are used to this game for 10+ years (suddenly other appearance of the units) and a waste of time; time which could be used for more important things (e.g.: fixing the drops in multiplayer).

I don’t want to be rude by the way: I understand your point, and maybe, if you are more interested in historical things than I am, little details like that bothers you. I just think that the disadvantages predominates the advantages.

Yes, but still it would be better than xbows…

But Mesoamerican civs has different monks and Xolotl warrior.

Monks still look very similar though despite the different visual.
and xolotl warriors are a meme unit that isn’t intended to actually be a viable strategy.

Besides, only 3 civs have different appearance of the archer line. It probably will not affect too much.

except you open up the flood gates to other changes that follow a similar trend
“why are meso civs the only ones with unique archers?”
“why not unique knights, swordsman, etc”

If everyone wanted to play the game as it was 20 years ago, then there would be no need for AOE2DE or any patching or updates or new civilisations. That is an inane train of argument.

People can learn to recognise new units and buildings and structures. It was not even suggested that every civilisation get a new unit graphic set. Just civilisational groups.

Imams, Eastern Monks, African Monks, these are all doable and suggesting that people “cannot easily recognise them” is nonsense.

As long as it is optional, I think it’s fine. Some of the most popular mods in HD were unit reskin mods.

Maybe we might even get a regional skin DLC. I’m pretty sure it would sell really well.

except you open up the flood gates to other changes that follow a similar trend
“why are meso civs the only ones with unique archers?”
“why not unique knights, swordsman, etc”

Well, I don’t see the problem, if it’s an option that you can activate/deactivate as one wish.

Well, I don’t see the problem, if it’s an option that you can activate/deactivate as one wish.

so should it be baseline or paid DLC?

so should it be baseline or paid DLC?

I would prefer it baseline

but I would also buy it (maybe not right away though…)

I would say make it baseline. A mod could be introduced for people who want it the old fashioned way.