When Chinese villages are under siege, they display the number of units attacking the village as “gatherers”.

Well the “Gatherer” display is for livestock so it should show the number of livestock that are being fattened. 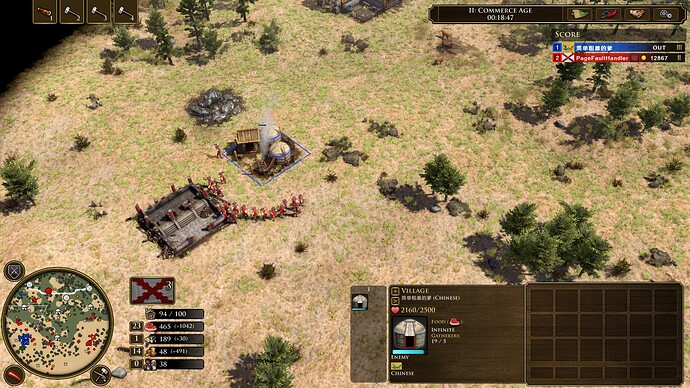 Heey @PaperBull510975, thank you for this report. We’re now tracking this issue.

I mean thanks for trying to fix that, but that has been there since legacy, for all buildings that have " gatherers " on it. Mills, Plantations, shrines, etc.
I doubt there is a viable fix for this…

The legacy game is old. There were a lot of bugs in it. I doubt they can’t be fixed.

It’s still the same game engine. Alot of things, that were in the legacy game are still in this game.

Yeah, I know. But they a lot more resources and opportunity now to fix bugs that were left in the original game.