Climate change during the middle age[historical]

Hello,
As you perhaps know, during the middle age the temperature change a lot. All north of europe was fozen (also in summer). 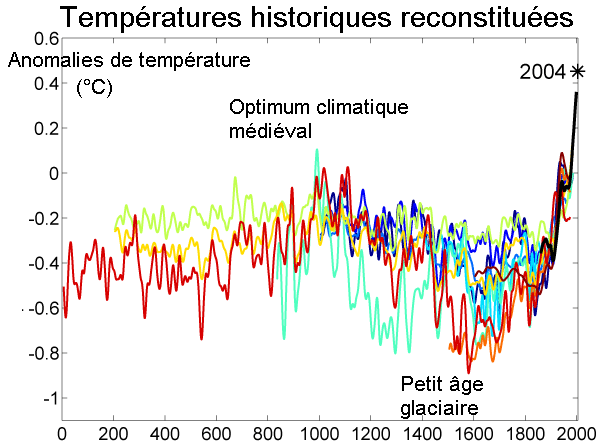 Through the game we discover the history of many civ, it could be interesting to discover the climate change in the middle age, how a few °C more or less change the world.
It could also help to increase the size of the community of aoe2. Because medias will talk a bit of that. A game that teach the climat change through the climat change of the middle age.
It won’t change much to the game but will make great free ads.
Perhaps it can be done only in campaign to test the concept.

Too complex for the structure of the game

It’s not political or propaganda. It’s an historical fact like the middle age exist.
I don’t know where you are from, but what is political in your country isn’t political in another country. For example, the architecture and development tree in aoe2 is very political in France
In France, history book for class, it say that the middle age was the worst part of the history. People lived as slave, everyone was poor, most of the people aren’t able to eat enough. In France, they destroy the history to make the revolution looks good and it was much more better after that. They talk of the terror in france as a details of the french history but the inquisition as an important part without considering that the inquisition killed less people than a single month of the terror.
The fact that in middle age it was much colder because of the sun activities is a fact that no one deny.

The subject has nothing to do with it. The question is, would climate change make the game more fun to play, I don’t think it would.

It would be nice to have something like that in scenario triggers to change terrain, then you could alter the terrain to portray climate change or seasons, but except on grand campaign scenarios that are supposed to last over centuries it would not be seen at all. The timer when you’re about to get a wonder or relics victory that is counted in years, is quite nonsense, just look at every single campaign mission in which you have such timer, despite happening during a few years at most. An extreme example is in Jadwiga 5 in which you have an enemy building his wonder with a 200 years timer, then 10 minutes representing 3 days before a battle.

There is no north-south difference on maps, maps are perfectly symetrical on that regard. Otherwise it would unbalance the game depending on where you randomly spawn. AOE2 is not a grand strategy game, this is not Crusader Kings or Civilization.

So having such advanced options in the scenario editor for epic centuries-long continent-wide scenarios ? Yes. But that in normal gameplay, absolutely not.

I am sorry if it was understood to apply this mechanic to the whole game. I beleive that if it has a big impact on the game it won’t be for good. If it doesn’t have a big impact it’s superfluous.
Actually in scenario editor, we can’t change the ground despite the engine support it. You can change the ground in real time in the editor. It could be great if we can modify it.
To make some fun scenarios, we have to place some ugly object that we make disappear or apear. In campaign they also do this kind of stuff.
with the conqueror snow, ice appear.
Try to imagine what we can do with that?

This topic should have never gotten politicized because it requires humanity to pull on one string. Sad that this is the first response to this topic

Speaking of the topic: This suggestion is bad and shouldn’t be a thing in aoe2. It makes little to know sense - maybe in a scenario like when they had scare resources in that Vinslaga campaign with Ornlu