Instead of the scenarios slightly modified with an extra player, the maps that are loaded are similar to an Earth map. Furthermore, when loading the map, the game shows a message with the text:

The expected result was the creation of a game with the map of the campaign but with the only difference being the existence of one more player. 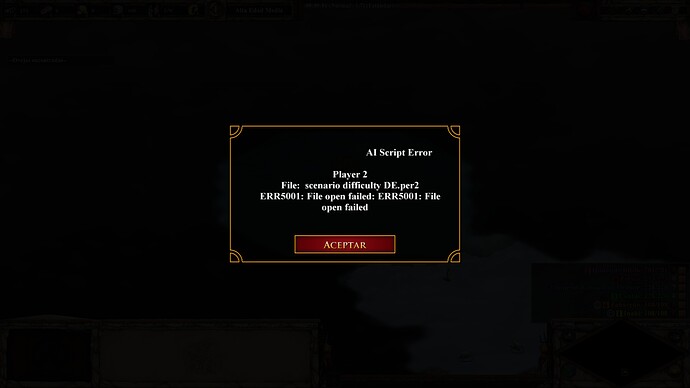 We could not reproduce this issue on our side

. Could you provide to us more information? Which coop-campaings are the ones that fail?

In the meantime, I am thinking that maybe it could be a problem in your local files. Could you try to verify your files in Steam? Properties → Local Files → Verify Integrity of game files

Reinstalling the game could also help

The campaign missions we tried were Attila 1, Attila 2 and Kurikara. I’ll try verifying the integrity of the files and trying again and then, I’ll say if it worked or not.

We tried verifying game data. Both of us. The issue keeps appearing. The same error sign keeps apearing with variations. (Player 2, 4) (I am Player 1 and the other player is 6)

Further info: The map that is loaded is the Earth Map. We also tried the Hastings mission. Issue keeps happening. 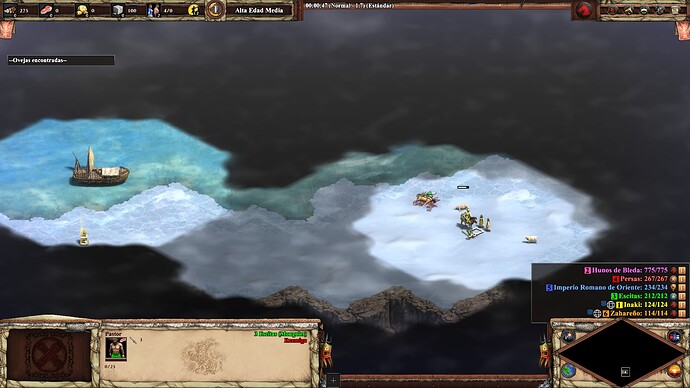 I am also receiving this issue, when starting a lobby for any co-op campaign mission with an invited player. Instead of loading the co-op scenario a standard game gets loaded and then the below error message will prompt: 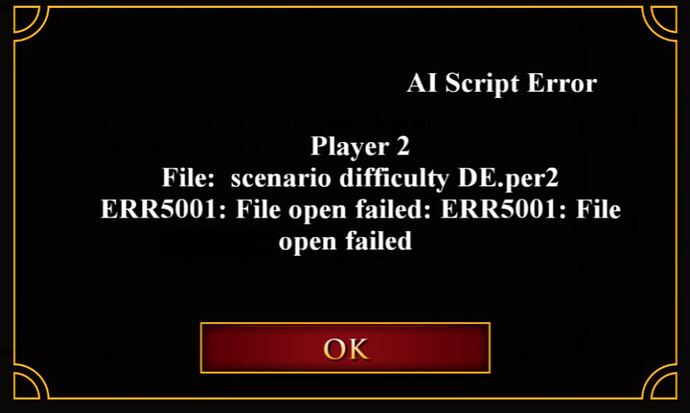 We’ve attempt different troubleshooting techniques like verify integrity and reinstall. This has been impacting me and another user since the beginning of the co-op release.

Hi guys, can you try this?

If this works, then copy back the files from your old user folder.

Let me know if it works!

It worked now. If it is a bug, i hope it get solved. Thanks for the fix! 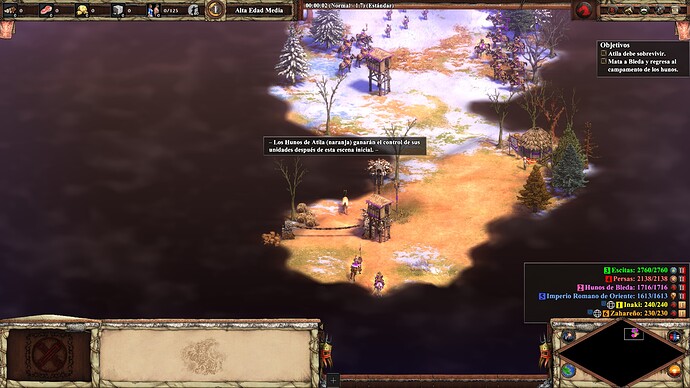 I’ve tried your suggested solution, and am still having this issue. (same error message, as well as another that said “scenario market.per2”, and “resign FE.per2”, just happens depending on which co-op mission I choose). I have verified the game through steam, tried the suggested folder delete and replacement of files, uninstalled and reinstalled the game, uninstalled all mods, but am still getting errors while trying to play co-op :(.

I’m out of ideas

Please contact with our support team, I hope you can solve your problem!

I also got this issue since last update. A friend and I played the william the conqueror battle just fine several months ago and just today tried to do the Attila campaign and ran into this issue. I tried the suggested troubleshooting and nothing changed. I will also try contacting the support team.

Problem still there; tried first “Attila the Hun” scenario (between a Steam and a Microsoft Store coop players) with this result:

Update: it works only if the Steam player invites the non-Steam player; the opposite does not work.