RTS of last years did quite suffer of one big misconception, “realistic sizes”. Sure in a game where you move 1 guy, it would be odd to have houses that are half his size or smaller , but in RTS you kind of need to make a compromise.

Sadly quite a lot of projects were not aware of it, so we had even by AAA budgets games, concepts where you could not zoom out properly, to see what is going on or units/buildings so big and maps so small with many obstacles, units could not move properly and you barely had place to put your buildings.

Here some extreme examples:
Age of Empires vs Rise & Fall: Civilizations at War.
While in way older AoE you have a neat overview where even 8 ships do fit, the more modern day R&F CW that tried more realistic scale clearly did show with bad overview and massive way find problems, how bad it is not to think though the concept. As simply select and tell the unit to move did not work, you had to several times repeat the same order so they maybe would do it, as they simply did get stuck everywhere and moved very clunky. So why didn’t they make the maps more flat and bigger? Problem is, people don’t put lot money into games they won’t play. And if you pick up a game to test and the very first thing you notice that units do have a problem to move or buildings don’t fit, the chances are very high, you won’t invest time and money into it. A concept a lot RTS developers these days seem not to understand.

Supreme Commander vs Universe at War and Rise of Legends.
While SupCom was a huge success, had addon and a sequel, those 2 other games did flop. While SupCom is very large scale RTS, you still had an overview what was going on, some people from UaW and RofL are involved right now by AoE4 and those games suffered massively from the bad overview. In SupCom you simply did put your camera on the situation, zoomed out and did know what is going on. By those 2 fail games it was not possible to properly zoom, so you needed quite some time to fly over the map to know what is going on.

Age of Empires 4 did show so far just rendered videos. Still the question is, how good it will transit into gameplay. What personally did look odd to me, how many hills and uneven ground it did have, usually you cant build there. Is it going to have enough space on maps? Zooming out and map sizes do have also influence on performance, clearly the bigger the map and higher the zoom, the better Rig you need. And it’s a very common mistake, that somebody on higher company level does say “OK improve the performance and decrease the zoom”, without to realize it does completely break the game.
The chances are still there, they might again repeat same mistakes. 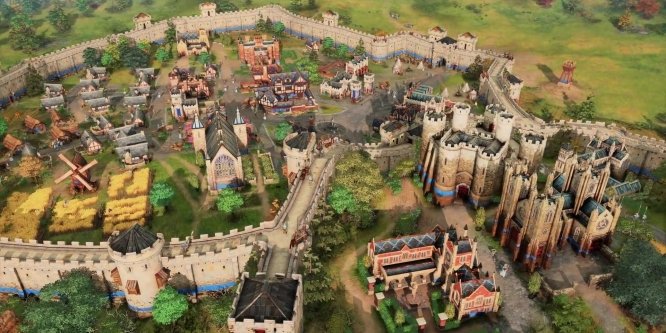