Donatarios (TC limit +2) for Portuguese and Colonial Estancias (TC grant more pop) for Spanish should also get buffed. Never seen anyone use either of them.

With the new DE maps having much more plentiful natural resources, I feel like this card should be aimed at a playstyle where you build your agriculture fast and commit to that. So I think with the nature of DE this is more fitting:

Advanced Mill - Mills and their upgrades are cheaper, and available in any age. (same for adv estate)

Donatarios should be changed into something else entirely or removed. There is no reason for Portugal to have even more Town Centers than it already does. Unless you’re trying to do a infinite Voluntários da Pátria spam with the Brazilian revolution, and even in this case, Donatarios is overkill.

I find that this card is actually ok, but comes kinda late in the game and it’s always overshadowed by better cards. Perhaps if it was moved to Age I or II, it would have a better chance to shine.

Advanced Mill - Mills and their upgrades are cheaper, and available in any age. (same for adv estate)

I like that idea, do that and merge both cards together, call it ‘Advanced Agriculture’ or something.

Advanced Arsenal is not so bad

I think maybe the advanced armory upgrades should be a little better, because see for example the paper cartridge upgrade: You need a card to unlock it, and you still spend 700 resources to gain only 15% damage (alias I think this technology should only affect ranged damage, not melee).
Compare this to Rifling’s technology, which costs less and gives your skirmish units a very high bonus (another technology that should only affect ranged damage)

I have this idea where the 3 vills card is removed and we replace it with some “2 villagers + something”.
It’s something akin to what the devs did to USA, as Immigrant cardsa and Hausa/Ethiopia ( which have 2 vills+ “something”). The goal is providing more diversity, turning Exploration Age more dynamic without making the civs unbalanced by:

The equivalent would also be adapted to Germany and France:

Some of the unused cards are now usueful on Tycoon mode. Whether you play it or not is another question.

All civilizations should have had unique technologies by default but for some reason they don’t. Only the WC civs with their big buttons have it.

The D.E. developers could have embraced this philosophy because the only way to have something new due tradition is through new cards. And that backfires a lot because of the limitation, need of XP, saturation, etc

Like the suggestions, except for native lore which is crazy on some European maps. Free mercs for hasburgs (not 100% on the royal house).

I think Advanced Armory is good overall, because while there is no immediate benefit, the buffs are very powerful, and since they are not specific, they cover a wide range of units.

Advanced Armory is good for the long term, but very bad for the short term.

Advanced Armory needs a buff, I think there are several options to make it more viable in the short term.

This would give a better viability to this card, since apart from improving the dock, it doesn’t really do much else. So I propose that in addition to the current benefits, send a dock wagon and increase the resistance points by 15-20%.

Although some see a balance problem with this in NR mode, I don’t see it because it is a metropolis send after all, and if you send this, it means that you did not send ‘infinite native allies’.

Another way I have thought of is that infinite shipments of age 1 (300 food / wood / gold) improve their quantity with each advance of age. For example:

Send a church wagon and also absorb the hero upgrade that allows them to have a scout dog, or the Indians to train tigers. This is one way I propose to make hero upgrades workable. This would be useful on maps where there are good treasures such as yukon, yucatan, araucania or great plains. Now instead of being a separate shipment, it will be enabled in the church at a cheap price, since the shipment alone does not seem like a very good investment. 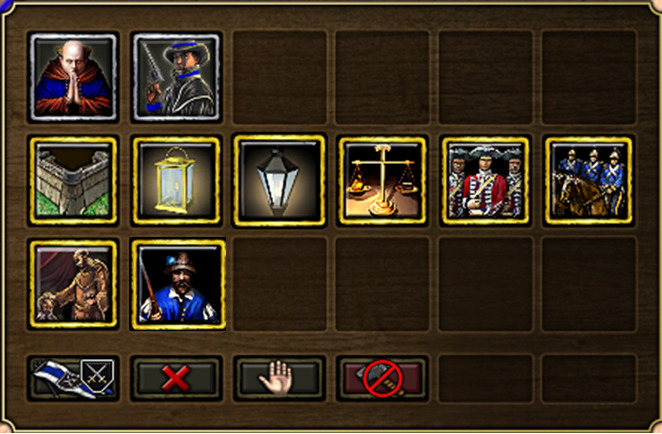 In addition to its current benefits, it makes trade routes grant + 10-15% resources. This card is not really very useful, so it could do more. 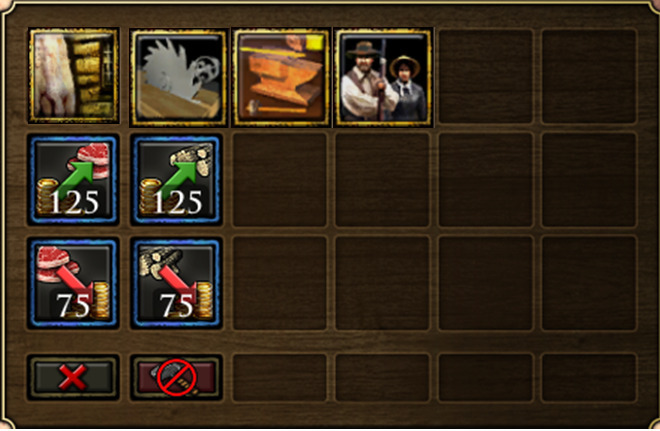 I think this would be useful for supremacy, since supremacy focuses more on natural resources, but shipments from the metropolis tend to be villagers, supplies, and troops more than anything else. They will still require a card and would improve the card itself. It would also give an improvement in the collection of berries that you rarely see used.

More details on how this card could be more useful: Rework to the markets

The ‘Admiralty’ card now reduces shipbuilding time and ship shipments from the metropolis arrive faster. Instead of making upgrades cheaper, it makes boats cheaper by 10-15%:

I think that this way the card would be more viable.
Move to age 3.

Move some cards to other ages to alleviate the stresses in the age 2 slots.

There are many important cards at age 2, but they don’t need to be there. This layout would help games in ‘treaty’ mode, as many times you have to discard some cards just for this reason.

Extended fortifications: Move to age 1, I see no problem with that.

Battlefield construction: Move at age 3-4, since its use is for more advanced games.

Why are there so many at age 2? The mills cards can be moved at age 3, and the plantations cards at age 4. In supremacy, ‘Royal mint’ and ‘refrigeration’ are usually used, since they improve the collection of many sources. Other cards only improve specific crops.

Improvements to some native related cards:

Many cards that in principle should improve alliances with natives are practically useless, so I propose the following improvements:

Improvements of some cards related to natives:

Native Lore: On top of the current buffs, adds a passive experience income of X.XX/s for the rest of the game.

Native Treaties: In addition to its current benefits, it gives you a cart that can build a native embassy. Embassies give more experience when building them.
Note: In case you haven’t already allied with a tribe before this card arrives, it will give you the corresponding warriors once you build the trading post the first time you actually build the trading post.

Blood Brothers: In addition to the current benefits, the natives from the metropolis arrive faster and are also able to enable some of their improvements in your native embassy.
Note: In this case we will have to enable native cards as a shipment from the metropolis to civilizations that do not yet have them. We could also enable this card for civilizations that do not have it.

Improvements of some cards related to natives (Asians):

(These are not European cards, but they are almost equivalent to the previous ones)

Native Learning: On top of the current buffs, adds a passive experience income of X.XX/s for the rest of the game.

Native Alliance: In addition to its current benefits, it gives you a cart that can build a native embassy. Embassies give more experience when building them.

Native Crafts: In addition to the current buffs, add an export X.XX trickle for each native village you control.

Note: They would vary by civilization depending on how strong they can be, because for example the US has some of these cards and the improvements suggested here could make them very strong, but remember that these are general proposals.

Don’t give that advanced market to the Italians though, they get enough bonuses from the market

The unqiue techs in AoE III are the unqiue cards.

Having an additional tech with a similar function to a card saves one card slot, and that is a gain. Card slot is resource.
Some cards you would not include because there are better options and waste one slot, but if they are techs in the building they become viable. Same for permanent upgrade bonuses, etc.
A civ with 5 techs + 25 cards will eventually have a weaker full form than one with 10 techs + 25 cards.

Of course you won’t reach a final stage, that’s why civs have been overstuffed with techs and options since TAD, so you won’t use all of them in most cases. But the same can be said for old civs.

The big buttons are the unqiue Native civ mechanic and they arent even that good in my opinion, but I play treaty and dont play natives that often.

On top of that Euro civs for example have cards which generally are way better then the native cards making the big buttons balance it out more.

And I still stand with the cards being AoE III version of unique technologies like the ones in AoE II. The natives just have some extra, which in comparisson again is still balanced.

And I still stand with the cards being AoE III version of unique technologies like the ones in AoE II. The natives just have some extra, which in comparisson again is still balanced.

Depends what you define equivelent to.

They could get it in a later age.

The upgrades that the advanced market would grant were unlocked at age III, but they do not need to be more powerful than previous upgrades on the market. Might just be +10-15% on hunting/wood/mine gathering. They could also be cheap and quick to investigate.