He has worked on games like Witcher 3 and Vanishing of Ethan Carter.

I'm super excited to reveal one of the projects I've been working on for the last couple of months- the legendary "Age of Empires 4"!!!- thank you Relic Entertainment for inviting me for this crazy ride.

Mikolai Stroinski is a composer from a family with strong musical roots. The brother of his grandfather, Marian Stroinski, was the music director and conductor of the Kielce Philharmonic (Poland) and his own father, Wojciech Stroinski, is a retired...

That’s really cool actually and is heartening to get an update on the development.

Oh, @IamDalv You are our spy. You always know who is doing what, they should just hire you as their spokeperson.

Anyways, another reason to believe that this game hasn’t been cancelled. People! This game is gonna be awesome. The composer has given Witcher 3 soundtrack, and will give Cyberpunk 2077 soundtrack too. Can’t wait, at least I know this game will sound good.

but, maybe he IS their spokesperson and working in here undercover

……oh snap! (That would be awesome if he/she is)

Why not bring back Stephen Rippy? I hope he’s involved in some way in the project.

it’s time to make something better. 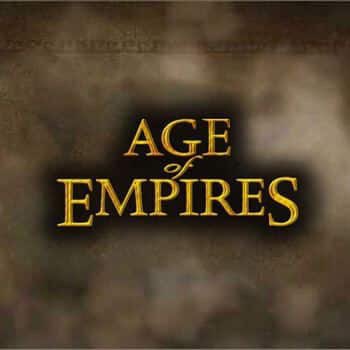 I am sad to announce that yesterday was my last day working on the @AgeOfEmpires franchise. It has been an honor working on such an legendary series. I will miss the amazing community and talented developers I have gotten to work with. I will miss you all terribly!

Robeyonekenoby has ended his work on Age of Empires few days ago.

As far as I know, Robeyone was working on AoEDE and not AoE4.

I may sound like a ■■■■. But, is he a developer? If no, then Keep calm and wololo! This is business. People come and people go, only the product is important.

I didn’t want to make negative guesses about Age of Empires, just because a person stopped working on this game. I rather think it’s a good sign for AoE to see something is happening there and people are talking about this.

But probably you are right. Maybe I should be a bit more patient

Sorry if my thing came to you any negative way.