Wrong architecture for the following peoples

Central european architecture
The British and Anglosaxons should get a different graphic style of the building, the credibility for the Invasion of the English or Anglosaxons against the British could be shown more plausibly. The Monks and kings were supposed to adopt Early english and discard the previous Latin. It can not be, that Edward Longshanks slips into the role of the British in the new Lords of west Campaign, although he was active as ruler of the Anglosaxons, who fought in terms of culture and language against the British as the indigenous population of these island. For all that, the Centraleuropean architecture fits better to the English or Anglosaxons than the previous Westeuropean common architecture. Because the Bohemians have a more different architecture than the Lithuanians, Poles or Magyars, they do use less any brick, a move to the Central european set would be advantageous. Many bohemian sandstone houses correspond to this architectural style.

Split the current Eastern european set to “Carpathian”, “Eastmiddle european” and "Eastern european"
Carpathian architecture
For the Magyars it would be good, if they could get the architecture set, which is available in the HD version 2013 for ths Slavs. Since this people also use bricks, are the graphics suitable for the Knight and Imperial age. But the graphics for the Feudal age should be recreated, as the existing ones correspond to the Veliky Novgorod wood style. This architecture could also be well used for a possible inclusion of the Vlachs or Wallachians to a later date. A suitable hero would already exist with Vlad Draculea and the Slavic campaign of the Definitive version 2019 is already taking place in this part of the world.

Eastmiddle european architecture
The Lithuanians and Poles should get the architecture set of the Eastern europeans from the Definitive version 2019, but just for the Knight and Imperial age. To this two peoples match the brick stone influences distingtly better than to the Slavs. A new graphic can be created for the Feudal age similar to the Knight and Imperial age.

Eastern european architecture
For the Slavs or Rus should be introduced the graphic style for all ages, which was already been planned for the HD version 2013, but has been unfortunately rejected. It fits well to this kind of Eastern europeans. The current architecture for the Imperial age is rather unsuitable, as they represent the Muscovite architecture from 1500 to 1700, this time takes place after the Middle ages.

Split the current Mediterranean set to “Eastern latin” and to "Western latin"
Eastern latin architecture
The Italians and Sicilians should have this set. The developer has decided for the Definitive Edition, to change the architecture for a new one, which makes the thing rather worse. The architecture set of the HD version 2013 was more suitable for these peoples. Give it back to them for all Ages.
Western latin architecture
The Mediterranean set from the Definitive version 2019 can be used better for the Spanish and Portuguese and this for all Ages.

Atlantic-Western european architecture
British or Britons
The British tower houses represents a own part of the Western europen architecture. It should be for their himself inserted a Islandceltic language like a Britonish language. Therefore i would consider, it sensible to outsource the British for a unique architecture set. In order to make this people independent, a ne campaign with several scenarios would have to come along and a suitable hero would have to be found.
Wrong people name for the Celts
The Celts are far too far fetched and the name should renamed to Gaelish. Players who are not familiar with the history of the game, could believe, that they play in Antiquity instead of in the Middle Ages, as the Celts and Gaulish are especially known about it. Since the Continentalceltic languages died out in Continental europe around the Turn of the times and up to the beginning of the Middle ages, this would be one more reason to rename the Celts to the Gaelish. Their campaign already stands for this people with William Wallace as a hero. Therefore they should become their correct people name. It would be better to use the same architecture style for both the Celts and the British. Here i see a new Atlantic-Western european set as appropriate. If the developers do not want to make this effort, the previous Western european set should be used.

Northern european architecture
The Vikings could be divided into two in terms of architecture, whereby the norwegian is important for the game. This style differs significantly for all ages from the Centraleuropean one, as mainly wooden was used. An independent architecture set would therefore be appropriate for this people. The Western european set has partly norman elements, which will could outsourced and use it for the Vikings. In the strict sense are the Normans descendants of these parts of the Vikings.

Seljuk architecture
Because the previous architecture style of the Turks corresponds to the Near east, what can be viewed historically as a unsuitable choice, the developers should put some more work into it and give them a new set. These Turklanguage origin people played a bigger role in the Middle age, so it would be advisable to give them their own style. For these reasons can be made a new Middle east set with mainly seljuk and ottoman influences.

Centralasian nomadic architecture
Huns
The Central european building style does not historically fit this equestrian people. But also the current style of the Tatars and Cumans is unsuitable, as it is based on medieval Persian architecture, which is not applicable to the Huns, although linguistically speaking as Turklanguage speakers, they are propably the similar origin as the Huns. The Huns seem to have had a nomadic architecture. Therefore i suggest, that the Huns should get their own tent architecture together with the Mongols.
Mongols
The Mongols have a wrong East asia architectural style. But just like with the Huns, the Central asian style does not fit for the same reasons. It would be the best, to have a common architecture set with the Huns. I think to a tent style, that we can see again and again in individual scenarios from the campaigns of these peoples. The wonder building, that looks like a huge tent, fits to this people very well. The other buildings of all 4 ages could be designed in this style.

Introduction of the revised Architecture styles for next DLCs for 2022 and beyond
For the adaptation of the architecture for the individual peoples as well as the integration of new sets i am thinking of next Downloadable content. The possible next winter DLC for Age of empires 2 would certainly be suitable for this, after you now have 39 peoples, you can now go over to the fine tuning of the game and make the necessary architectural adjustments, if Microsoft want to be reasonably believable, regarding the historical correctness about the graphic view of the game.

Well you can add the Bohemians to the list now.
Also, Poles, Bohemians, Magyars and Lithuanians use the Orthodox church despite not being Orthodox Christians.

These two peoples should also get their own architectural style and hand over the existing one to the Berbers and Saracens, as this fits them much better with the desert architecture. The Malians and Ethiopians should get an architectural style in the “Savannah style”. The current one also looks much too gorgeous in the imperial era for these two peoples, who really were not high cultures, the Saracens and Berbers more likely. 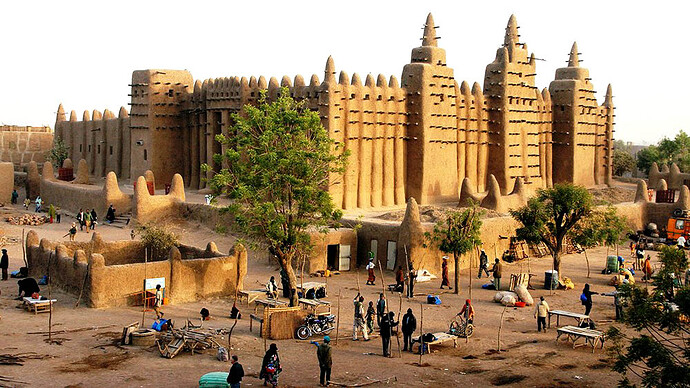 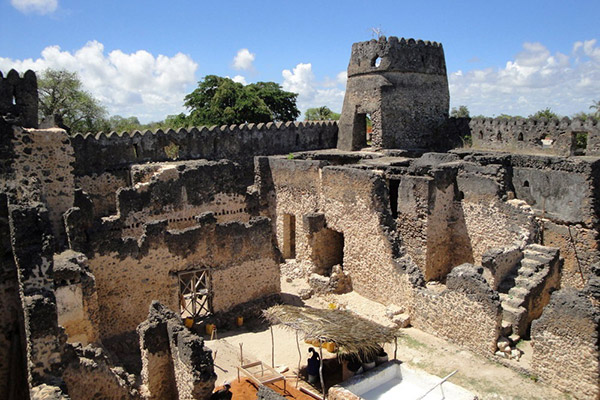 Also, Poles, Bohemians, Magyars and Lithuanians use the Orthodox church despite not being Orthodox Christians.

Yes, one can to refer of course your compare to the architecture.

Either way, I dont think the central Asian set fits Huns very well. Its based on Islamic Persian architecture, and Islam didnt even exist at the time of the Huns.

Afterwards corrected, you are right.

Afterwards corrected, you are right.

Maybe not racism, just being uninformed. The African set looks absolutely NOTHING like Arabic architecture anyways, and Berbers originally had the African set but were changed to middle eastern for more accuracy.

Maybe not racism, just being uninformed.

I hope so. I agree though that Ethiopia could benefit from a better set: 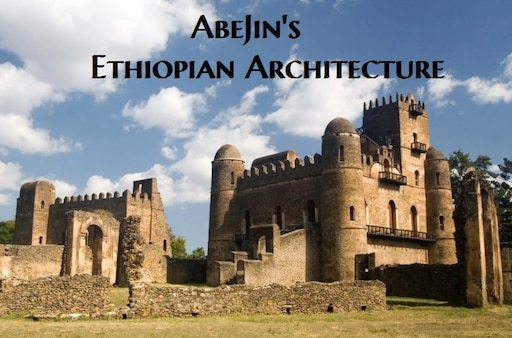 It does not change the fact, that the claim is true. Unbelievable how presumptuous your sentence is. It is all about a correct arrangement of the building architecture for the existing peoples, which is now sadly often wrong.

The African set fit both civs as a compromise. It looks Malian in the Castle Age and more Ethiopian in the Imperial Age.

The African set fit both civs as a compromise.

No, it represents just the Malian architecture.

It looks Malian in the Castle Age and more Ethiopian in the Imperial Age.

No, all ages correspond to the Malian style.

They already have one, it is called the African architecture set.

If we would be lucky and get Kongolese, of course they’d need a different architecture set, but leave Malians and Ethiopians alone.

Some separate Western and Eastern African architecture sets would be nice, but your argumentations just comes off as very uninformed.

Some separate Western and Eastern African architecture sets would be nice,

but your argumentations just comes off as very uninformed.

I will try, to be well informed. My adaptation is sure better, than the current allocation of architectural styles for the peoples.

Maybe not racism, just being uninformed.

Nationalism can speak the truth, there is nothing wrong with that.

Yes, it would be a historically more precise distinction, since the Malians have literally a different architecture than the Ethiopians.

the set they have in the game is literally based on the architecture of these two civilisations.

No, the set consider just to the Malians. 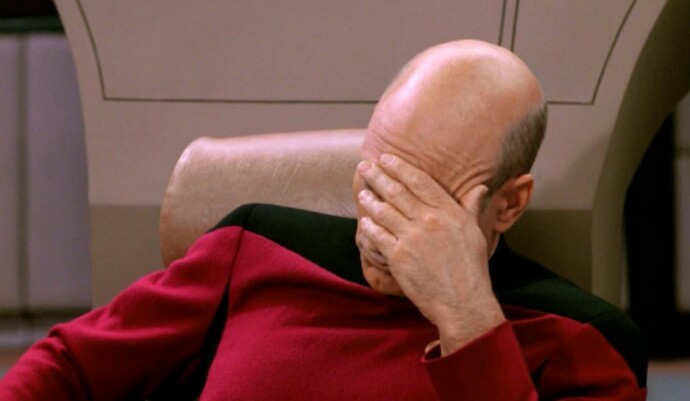 Also, Poles, Bohemians, Magyars and Lithuanians use the Orthodox church despite not being Orthodox Christians.

An architecture set used by 6 civs can only represent so many civs good. There’s a reason I told you that Ensemble avoided religious symbols of any kind. It doesn’t benefit the game and just causes issues for nothing.

in a game where chinese don’t have gunpowder, where huns build stuff, where mamelukes ride camels and throw swords, where throwing axeman throw a double headed axe, and where meso civs have access to crossbows, arbalests, and steel? 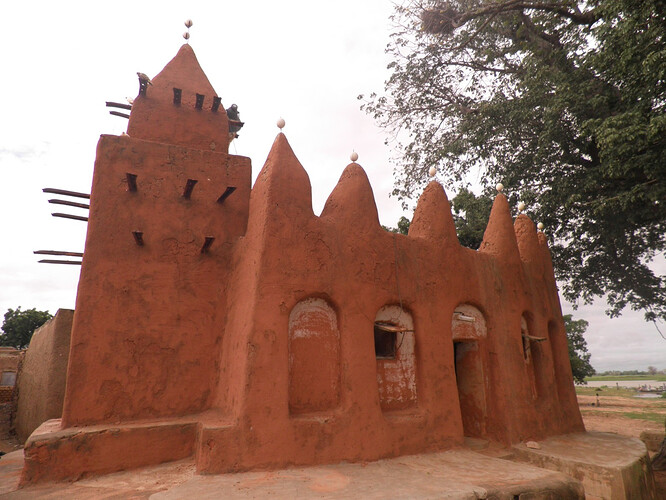 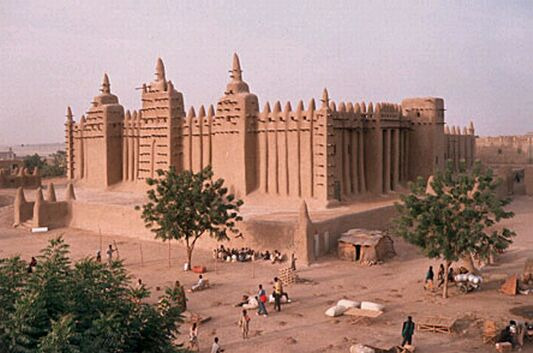 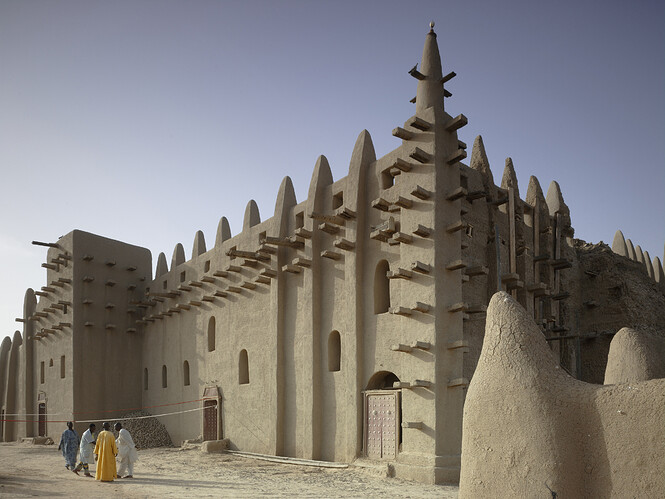 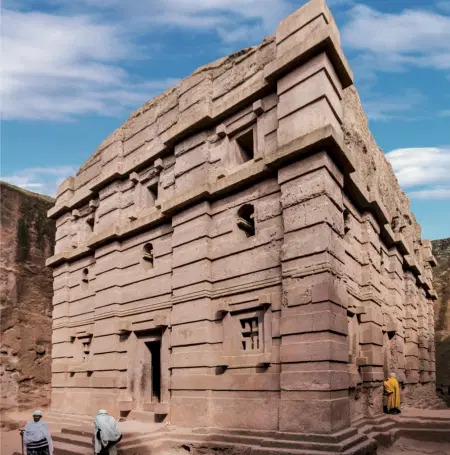 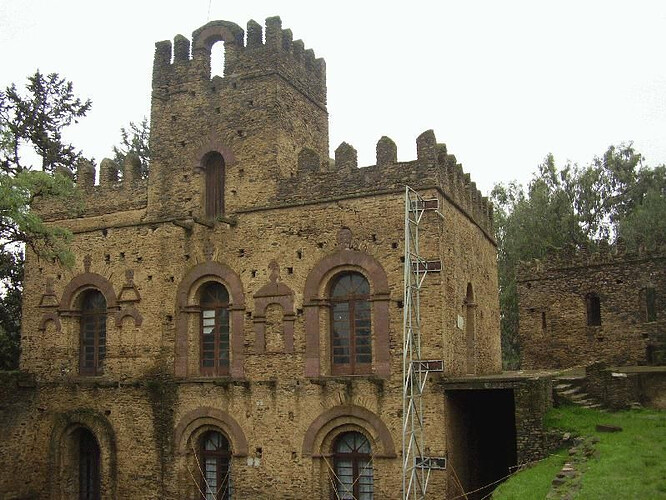 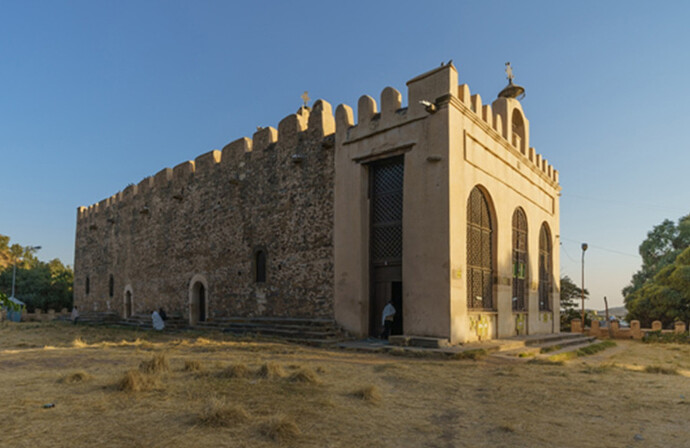 If this doesn’t look anything like the architecture set used in the game for them, then I don’t know what to tell you. I also wonder what you imagine under the term “Savannah architecture”?

But they are independent of one another? Berbers and Saracens use the Middle Eastern set. Malians and Ethiopians use their own set. They literally have completely different architecture sets in the game.