Couldn't see units currently queued for production in any building

I queued for a 1v1 game and at some point in the game I couldn’t see which units I had queued in any building in particular, though I could still see the “Global Queue Items” row.
It can be seen on the screenshots, I had villagers queued in all my town centers, but selecting individual town centers didn’t show the usual “Creating Villager X %” text on a center UI. I think the problem started at some point in early castle age. I noticed when I started to boom and I assume I would have noticed if it started before.
The problem is not shown on the replay so I’m not uploading it, the game went back to normal on the next match. 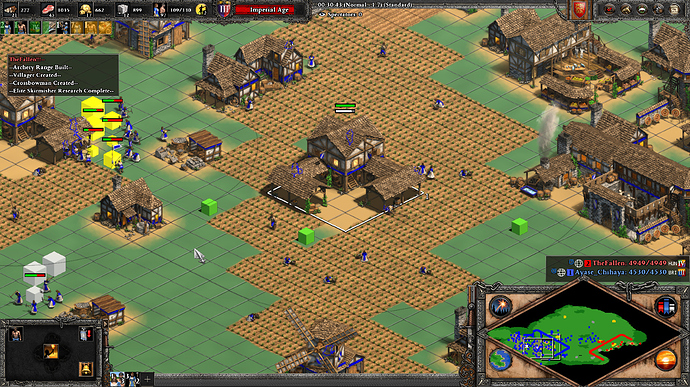 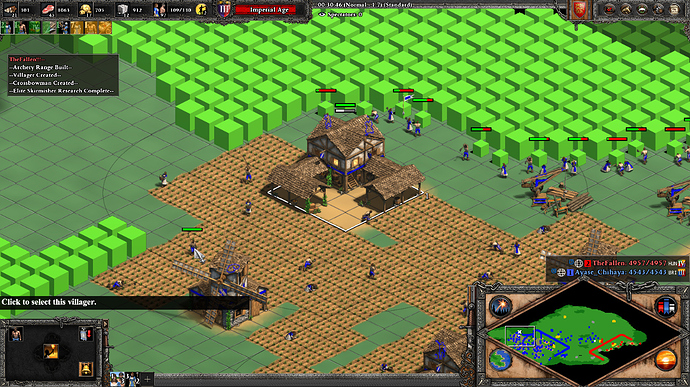 That little arrow on the left… can be elusive.

You have just accidentally hidden the middle part od the UI. Click on the small arrow pointing to the right in the upper right corner of the left part of the UI with unit commands and it will be back.