Here is some crazy idea. How about a DLC that takes place in ancient times. Basicly making AoE 1 setting in AoE 2. That would be fun.

No. If you want to play an AoE1 version of AoE2, I strongly recommend the spectacular mod by @rjgt3838, Romae ad Belleum, which adds the Roman Empire, Roman Republic, Parthians, Egyptians, and Greeks in place of Byzantines, Italians, Persians, Aztecs, and Japanese. It adds 4 new architecture sets, and some other cool stuff. But I don’t want a DLC like this, it wouldn’t fit with the game, and takes up valuable civ slots.

I’d rather have an entire game about Ancient times (or rather two games, as I already mentioned in some AoE1 discussion, one going from Stone Age to the campaigns of Alexander and one about the rise of Rome and the Diadochi Wars). At best, I wouldn’t be entirely against about the Barbarian Invasions and the last days of the Western Roman Empire, but I don’t think it would be well received.

i like this. we have rome (byzantine), celts, teutons and huns. so give us egypt scythians and macedonians too

Well you already have the campaigns of Attila and Alaric set in that time … to play fully in the ancient age, you are going to play aoe 1 DE or AoE Online…

I would love to see a civilization added to the game representing Late Western Roman Empire before Constantine when Rome was still pagan. It might be a stretch for the historical time period… but I think it would be good fun.

Alternatively a AOE remake made in the style and game engine of AOE 2 DE completely focused on Antiquity with Northern Barbarian tribes, Greeks, Egyptians, and Parthians, and all the civilizations of the period would be amazing. The barbarians would have a different play style than more technologically advanced peers but that could all be balanced. Would love the developers who put so much love into AOE 2 to bring this period to life! It’s been my dream game since a child lol. The beauty of 2d sprites and play style of AOE series would be glorious.

However, the Developers are either uninspired to do it yet or just don’t think it would be a marketable/viable product. Totally understandable as they need to make money and it takes a lot of resources to do. This is why I continue to pour myself into my mod. To bring this concept to life for mine and others enjoyment. However, I am just one person and have a full-time job lol! So progress is slow…

Feel free to check out the latest version of my Mod here. Hope to have an updated version with new TownCenter and Graphics late April or early May. 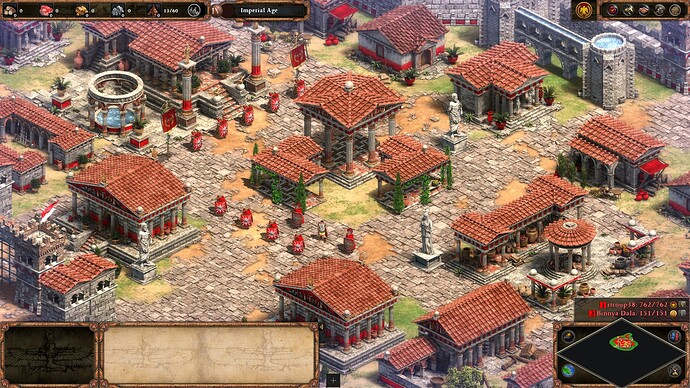 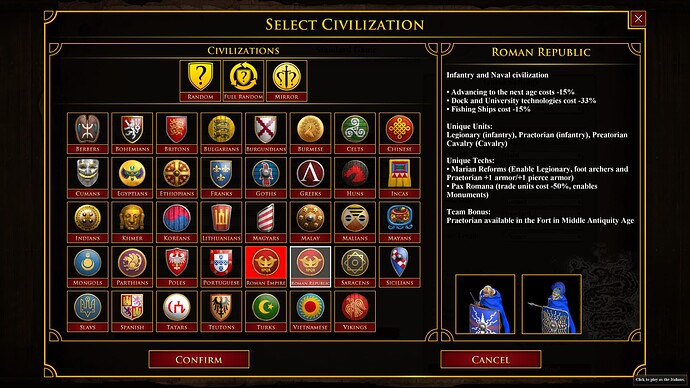 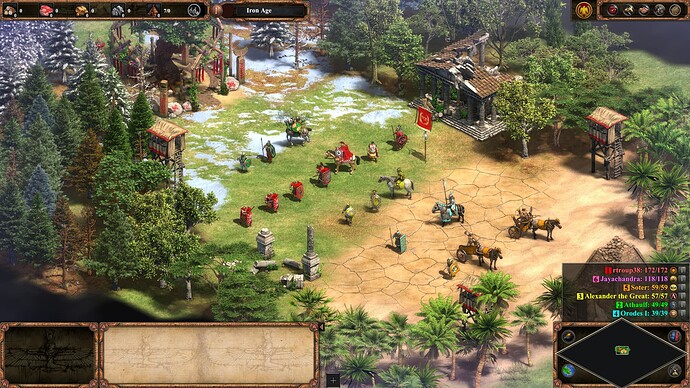 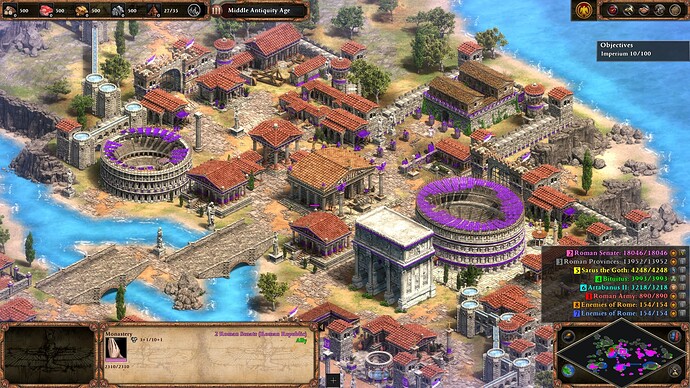 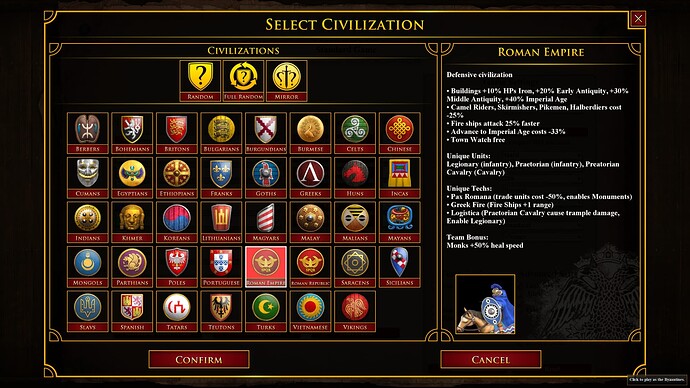 FE can improve the aoe 1 DE and already, or wait until aoe 5 to be in the ancient age…

aoe 1 is too clunky for me

This mod is in mod section? Btw, beatiful job u did.

@Hohlenwerger thanks! Older version of the mod is posted in mod section but most recent version is hosted on ModDB only right now, link above. The file structure and install is simpler on ModDB due to size limits of upload files here.