Expected behavior (QoL Improvement, some were present in AoC and HD):

Buildings: Ctrl+Shift and clicking on unit portrait should ungarrison all of the units except the type of unit that was clicked (eg. Have Berserks, Gbetos and Chu Ko Nus garrisoned in a building) if Ctrl+Shift are held, and the portrait of one of the Chu Ko Nus is clicked, only the Chu Ko Nus should remain in the building).

Garrisonable units: If the same mixed unit types (eg. Berserks, Chu Ko Nus, Gbetos) are inside a unit, the following behaviors are expected once one of the unit portraits are clicked with the Ctrl and/or Shift modifiers.

Buildings: Ctrl+Shift+LMB Hotkey doesn’t work. It performs as if left click was pressed on it’s own, (Only clicked unit is ungarrisoned).

Ram and Transport Ship: Ctrl+LMB, Shift+LMB and Ctrl+Shift+LMB don’t work as expected. If Shift or Ctrl are pressed when clicking on a portrait all units inside are ungarrisoned at once, if Ctrl+Shift is pressed only the clicked individual unit ungarrisons.

Siege Tower: If Ctrl+Shift+LMB is pressed only the individual clicked unit ungarrisons. If Ctrl+LMB or Shift+LMB are done on a unit portrait no unit will be ungarrisoned.

Add tooltips indicating the Shift+Ctrl like in HD, Screenshots for comparison. 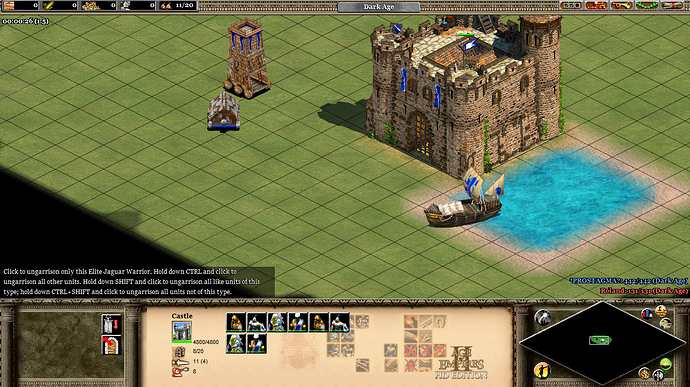 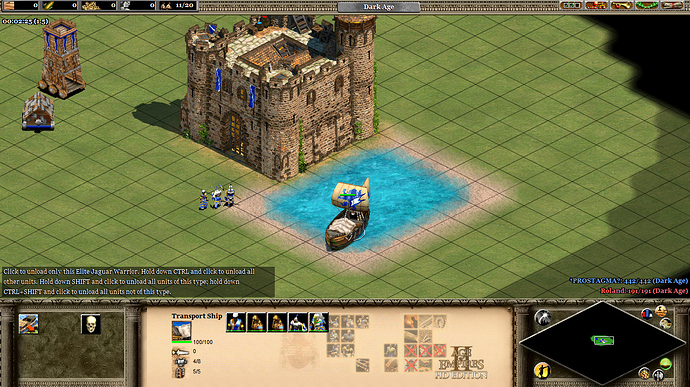 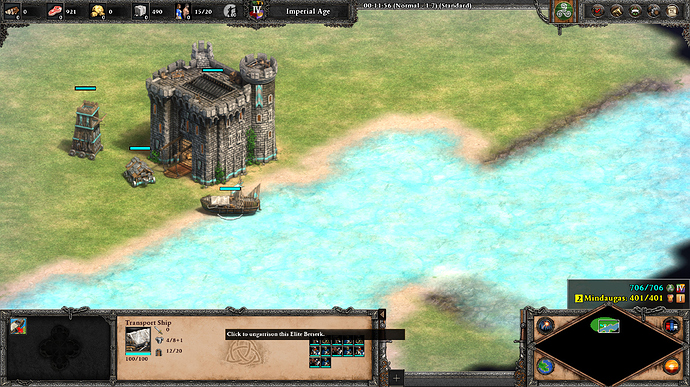 Tooltip on Shift+Ctrl is absent from DE when units are ungarrisoned as well.

I agree, that would be nice if hotkey combinations for ungarrisoning would work like in HD