I am totally against this feature. It´s just not what aoe 2 feudal time is supposed to be.

(I am not debating whether this is op or not)

Everybody walling up, and the opponent rushing castle age to keep up with the vill count… I don’t like this at all.

With siege rams at feudal is fair enough. A TC in feudal? Totally against it. Ruins the essence of the game.

Remove the 2nd feudal TC and just add some sort of eco bonus to balance it out.

While I don’t go so far as to say it ruins the game, I do believe the Cumans economy bonus should have a better conception and that it’s still an obstacle to AoE II DE leaving a long-lived legacy of being a prime example of good competitive balance, like a Starcraft 1. Same thing for Feudal Age Siege Workshops and Castle Age Capped Rams.

You, as a cuman opponent, if you stay in feudal you will get outboomed.

Although this is straight from AoE III, I think the idea is so much better than a 2nd Feudal Age TC that I wouldn’t mind an exception for AoE III mechanics in AoE II. Which is for the Cumans to have a unique Villager unit that gathers faster than other Villagers and has stronger starting stats. But it costs more food, creates slower, and is more vulnerable than normal Villagers to either melee or ranged attacks (i.e. starts with 40 HP and 1 melee armor but Cumans don’t get Loom?)

This way I imagine the Cumans would play like they do now with a bigger initial economy investment that grows into a very strong early Castle Age. But now they also have a reason to play a standard Feudal Age.

Which is for the Cumans to have a unique Villager unit that gathers faster than other Villagers and has stronger starting stats.

That’s actually a civ “bonus” from Age of Empires 1.

Ah, good to know. That’s makes for an even better case in my hopes.

Ruins the essence of the game.

Which is the essence of this game?

Which is the essence of this game?

And are there proofs that Cumans are OP or broken? stats? Pros?

I never said it was broken. It’s just not aoe 2 imo

And are there proofs that Cumans are OP or broken?

Man since Khmer we started to have aoe3 things (bypassing builidng requeriments and their badass farmers, or Malays with fast age up like aoe3 politician) so nothing to be scared.

and you should consider the balance, Cumans late game is very limited into cavalry and is too predictable.

Man since Khmer we started to have aoe3 things

I am afraid 2tc in feudal just crossed the border for me.
It’s not comparable to malay or khmer in my opinion. They have militar and eco bonus, but not 2tc in feudal…

Man since Khmer we started to have aoe3 things (bypassing builidng requeriments and their badass farmers, or Malays with fast age up like aoe3 politician) so nothing to be scared.

To me, those are more like bending the rules every civ has rather than breaking them and becoming their own rule like the Cuman bonuses. Even something like Khmer bybassing building requirements is still bending the rules to me because the military and conquest portion of the game necessitates making anyway at least some of the buildings you can skip.

The thing i don’t like is the invisible wall. Why just 2 tc’s? Let cumans do it all tc’s they want, but balance it in a organic way like, rise the cost of TC in Feudal. 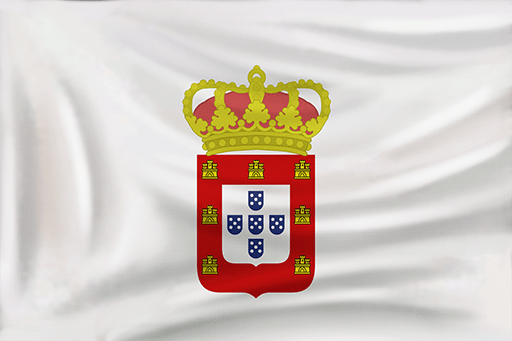 Add a photo to this gallery

Portuguese are the civ that receives free TC in each age in AoE3. But to balance it off, in AoE3 vills are 2x the cost of vills from AoE2. Also, you can spawn a lot of army (pikes/musks) to just rip off the second TC in Commerce Age (Feudal Age - Age II for AoE2).

Now in AoE2, coming to the point, if going to castle age is the only way to counter it, it definitely is a bad design let alone if it is broken or not.

Yeah, but Goths don’t have 2TC in feudal. They are like an age of empires 2 civ should be. With militar and economic bonuses.

2TC in feudal is NOT “an eco bonus”, it’s a game changer.

Now in AoE2, coming to the point, if going to castle age is the only way to counter it, it definitely is a bad design let alone if it is broken or not.

Sounds more like you’re trying to gatekeep what fits in aoe2 and what doesn’t. If Vikings and Britons were released today, this forum would’ve started a riot.

You are seriously diminishing the early pressure portion of the game. OFC the cumans are going to out boom you if you do nothing until Imperial.

Those vills cost food still, working from 2 tc’s costs food that you could spend on other upgrades, units etc. If their eco is raided or the boom punished, they will be in a pretty rough spot.

Also the essence of Age of Empires isn’t necessarily only the civ advantages/disadvantages. It is so much more. Having 2 tc’s isn’t game breaking or insane, the only thing is that you percieve it as such.