I’m currently designing a custom campaign that uses custom A.I. files for the opponents, but as of this month, the enemies act like morons when they’re signaled to attack. Even if my civilization is visible to them, they will simply send their units to completely random points on the map, usually in some sort of weird edge on the screen, and only occasionally march towards my town as intended. It’s as if the units are trying to attack their own player’s other units, but they get stopped because they can’t attack units on their own side. This never used to happen while I was testing my campaign missions in earlier builds, but now my carefully crafted scenarios are being ruined by this inexplicable glitch.

I’ve noticed that this ridiculous pathing also extends to Trade Carts. Even if my opponents are allied with each other, the Trade Carts won’t simply follow a straight path and instead move towards the edge of the map. 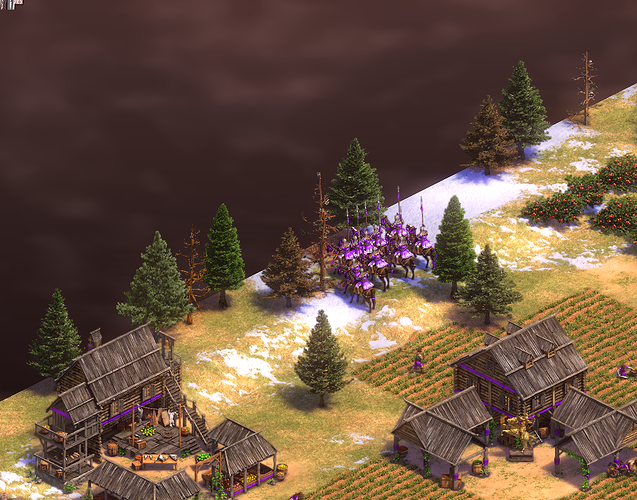 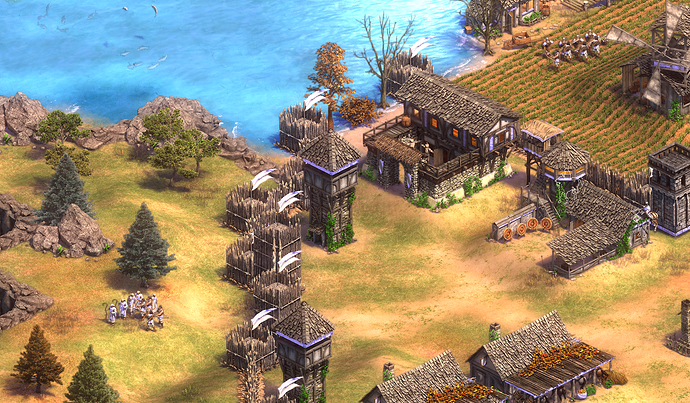 Okay, I believe I finally discovered, what’s going on. Apparently, it all has to do with the fact that the Set Visibility trigger no longer works properly. When I experimented by setting my own visibility to an opposing player, either nothing would happen, or all I would get is a blip of shadow. Thus, the enemies that are supposed to know the location of my base at the start of the glitched mission are now not aware of any of my buildings, meaning they can only go to a random square on the map that their player has already explored.

Allied visibility has been wonky as of late in general. My dad has been playing the campaign mode on a different computer, and he has stumbled across irregularities where “explored” areas would be missing buildings that are supposed to be there, for example. This is a general issue that I imagine applies to something broader in the game.

Apparently, it all has to do with the fact that the Set Visibility trigger no longer works properly.

Fantastic investigation on this topic! We’d also seen a reddit thread on this subject that didn’t offer nearly as much information, so I’m glad you took the time to post about and dig into the problem here. I’ve compiled all of the details you provided and passed it along to our Test team so they can take a look; I’ll let you know if there’s anything else they could use to reproduce this issue.