Ever since the african royals DLC have launched my game randomly freezes with the error dialog in the screenshot below. It sometimes happens early in the game (before age 2) and sometimes late in the game. I haven’t been able to locate any specific cause for the issue and it has happened on a variety of maps. This is similar to another thread (https://forums.ageofempires.com/t/d3d11-error-constantly-since-new-civs/143688) but my error message and code is different.

Sorry for this very unhelpfull reproduction but it seems to only happen on certain hardware configurations. I have only played ranked online so this might only be an issue online. I am running a Ryzen 3700x and a Nvidia 2060 Super. I have tried installing the latest drivers.

The game would not freeze. 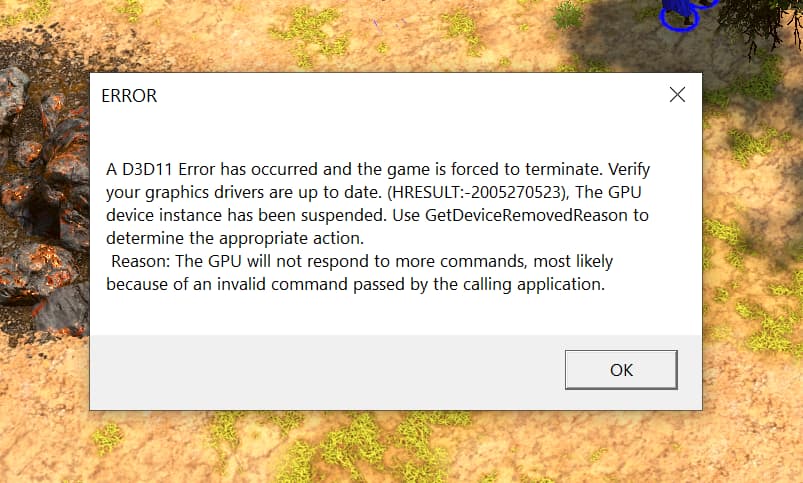 Unfortunately I do not have any recordings since the bug makes the game crash.

Hi @JakobUnn, thanks for your report. I’ve linked this report to the existing ticket we have for D3D11 errors and included your error code.