Dawn of the Dukes Feedback

In the new Dawn of the Dukes Campaign, Jadwiga, Chapter 5, Vytautas’ Crusade, is one of my favorite campaign missions in all of AOE2 DE. The final battle of this mission, you control well over 300 units in a large-scale battle against a TarTar horde. I thought this mission in particular, raised the bar for the quality of AOE2 DE campaigns, and made me feel like I was actually experiencing a historical battle.

In the original game, when the population cap was set to only 75, and computers were far inferior to the kind of GPUs we have today, it made sense that campaign missions would only reflect the amount of units a computer could handle at that kind of graphical fidelity. Many missions, for example, in Joan of Arc, Chapter 5, The Siege of Paris, the player only controls 58 units for what is supposed to be a reflection of a real world event where the French army had a force of over 10,000.

In 4v4 matches, where units in-game can reach 1,600 units with a population cap set to 200 for each player, it would be nice to see more missions that increase the battle size and army size to give a more realistic scope for a medieval battle.

There are a number of improvements that can also benefit large scale battles that could be added to the game in order to make things even more realistic.

There are some custom modders who are already doing this with recreation of medieval cities. Links: 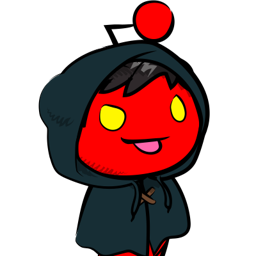 I really love where the game is going, and I think there is so much potential to expand on what this expansion has already done.

Very good feedback Conner. I appreciate your thoughtful opinion. However, I do think that adding a “second Imperial Age tier” is easier said than done. AoE2 DE has improved so much from the original Age of Kings, it is true, but the game does have to have its limits.

We already know that 200+ armies are very difficult to control, and that only the most experienced and micro-masters of Age of Empires can manage such things. Even TheViper would struggle to control such large armies! Watching him play the Barbarossa Mission 5 on Hard difficulty is hilarious to watch (it was back in HD days) because of how many mistakes TheViper made and how he almost failed to even complete the mission. Granted…Mission 5 was not 200+ armies, but it shows that even a 150+ army is difficult to control over.
Maybe it is a good thing that the larger the army (or armies) the harder it is to control it? After all, Age of Empires simulates you, as a monarch controlling your own realm. Even a single ruler would find it difficult to master control over large armies. That would explain why even the AI players often times are split into several AI factions in many of the missions, because even the AI cannot handle such large armies, much less a human player.

As for making economy more improved to satisfy production of 200+ armies, I do not think such things are necessary, given that post-Imperial Age eco-techs are already satisfactory in keeping up reasonable military production.

I thought this mission in particular, raised the bar for the quality of AOE2 DE campaigns, and made me feel like I was actually experiencing a historical battle.

That part of the mission is actually based on the Battle of the Vorskla River.

This would make the game closer from Cossacks, that has the formations you describe and whatnot, but its core gameplay is quite far from AOE. To make huge armies controllable in a RTS, Cossacks had to streamline many aspects of AOE such as the economy (resources are never depleted for example) on the one hand and on the other hand have an entirely different balance process.

Increase the number of selectable units in one group past 60.

I always hated this! I rarely use it in 1v1 matches, but when i play with friends i really need it.