DESCRIBE THE ISSUE IN DETAIL (below). LIMIT TO ONE BUG PER THREAD.
Suddenly my Russian Deck were changed, The defaults were gone and instead 2 Decks with chinese names on them appeared on my civ. I don’t remember copying anyone’s deck.
I encountered someone else posting the same problems on Steam forums, his decks were changed too.

When i went to switch civilization i realized that two of the civs that i play have been replaced and a civ i rarely play has rush decks and NR decks. Has anyone had this happen to them and Is there any way to revert this? I dont care about the...

How often does the issue occur? CHOSE ONE; DELETE THE REST!
Last time I played Russia, It was a long time without playing it.

I should have my personal Decks among the default ones.

As you can see, my language is portuguese and these decks are not mine. 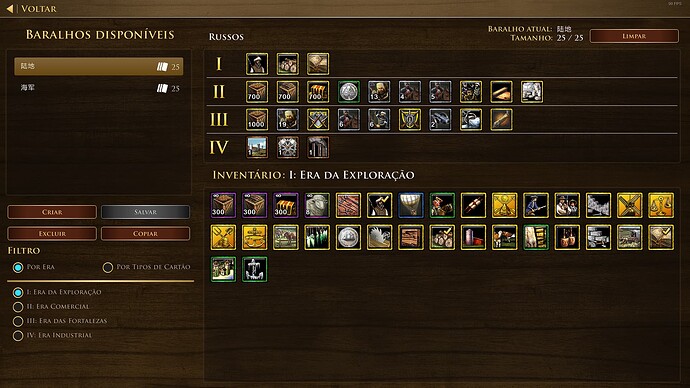 Hi @AFKnorris, thanks for your report! We are currently tracking this issue.

If you don’t mind, I have a few questions that may help us in the investigation and resolution of this issue: