Devs...PLEASE do not let us Real world map makers out of the game! 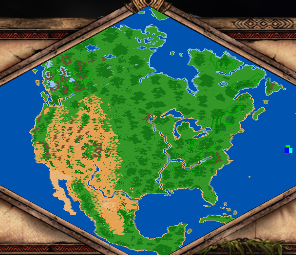 As small as we are, we love creating geographically accurate real world maps for AOE2, especially for Diplomacy games, I PRAY we get diplomacy and big map sizes options in AOE4
unlike AOE3…which has 0 diplo…

yea i hope we have big map size options. Bigger than “giant” map size in AOE2

I also hope we get more variables of mountains, grass types, trees, etc.

I remember these custom maps with all the continents was the most fun to play. Imagine if map sizes are bigger so these maps are created even more detailed. Tons of people would love it. More than some random generated maps for sure although Im starting to like graphics style for AOE4 a lot and even those should be beautiful. But custom stuff always can be even more beautiful specially recreated real world places

Agreed, the EARTH stock “real world map” of AOE2 is the prime example of why we could use bigger map sizes, the landmasses are TOO damn small, that the only options are to settle in the middle of russia or africa, otherwise good luck surviving those bombard galleons in europe, mexico or any country that isn’t that big 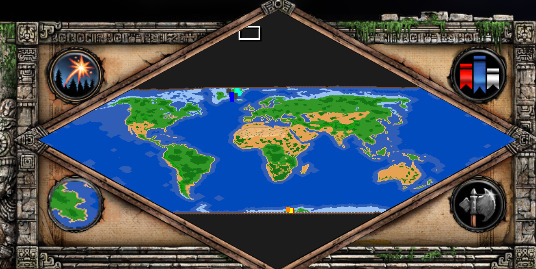 Some places like Japan, england, etc are pretty much non existent on this map, you can’t even place a house in there

BTW if you want join my Diplomacy discord, we play real world maps all days 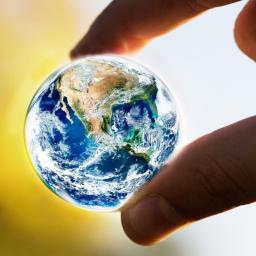 Check out the Age Of Empires Diplomacy community on Discord - hang out with 28 other members and enjoy free voice and text chat.

I would like if map size would be as big that u can actually create docks on go fishing in this kind of river. On good old AOE giant map that river is smaller than 1/2 villager so its just aesthetics to look at. This is why bigger pop limit would be cool as well so u can create empire at 1 side of the map, mass army and go conquer the world. Not the type of stuff we getting in pro games where 1 base from another is 30 sec long walk away. Yes this would be bad for pro games and e sports but this is a fun map to play for fun players

“Not the type of stuff we getting in pro games where 1 base from another is 30 sec long walk away. Yes this would be bad for pro games and e sports but this is a fun map to play for fun players”

Sadly, I feel they are taking this aproach with AOE4

Also this is how the river looks, you can cactually put some docks there and fish, not too much space

idk why but they really messed up in aoe3 de with customs A: they made the mistake of lumping in custom maps with mods in general with caused lots of issues with their stupid mods enabled lobby browser filter thing. and B: even as of now customs is barely playable due to how just unstable everything is from the “mods” not being able to even download at all, to the basically every game at any time crashing due to out of sync errors they made sure to scare off as many of their player base as they could. i really hope they learn from their issues for the new game make the scenario editor more user friendly, make the custom maps separate from the regular mods, and easier to share said custom maps

Custom scenarios should work without mods. AoE3DE has mediocre multiplayer support for scenarios.
Which is sad because it has so many things that AoE2 just can’t do.

I do hope that the map size in AoE4 is not just fixed increments but that we can choose any size we want. Also the upper limit should be out PC crashing no need for a fixed limitation.

I agree! we need to be able to choose any sizes we can! even bigger tham luducruis of AOE2DE!

Yep, that’s one of MANY the reasons why I didn’t touch AOE3

Gotta say I hope diplomacy is an option… for casual and serious FFA.

I play AOE 3, and lead the largest longest living FFA clan of over 200 members (though not so many active anymore)

I feel the true FFA experience is without it… in a sense I feel like this is how the game was really meant to be played. I don’t want to see every FFA turn into team games. In some ways it is the most high level strategic thinking and playing of the game in knowing who, when and what to attack with.

Sure often alliances are formed, but its much easier to fight 2v1 if the other players are not technically allied. It gives people a sporting chance.

there can be only one!

im personally tired of all the “pro”/“veteran” players in both aoe2 and 3 who have been camped in casual lobbies.

all they wanna do is crush people as fast as they can, they use all the pro strats the same build orders and units ever single time and some how get unstoppable units within like 10 mins. now im a casual player and ive been playing aoe games since they first game out.

I never went and studied all the build orders and strats or watched the you tube tutorials so im not exactly a good player im average i dont use macros or groupings i just like to play a chill fun game.

I am pretty casual myself, but after thousands of games played its just natural to get a little better than most. That is what concerns me about diplomacy is that if all games have it by default, turns FFA into something else. (while it can be fun in certain scenarios)

FFA is perfect for causal players. Its what I loved about it, no toxic rank mismatchups, and people complaining if you make a mistake… there is much more player interaction, semi alliances, people hiding, and getting protected and running bases. Anything can happen and each game is so unique VS, knowing who your enemy is and attacking them as soon as possible. I think I played a few hundred games before I won one legitimately. But I always wanted to attack the best players to learn from the experience and eventually get good enough to take them on.

Then I did watch some boom tutorials, and adapted them to FFA style decks and improved greatly as a few key things done early on really set one up with a much better graph. Its not so straight forward as it looked. Then I picked Spain and finally found my civ to kill Japan, which at the time was my crux.

When DE came out and removed the ranking system that was a bad move… I still play legacy, its got its own issues but is still a great game.

Links are FFA/ diplomacy How to implement it so variety of FFA choices are available.

Where can I find the East Asia map? Think that’s the best version I’ve seen so far.
Have made a couple East Asia maps as well, but that one seems better than mine.

Don’t confuse us veterans with the tryhards or pros though. I’ve been playing almost exclusively FFA since the game came out, and is still very much a casual/noobish player.
There are many who just play this game for fun without being tryhard about it, and FFA games are perfect for that. You often see the “Technically” best players loose due to bad decision making.

I’d love to see a Sudden Death(Only one TC, and loosing it kills you) mode with nomadic start for Real World and custom Diplo maps though. Would make maps of Ludekris size or bigger a lot more viable without encouraging 5h+ games.

sorry for late response but you can find it here 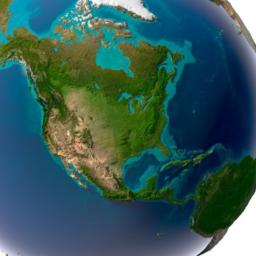 Check out the Age Of Empires - Diplomacy HUB community on Discord - hang out with 694 other members and enjoy free voice and text chat.