Devs, you got the Mexican flag wrong

I’m currently loving the new Mexican civ, it is quite amazing and makes me glad I picked up this game again after so many years… but there is a small yet big issue: the flag is wrong.

Don’t get me wrong, I’m not saying I want the common Golden Eagle tricolour, I love the exposure the early Trigarante flag is getting, but a mistake was made as the red and green in the flag were switched in-game when compared to the historical flag.

The difference is enormous and it really is a stain on an otherwise excellent civ until now. I really do hope they fix this with the inevitable patch.

This Historical Research Behind the Mexico Civilization - Age of Empires

We are thrilled to have announced the Mexico Civilization for Age of Empires III: Definitive Edition, which will be available to play

As some of you may have noticed, the flag flying over some of the Mexico Civilization’s landmarks is not Mexico’s official flag. While researching Mexican culture, our team learned that the Mexican flag is protected under a law signed in 1968 by President Gustavo Diaz Ordaz. This law states that the flag, the coat of arms, and the national anthem of Mexico can only be reproduced for official government purposes and must be respected and honored by all people at all times. The history of the Mexican flag’s evolution, however, is extensive and the flag has had many different representations over the years, thus enabling the Age of Empires III: DE team to develop a game version of the flag honoring and celebrating Mexico’s rich history while avoiding the use of the official trademarked flag. The flag created for the game still has the representative white, red, and green colors, but they are placed at a 45-degree angle rather than being parallel to each other. Each stripe has a golden star, inspired by the flag of the Trigarantes: the flag of the Three Guarantees. 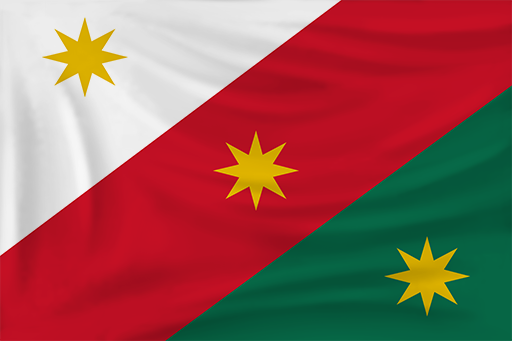 To our Age of Empires Mexican community, thank you for all the support you have shown us thus far in the launch of our Mexican civ and we also thank you for allowing us to share your culture with the rest of the Age community. !Que Viva Mexico!

I knew something was wrong when I saw the Mexican flag in-game, and I was familiar with the Trigarante flag.

I don’t understand how an international company could get in trouble for making a graphic representation of the Mexican flag for a videogame (technically a piece of art/entertainment, and so likely exempt under typical fair use), or how it was somehow okay to use the eagle tricolor for Revolutionary Mexico before the DLC but now it suddenly is considered illegal. Are historical flags for Mexico also off-limits legally?

I can see exactly how they could get in trouble especially in today’s age of SJW’s and political correctness.

There has never been a respectful representation of the Mexican flag in a video game that has had the Mexican authorities hound them.

I appreciate the enormous effort that went into the civ, and while the law has never been used to persecute a videogame with a respectful representation of the flag (nor anyone within Mexico or abroad that uses it respectfully), I believe that the Trigarante flag isn’t protected by the same law. And even if it was, it seems weird that changing up the colour scheme is somehow “more respectful” to the honour law that protect the national symbols than actually portraying the historical Trigarante design. Just my opinion, though, I still love the devs work.

TBH I would prefer it too if Mexico would use the official Trigarantes Flag too, especially considering that the Mexico revolution option uses it afaik.

Seems like they wanted to be on the safer side with the Mexico civ addition.

There are some llegal issues with Mexico’s flags. So devs change it to avoid problems.