Did the Ethiopian card Cartridge Currency change? I thought it used to give 2 gold for musketeers but now it seems like it only give 1 gold? I didn’t see anything about it in the patch notes. Same with the tech that gives a raz and influence (this tech also now appears to be 1500 influence now). As a side note when I was testing with an ai it revolted into Brazil and the Voluntarios da Patria granted 0 coin and influence due to their low kill xp… 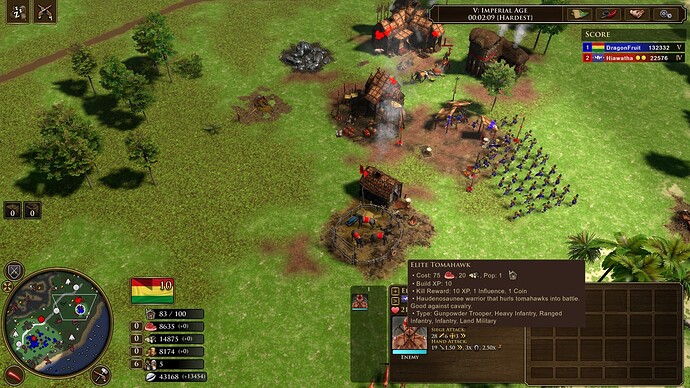 It doesn’t really seem worth it to me since now you have to kill 1000 infantry units to make up the cost of not sending 1000 gold.

I havent tested it myself, but I think it’s by the cost and level of the unit.
For example, an un-upgraded musk would maybe give you 1 coin, but a full upgraded mahout would give you 15…

And about the ones giving you 0 coins, I think they might give decimal earnings (0,5 coin or something).

There was a youtuber that showed that the game does indeed count decimals (Proof would be the trickle cards).

It just might get more efficient in the late game if the enemy by upgrading his units also increases their kill reward.

With my testing I think the value is calculated based on kill xp (around 1/8 the kill xp ± 1) and I’m pretty sure kill xp does not change with upgrades. 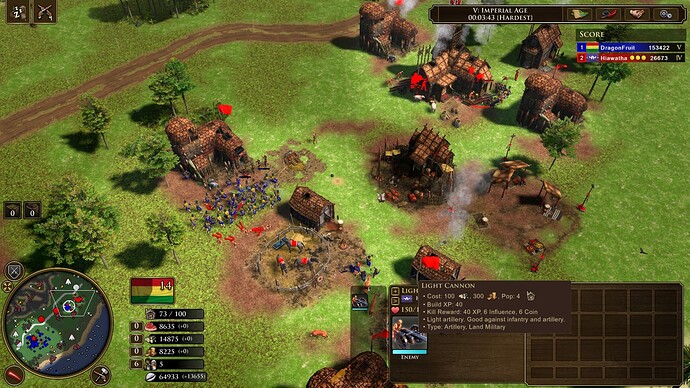 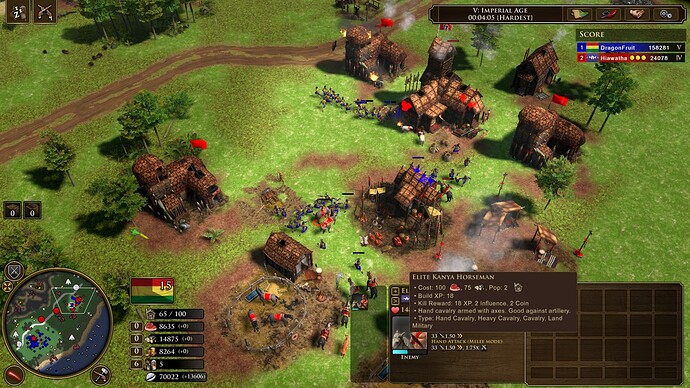 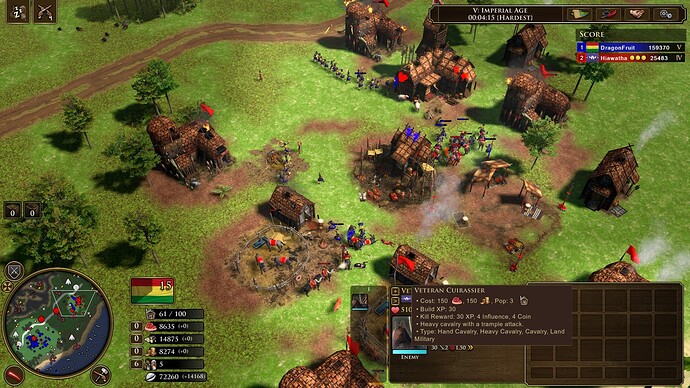 screen71920×1080 381 KB
Forgot about the decimal values so I think your right they were probably giving 0.5 coin.
It’s also possible that I am just missremebering the value it gave in the past.
1 Like