Hey guys, i have the game from MS store and steam.
I just upgraded my Steam version to the lastest build, it now runs Build 28218 while MS Store version is running build 27805.
So when i look for a game in steam and MS store i find diferent games.
At this moment, there are people playing 3 diferent versions, the old MS Store version, Build 27805 (lastest build available on MS store) and build 28218 (lastest build availabe on steam).

Yeah and the release confused so much people. Some people i saw streaming bough the game yesterday and was playing on the old client. Not the smoothest way to do things.

I cannot even install the latest version from MS Store. Keeps throwing me an awesome pop-up

Hey there @KGBcrazy ! Thank you for the report! On Tuesday we released a new update (Build 28218 to address some of the initial issues preventing people from playing the game. Unfortunately, there was an issue which has delayed the release the same build to the Microsoft Store version of the game. This resulted in the build being delayed (which is still the case), causing a mis-match between the two game clients.

I cannot even install the latest version from MS Store. Keeps throwing me an awesome pop-up

Make sure you’ve grabbed all the latest Windows Updates, as well as Store updates. If you are not on Windows Build 1903, you will not be able to find and download the correct client version.

More about doing so here: Upgrading to the latest Age of Empires: Definitive Edition (Windows Store)

Yes. I also have both versions (Steam and MS store) and notice the same thing. This is very sad, I was enjoying playing AoE:DE… now things are broken

You should be able to play both versions, though they will temporarily be on different builds. That means that multiplayer will be split for the time—at least until we can release the Windows Store build.

And when will be that?

As soon as possible. We don’t want you waiting around either; the team is hard at work getting things fixed.

Hello everyone! Build 28218 is now available on the Microsoft Store, meaning cross-play is once again available for all Age of Empires: Definitive Edition users!

Thank you for your patience!

Great news, please make sure for any future updates that both are available at the same time.

Hello everyone! Build 28218 is now available on the Microsoft Store, meaning cross-play is once again available for all Age of Empires: Definitive Edition users!

Thank you for your patience!

Mine still wont update. When I click get updates in the windows store it tells me everything is up to date

I did. It still wont update the game. It tells me everything is all set.

Could you post a screenshot of your MS store update history? 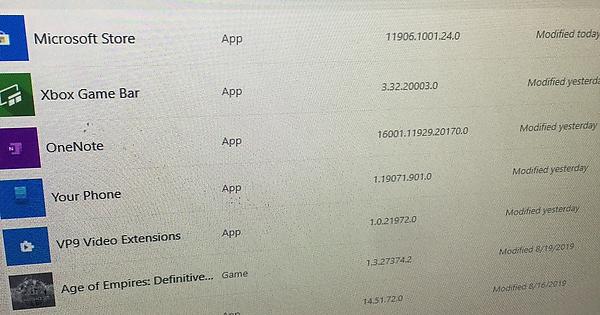 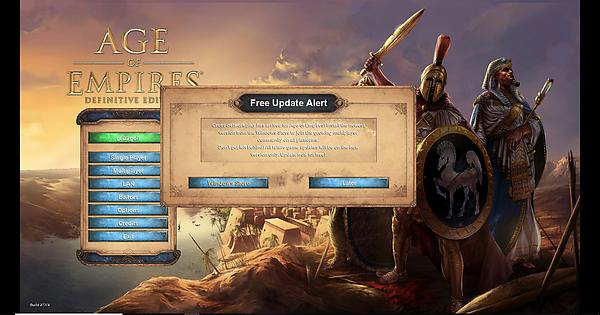 Hey Grizz! You’ll need to download the new client for the game. You can find the new game client here: https://www.microsoft.com/en-us/p/age-of-empires-definitive-edition/9njwtjsvgvlj?CustomerIntent=Consumer&activetab=pivot%3Aoverviewtab

When I go to that page it tells me to Install/Play. Do I have to redownload all 16gbs of the game to get the update?