Just wanted to see if anyone else is in agreement here… I think it would be beneficial to disable building wonders in Michi. It has happened several times that for some people it just becomes a race to imperial to build a wonder. It is often impossible to make it in time and cut through the wood and it just doesn’t seem fair. Yes, I could do the same, but where is the fun in that?

Giving that both team have same level you can definately crush them to the hell, especially in 3v3 or even 2v2 game.

I am not a big fans of wonder but I encounter a guy who go for wonder in 3v3 game so that I go for a wonder to counter it. When my team cut through the wood it become a 2v2 game since two of us are building the wonder.

Wonder can give both team a option to force enemy to go for an objective which I think it is always good to have more option to make the game messy. If you find a game that your opponent can fast imp + build wonder + able to cut through the tree and counter all your attack, the problem is not the wonder but the queue system which is always a problem and cannot be avoid until the player base of this game increase

I think the easiest solution is go rank and there is no wonder win. problem solved 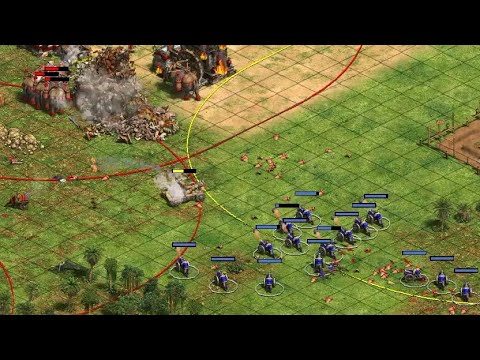 Why not just use the Conquest victory condition? (I think the only other difference from Standard is that it disables Relic victories… but on Michi there are Relics on both sides so it would be quite the heist for a Relic victory somehow 11).

Wonder victory should be a legit way to win on Michi on ranked also…!

I’m still kind of surprised that Conquest victory is the standard way to play. When I was a teenager I always used to play on Conquest against my brother, since we thought relic and wonder victories were overpowered and felt kind of unfair. So to me, playing on Conquest feels like (for want of a better word) the noob choice of victory condition - on a level with the other ridiculous things I used to do, like using unique units every game, and not attacking until my units were fully upgraded.

I’m a big fan of Wonders though, so the fact they might be vaguely viable on Michi is a good thing in my eyes.

so the fact they might be vaguely viable on Michi is a good thing in my eyes.

Yes I am totally agree with you. As long as is it not overpower and cannot be balanced, having more option to force opponent to react are always a good thing on a team game

Why not just use the Conquest victory condition?

Indeed. There are a surprising number of threads calling for some kind of change for things that are already mostly or entirely in the players’ control. If you create or join a lobby that enables certain possibilities, you should be prepared to encounter those things in the game.

So to me, playing on Conquest feels like (for want of a better word) the noob choice of victory condition

The majority view online seems to be quite the opposite - that whatever the context of the game, building a wonder in a standard victory (unranked ofc) lobby seems to be considered a noob move. To the point that back when I’d play with wonders more often, even team mates would sometimes demand that I delete the wonder, or would attack-ground it with onagers. I still prefer to win by conquest in most cases, but, I often set my own lobbies to Standard to allow for more varied play. If you don’t like the fact that someone is going for a relic/wonder victory in an unranked game, don’t blame the player… blame the host and their carelessness while setting up the game. Players that don’t notice that standard victory is enabled, it is their own fault, not the player taking advantage of the situation.

whatever the context of the game, building a wonder in a standard victory (unranked ofc) lobby seems to be considered a noob move.

Yes, but in a roundabout way, this is what makes me think it’s weird that Conquest is the standard choice. Why disable victory conditions that are basically unviable anyway? To me, it only makes sense to play on Conquest if you’re afraid that your opponent will go for a relic or wonder victory and you feel that that somehow “spoils” the game.

Indeed, this seems to be @NamedDig8800620’s motivation: they’re playing Michi presumably because they want a big post-Imperial battle, not a wonder race.

Maybe I should have been more specific. I was referring to quick play where you can’t modify anything.

I have nothing against wonders in general. I think they’re an interesting addition to game play (and relics for that matter).

I am referring to the use in Michi specifically. The fact that I have noticed an increased use of wonders in Michi in quick play (my own experience, of course) leads me to believe that it is because people believe there is an increased chance of being successful with this strategy when compared to other maps. I believe this to be the case personally.

if you’re afraid that your opponent will go for a relic or wonder victory and you feel that that somehow “spoils” the game.

A lot of people seem to think that, at least at mid level unranked ~1700+, which I think is pretty scrubby. I can’t speak on how it’s perceived in noob games, but I imagine it’s considered more acceptable there (in line with more strats generally being viable there). Oh well.

######################## post:14, topic:214113"]
Maybe I should have been more specific. I was referring to quick play where you can’t modify anything.
[/quote]
Ah, that makes sense. TBH I don’t see Quickplay as offering much in exchange for its diminished flexibility, so I never use it. IMO worth waiting the extra minute or two for much greater control over game parameters.

Also, it censors my quote of your name in your post lol