Couldn’t find the official thread for the disconnections. Feel free to merge/move.
My teammate got disconnected in the first log file (jokerwin09, blue, ethiopians). It was the first ranked match of the day.
In the second file, I got disconnected (Hectornauta, grey, britons) with the match not even started. My game got stuck in the loading screen and (according to my friend) I did not have the “tick” mark during their loading screen. The match started without me (I appeared as disconnected). i had to quit by Alt + F4.

It happens from time to time, there isn’t a patron. Since the last patch it happens

But one week before the patch it happened

Includes the 2 log files from the matches mentioned and the recorded game fromthe match where my friend got disconnected.
In case I get more disconnections in the future I’ll try to upload the new logs again
https://1drv.ms/u/s!Avs6f7XsqeDUzzAd9oJz2QwWpUsd?e=3MSq9d 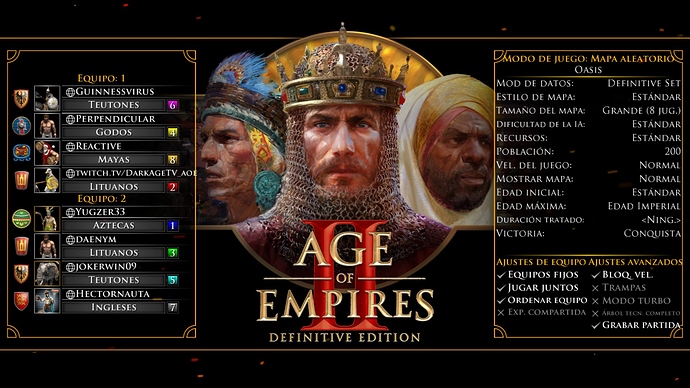 Hi again, just wanted to include logs from October’s 10th when me and my friend suffered disconnections.

Here is the OneDrive link

The enhanced log is compressed using 7zip because it is 300 MB in size.

That’s all for this report.