I feel a bit offended that they put Venice and not Rome. ¿¿Why not??

This seems to be Venetian civ, not ITALIANS civ.

And Royal House of Jagiellon
But I’m not sure… not about Poland(-Lithuania) but another DLC. Will there be another expansion? I hope, but man that’s a lot of stuff and I wonder how IP owners feel about it and what’s the plan.

Clearly they don’t think support for 2DE and 3DE collides with AoE IV, but it’s weird to see that. Other companies like EA wouldn’t allow such long support I think.

I feel a bit offended that they put Venice and not Rome. ¿¿Why not??

This seems to be Venetian civ, not ITALIANS civ.

Well it’s interesting, but everything it’s a compromise.
So- I think Venice is more picturesque choice for a HC, also unified Italy wasn’t present for like 97% of AoE3’s timeframe, so they picked most powerful region to represent that civ.
And Republic of Venice was certainly very wealthy and important for a long period of time.

Weird, but I can see it.

The way they design European natives is very unexpected. People were expecting peoples or mercenaries but they went for houses.
Does make a lot of sense though.

i understand it, but having all these papal units and the metropoli being Venice it’s a bit weird

Really proud of the team at FE for bringing these new civilizations together. There will be a lot of European history to discover in this DLC, hope you all enjoy it later this month!

Yeah it is. There’s literally too much content on Apennine Peninsula and AoE3 encompasses too many centuries, to create something that would fit AoE3 format and be historically accurate.

Unified Italy, just like Germany, barely fits mentioned timeframe. So people have settled on ‘this is a name from an ethnic group and not a specific country’. Following that logic, Devs have more freedom in shaping civ in game.
In a different game you’d have to have 4-5 smaller Italian factions, but this format wouldn’t even fit AoE2, not to mention AoE3.

As a community we are also proud to have such amazing devs which are so passionate and caring.

Simply thanks. You guys are magnificent.

Thanks devs. I will buy this dlc and support the game.

Big thank you! I hope that is not the last DLC, I would love to learn about other continents! (Yeah, I know that this DLC isn’t even out) 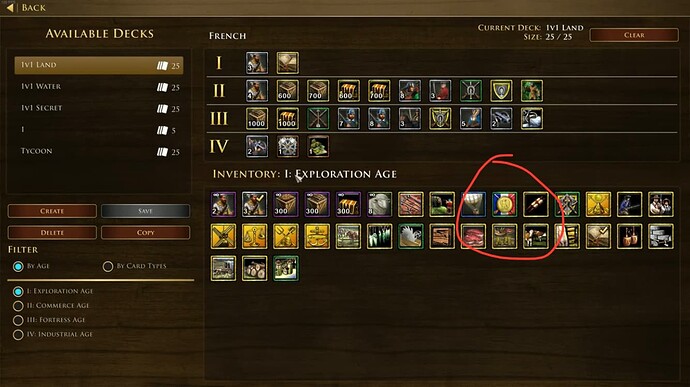 Hoping the Germans get some new cards too.

Did he go back to AoE3? Huh. Kinda stop checking it out after he pivoted 100% into IV.

One other thing I noticed from the videos is that some revolutionary units that were basically reskinned outlaws or mercs (pandours, crabats, etc.) are now distinct units.
Will revolutions also be changed accordingly?

I think there is an update for Europeans in general as a result of the expansion.

That would be awesome.
Also they inserted some quite strong techs seemingfly from NE and WoL into the European “natives”. Maybe the European civs can have some synchronization with their respective houses.

He just comes back to do a video when Microsoft gives him early access to some new DLC so he can make an easy popular video. He dropped by when the Mexican DLC launched as well.