Do you remember these press release Images of Age of Empires?

I remember seeing a long time ago some very rare images of the first Game of the Age of Empires franchise when it was going to be released and announced on the press in 1997, it had many of the original artwork from the game, but over the years most images were lost to oblivion until I finally found a gallery with some of the Images in high resolution that I saw many years ago, I wonder if these images bring back some memories about any experience you had with the game? 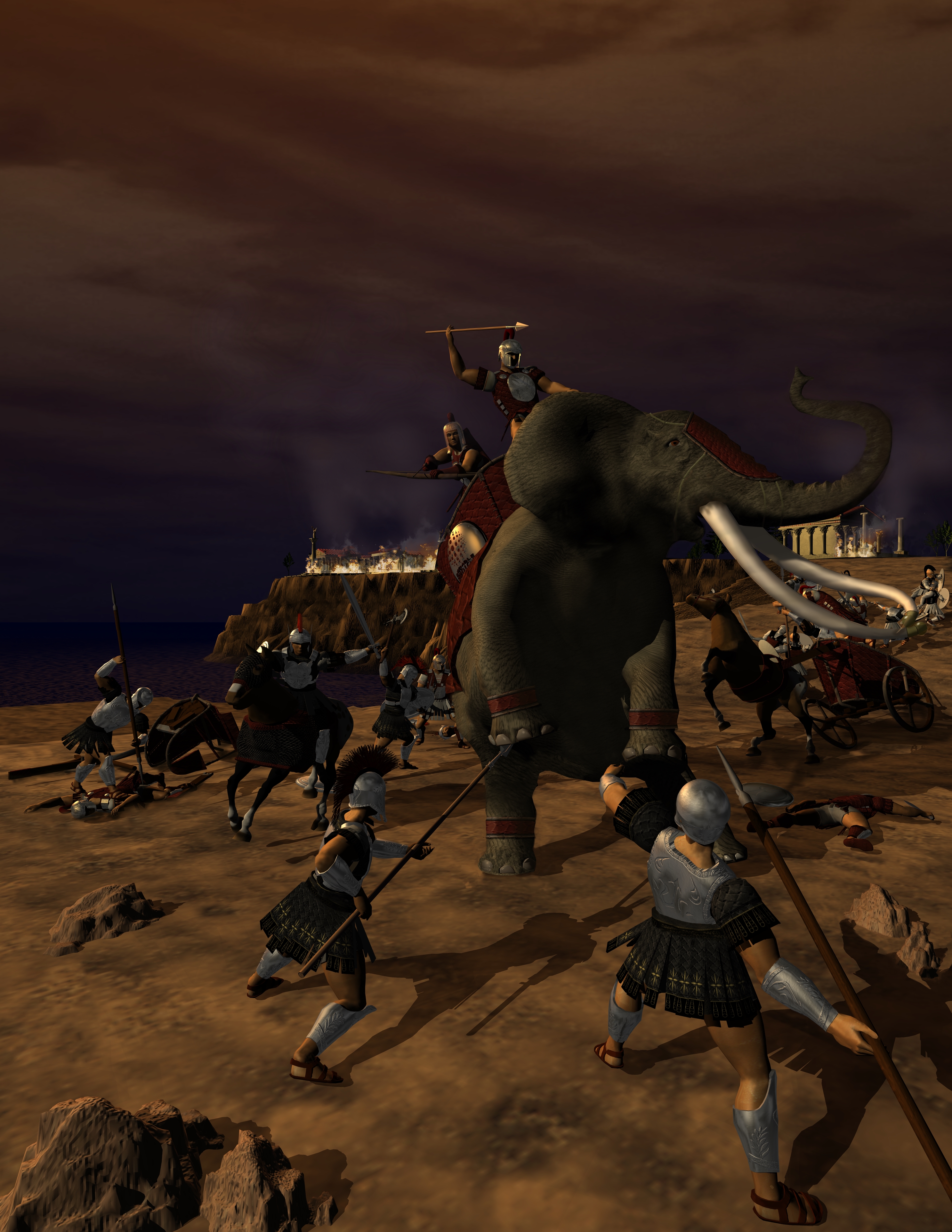 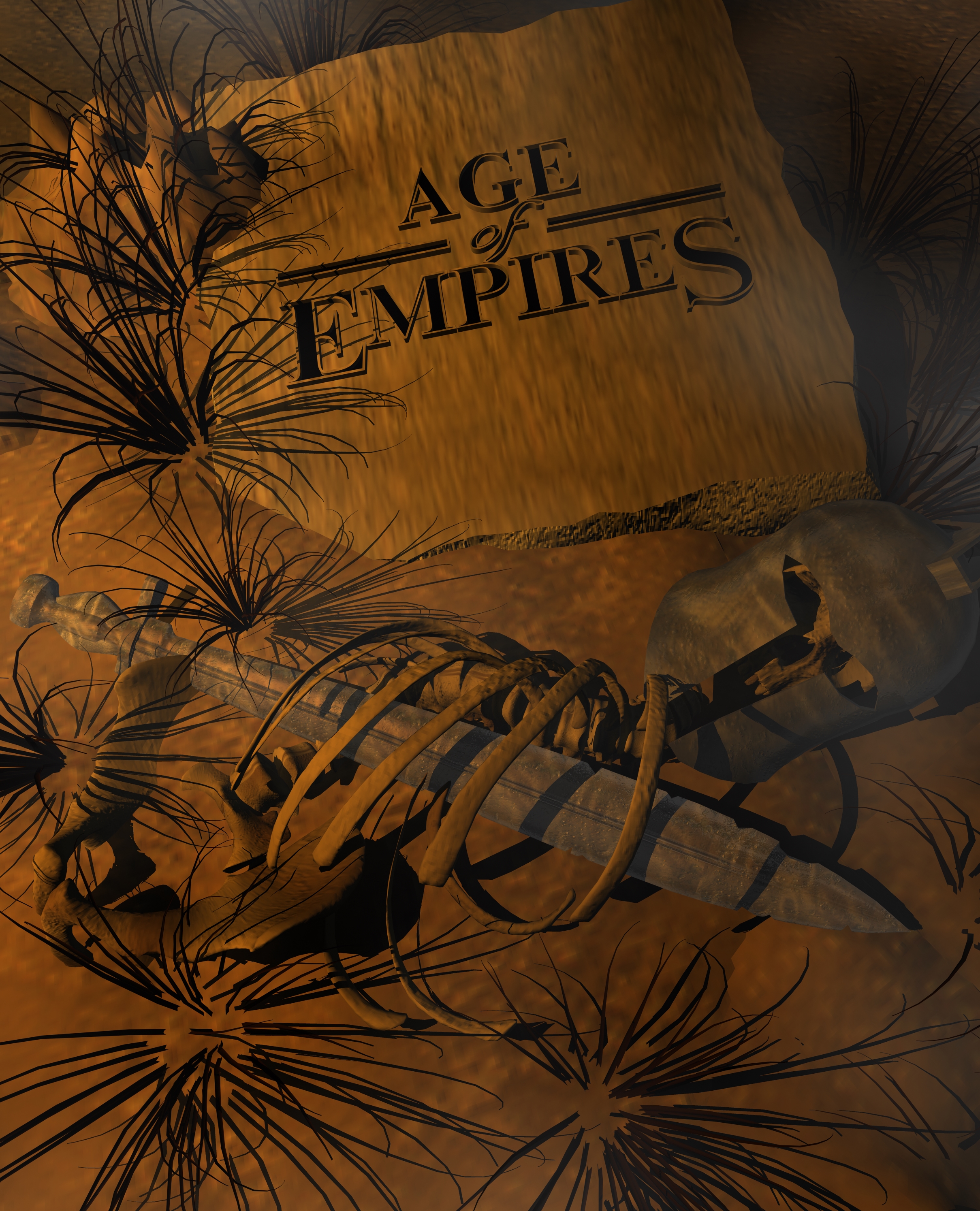 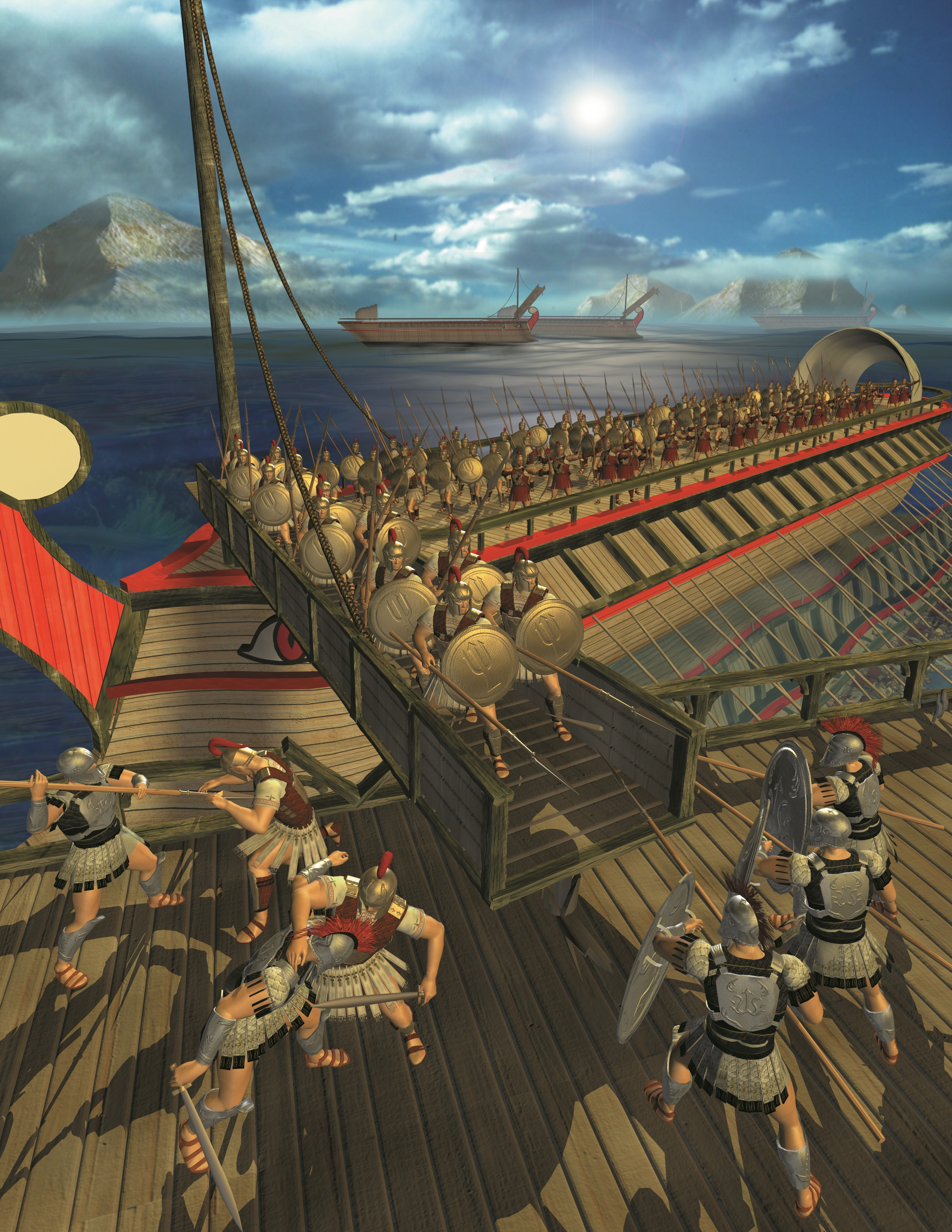 Well, they do, I’m 31 yrs old now, When this game came out with this pics i was 8-10 yrs old, and I remember sitting in my Step-fathers study next to him watching him open the new box of AoE, from Walmart and i remember him putting the CD into the computer and starting the game, the excitement we both had, then when i got into my teen yrs and AoE II came out i followed my Step fathers lead and I start playing the series and I fell in love with it and now I am a true AoE Fan Boy.

The last one is new to me! I remember the other two from the game itself. I saw a preview of AoE1 in a gaming magazine before it came out, but as far as I can remember there wasn’t any CGI stills there. It was just half a page of text and a few staged ingame pictures ala the ones that you find on back on the box.

I forgot to give credit to the original Uploader “Throwingaxeman” thanks to his gallery is that I was able to share these pictures.
The most common ones that appeared on AOE Fan sites were these:

(This is the most popular image from the gallery, it has been used over the years to make memes, jokes or even stories) ![](https://i.imgur.com/SgebTms.gif "") And one of my favourite images was one of a Roman General with his Horse Rearing on while he lifts his Sword as a sign that he was leading a battle. This picture to this day is the official **Heavengames** portrait to their Age of Empires website. ![](https://i.imgur.com/uau5cag.gif "")

Wow, what a Throwback, this is one of the most interesting threads I’ve seen in a while, thank you for sharing these wonderful pictures from the past to the community.

The one with the Egyptian columns look amazing, surprised it wasn’t used as background in one of the ingame menus.

The one with the Corvus was also very interesting. Never knew they had any images of naval combat.

The last one with the “Behind the Scenes” setting is hilarious. To think they went through the work of making 3D models of their own staff for a promotional image.

awesome! good job for sharing these! they are awesome 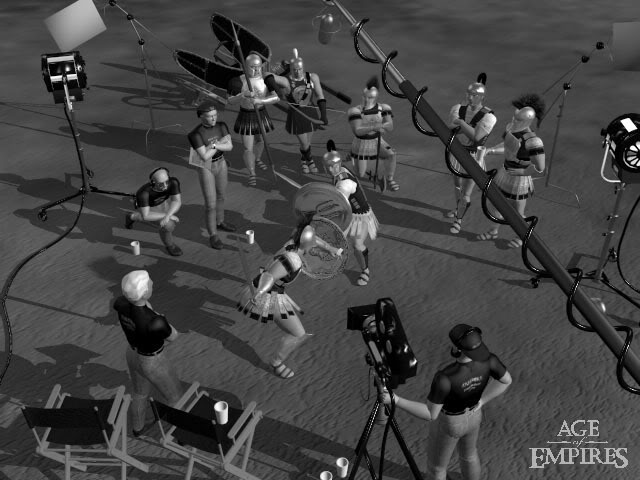 Someone had a sense of humour

Amazing stuff, thanks for the sharing !

Someone had a sense of humour

my favourite one, it seems that the dev team had some fun… and some extra time

From this gallery I remember seeing these some time ago besides the ones that have been already posted: 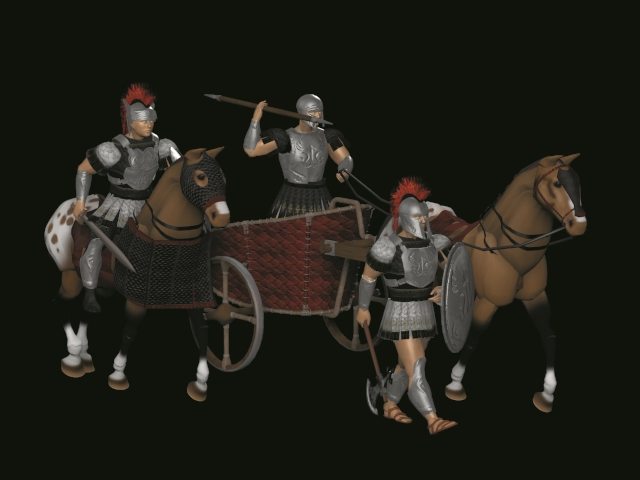 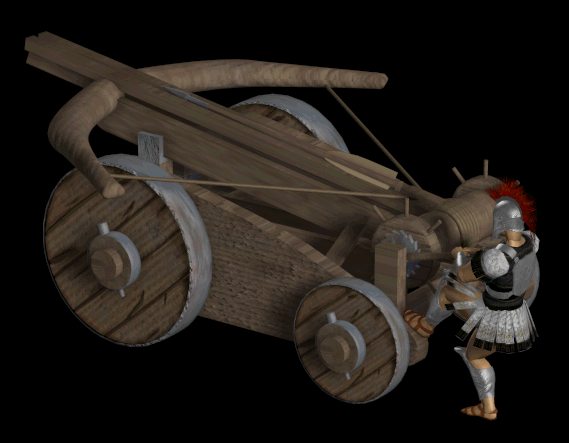 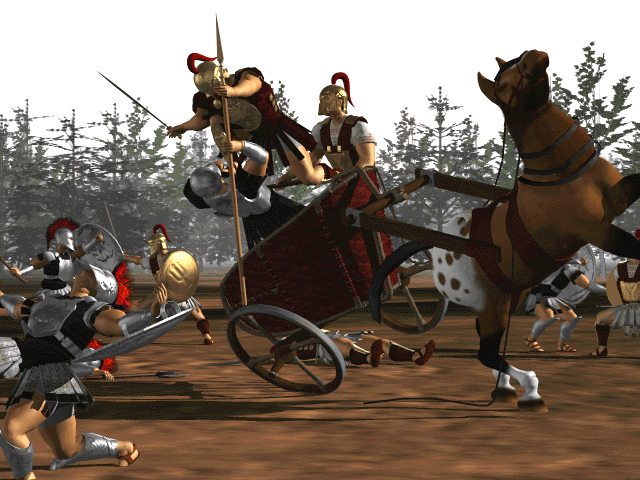 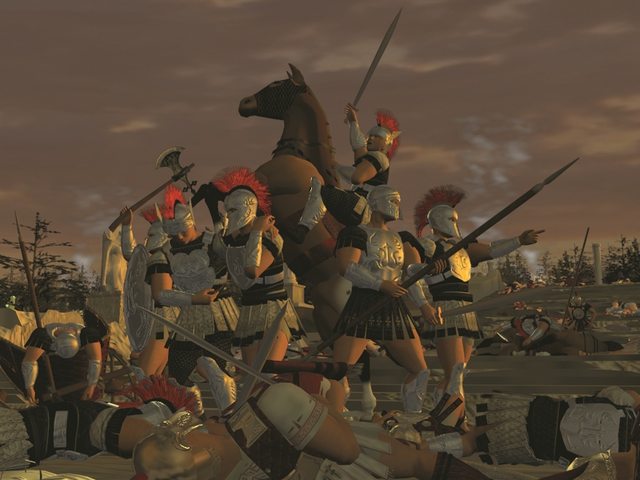 I haven’t seen those in a very long time. Strange to think how long it was ago. Thanks for sharing.

A step back into the past. My nostalgia bells are ringing

Still no romans from multiplayer Background…

When the games were great!!

Most of these were in the manual, but I’ve never seen the original images!
Thanks OP!

Hello to everyone, I am the original uploader of these images, I am glad @Charlie1 crediting me for the AOE gallery and also the original creators (Ensemble Studios). I haven’t been very active lately, but I may add in the future more images from Age of Empires, I think I have a few from ROR. Most of these images are also located in the AOE Heaven forum in their original tiff format in the Official Age of Empires Press Kit
Here’s the link: AOE Heaven

The size of that ballista is ridiculous! I once watched a short “documentary” about people making one that was that big. It didn’t do too well. They tried to use materials that would have been available back then.