Does the mosque in hause homecity really exist? 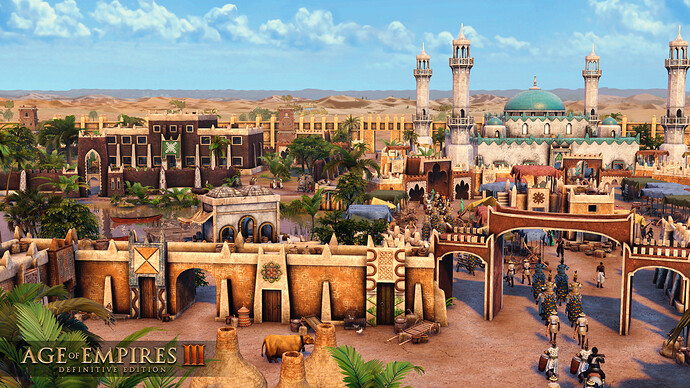 E6R6ZcSXEAAZ4Xn1920×1080 1.04 MB
This beautiful mosques seems very modern very colorful. I think it resembles the Great Mosque of Kano which was constructed in mid 20 century. So i’m curious whether the mosques in AOE3 timeframe (maybe 15-18 century) looks like this? I didn’t find much resources on google. 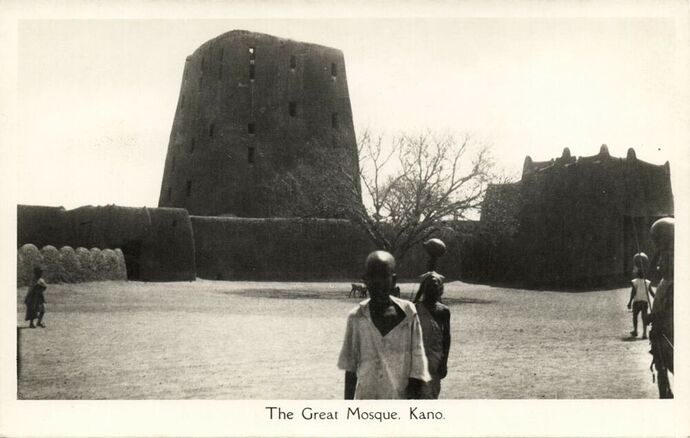 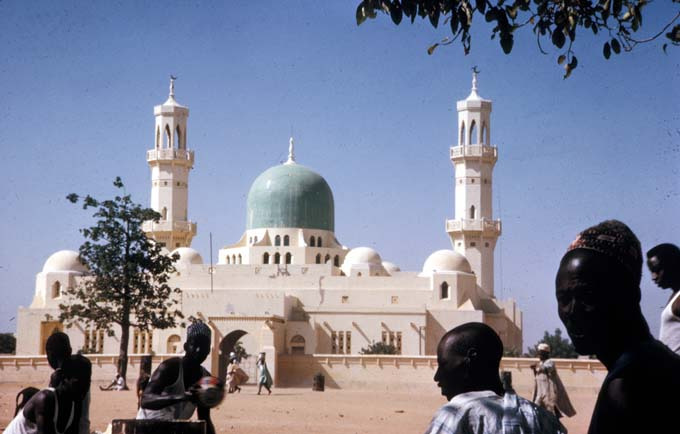 this is the mosque, it is in Kano.

Yes i know. Great Mosque of Kano. But wikipedia said it was destoryed many times and was rebuilt in 1950s. I just wonder what it looks like during the AOE3 timeframe.

Roughly the same I suppose

Really? Could Hausa people build so tall and beautiful minaret at that time? Is there any other evidence?
Because Gobarau Minaret looks very basic and different. 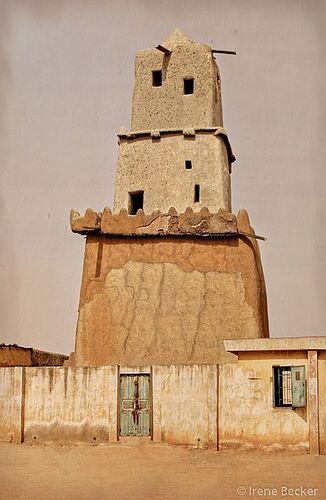 There’s no reason to believe that it should look completely different either.

Reconstructing/restauring does not mean completely changing the way a building looks.

From what I’ve read, there is a very high chance that they changed a lot of the building’s design. There’s a picture from 1938 that shows what it used to look like (it was probably in a pretty high state of degradation by that point). You need to understand that the standards for reconstruction/restauration were very different back in the 50’s.

Take a look at the Wikipedia articles on the Hausa people and Hausa architecture. It seems to me that there wasn’t some monolithic Hausa-style of architecture, but rather that different styles were used over different time periods and in different places (with common Hausa-elements like their decorating style with the beautiful painted walls and building materials).

According to Wikipedia, “the Gobarau mosque was designed and built to reflect the Timbuktu-style of architecture.” I think what that refers to more specifically is an architectural style known as “Sudano-Sahelian architecture.”

Then you have something like the old mosque building at the Gidan Makama Museum in Kano, Nigeria. I guess this facility/group of buildings was originally used as the palace for the Emir of Kano, and was built in the 15th century: 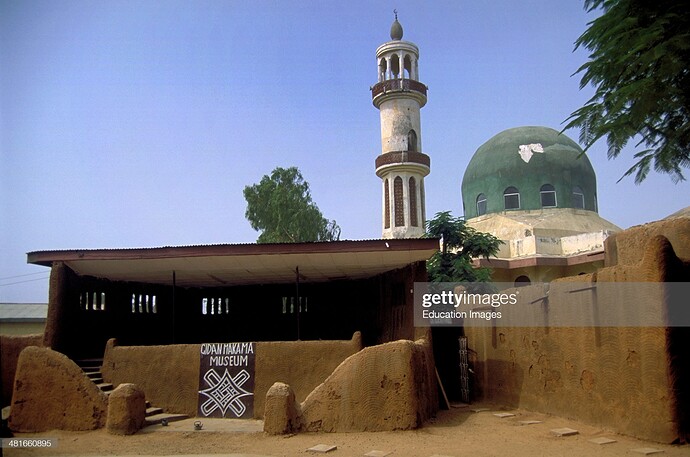 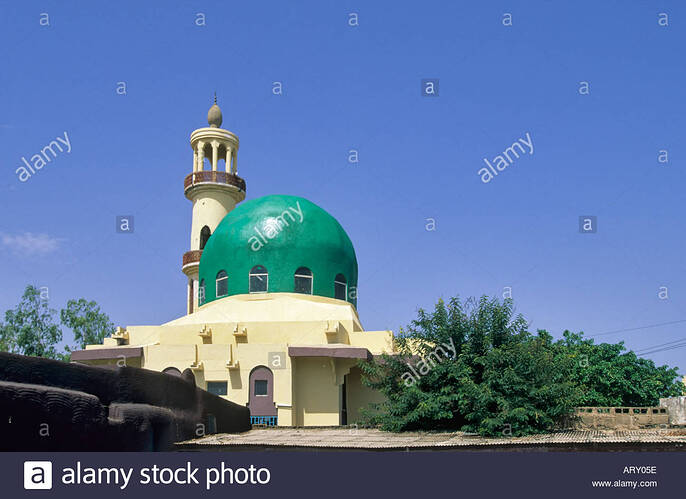 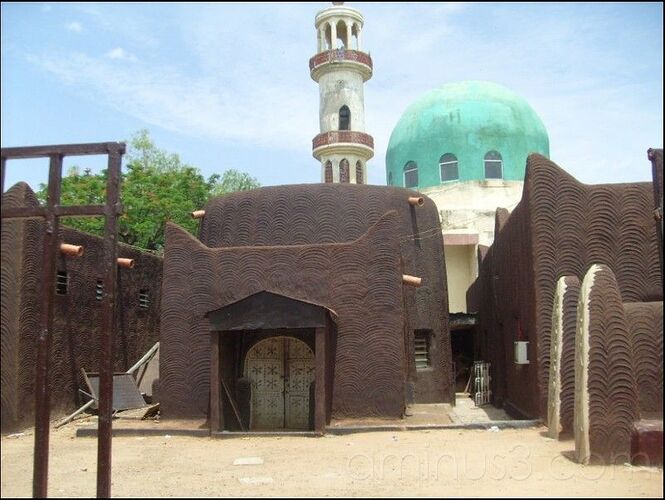 This looks to me very similar in style to the “Great Mosque of Kano” pictured above, almost like a scaled-down version of it. So it seems to me that the answer to your question “Could Hausa people build so tall and beautiful minaret at that time?” is: Yes.

Saying “I get the impression that west african historical buildings are made of mud” approaches this from the wrong angle… bricks are made of “mud”, or more accurately clay, it’s more so a question of if the bricks are air-dried or fired in a kiln to make them more durable. For a European example of mud-brick architecture, I refer you to the Citadel of Grimes, constructed 1565–1577: 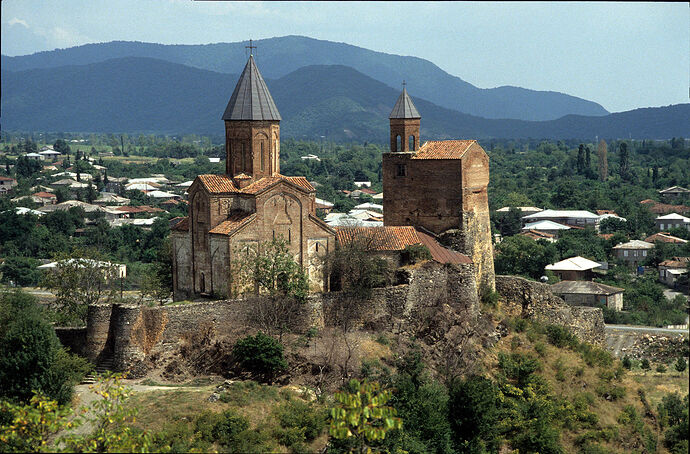 EDIT: One more thing I’ll add quickly, regarding your comment that the “mosques seems very modern very colorful.” I think when we appraise historical architecture we often make the erroneous assumption that these buildings were sterile and plain back when they were in use.

This is because the paint and decorations of historical buildings often wear down over time while the overall structure remains for us to appreciate in modern times. A great example is the sterile marble of Ancient Greek architecture that survives today, versus the colourful painted buildings they would have been when in use by Ancient Greek societies: 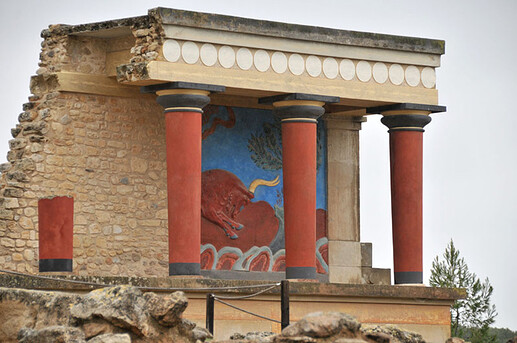 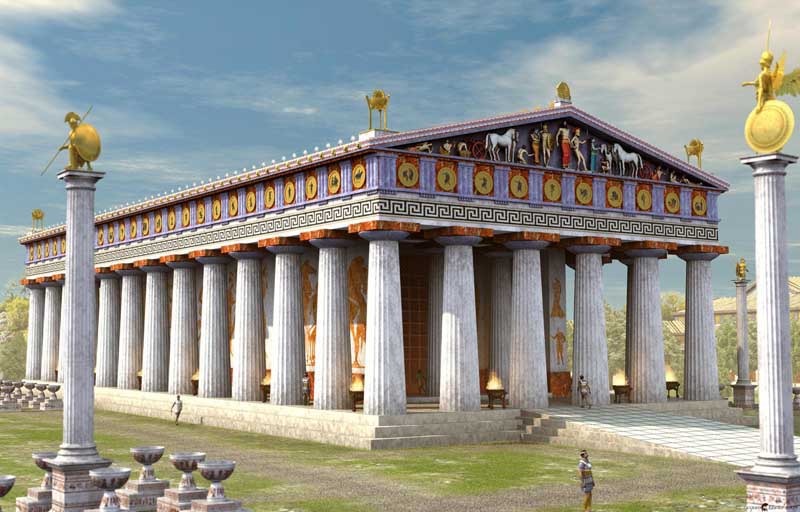 Appreciate for your investigation! It really clears up my doubt. Interesting knowledge.