Everybody in the world has historical value but as per the devs themselves name and historical characters with cool stories has a better chance of getting added.

I appreciate that the current conversation has been dealing with history and possible interest in the civ, but, if you will indulge me, let’s assume that we want to add this civ in, because I would like to address the proposed boni:

Not bad, maybe a little underpowered. Maybe add something like villagers cost 45 food, but you start with 50 less in stockpile.

Hand cart and Wheelbarrow can be researched instantly;

Now we are copying Vikings, unless you mean that we still need to pay for them, but they research after 1 second, in which case it is decent.

Looks like Bulgarians are up now. Also, that is insane. The konnik is specifically balanced to be two units; getting a free swordsman after losing a knight is way overpowered and would require seriously trashing the blacksmith in order to make it in any way fair. Even then, sheer numbers would be a problem (particularly resources). Also, assuming that you have upgraded your units, this just ensures that your new civ will never make militia line out of the barracks; just knights that will go faster, do damage, die, and still arrive with swordsmen in the thick of battle.

Free monastery. In feudal. For the whole team. Take one second to think about how incredibly broken that is. Team boni are meant to be small boosts, not earth-shattering. E.g. Franks give +2 knight LOS. Not huge, but nice to have. This current suggestion is just begging for feudal monk rush to be the new meta.

I have been thinking that a well-balanced feudal monastery could be interesting, but it would have to be a depowered monk until you research castle. Less LOS, fewer hitpoints, and shorter range. No techs available until castle. Enough to cause trouble and steal villagers early, but not enough to instantly wreck the other team.

Lose the ridiculous dead knight=militia thing and make this one of the civ boni, then make the team bonus just the first free monastery or a monastery construction discount.

Generate hp like Berserks. High pierce armor and has bonus attack against buildings.

So a Tarkan that self-heals? Just no. Give them steppe lancer for the frontier thing and because they were a steppe empire for a while, and make the UU a unit that reflects the political power separately: a foot soldier (we need more foot UUs) that gets a damage and armor bonus near allied buildings.

Luoyang: Get 100 gold for each monastery existed and relic generate 100% more gold.

(Luoyang was the center of Buddhism in East Asia during Xianbei rule, full of luxurious temples.)

Well, if you’re going to borrow, borrow from the best. Sinicization should make them act more Chinese, and you are on the right track with the Uni discount, so do this: Move it to Imperial and make it not a discount, but a refund. X% of all techs previously researched are refunded, except for age-up and your castle age UT. To keep the border cavalry theme going, your steppe lancers gain a very slow regen. (I realize that the border nobles actually resisted sinicization; this is just for theme.)

Luoyang is OK for a castle age tech, but needs two adjustments: add a monastery tech discount (~%10) and make it apply to your whole team. Most players will not have more than 1 or 2 monasteries, and a one-time 200 gold boost plus a very situational relic boost is just underwhelming. An ongoing discount for the whole team plus a few hundred extra gold each makes it worth getting.

As for the rest of the tech tree, aside from definitely no paladin, yeah, the focus should lean toward cav and monks. Maybe lose illumination.

I defintely agree with a civ representing southern Chinese. I think medieval China need at least 3 civs to represent. Mongol is for nomad Asia, Xianbei for Northern China, Chinese for sterotype China and a civ for southern China. Southern Chinese are keen on ocean and Chinses merchant ships and pirates have great presence in SE Asia from at least Song dynasty(about 1000 AD). The Mongol fleet that invaded Japan were made up of Southern Chinese.

These are very pratical advices and thank you for your feedback!

Letting the UU to be infantry makes sense. My original thought is the uniqe unit can be like eagles. Cancel the building bonus, add bonus against gunpowder unit and villagers, lower the hp and melee armor to between averagge infantry and cav. Then the UU becomes a mounted eagle counted by most melee units. I initially want the UU to be choatic and need lots of micro, it can cause lots of chaos behind the line but can be easily killed by melee(halbs and knight-line) if not micro properly. Instead Tarkan is for raiding buildings and Kipchaks are ranged unit coutered by anti-archer units. The unique unit’s introduction may also need to be modified to emphasis that they cause chaos in history.

I want this civ’s knight-line be more durable like the Franks, and through test I found if this Xianbei’s infantry tech are not very good(no two-handed and plate armor), their kngiht-line are not better than Franks, just better than normal, not even Berbers. Plus if the player don’t upgrade infantry techs they will get militia so that’s some extra resources spent to make the most use of this mechanic.

Very big chance this civ won’t make it into any DLC, I’m trying to figure out how to make a mod myself. If I manage to do so one day big thanks to you and you should be credited.

Still the knight spawn militia mechanic is too op and perhaps just make cav defense tech one age earlier and cost no gold. 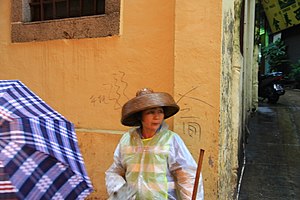 The Tankas (traditional Chinese: 蜑家; simplified Chinese: 疍家; pinyin: Dànjiā; Cantonese Yale: Daahngā) or boat people are a sinicized ethnic group in Southern China who have traditionally lived on junks in coastal parts of Guangdong, Guangxi, Fujian, Hainan, Shanghai, Zhejiang and along the Yangtze river, as well as Hong Kong, and Macau. The Boat people are referred to with other different names outside of Guangdong (not called Tanka). Though many now live onshore, some from the older generatio 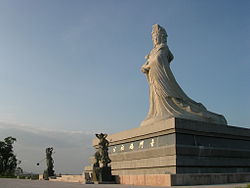 Just modify the original Chinese’s introduction to emphasis it is Dynasty Chinese(中原王朝). And make oceanic Chinese civ introduction more like “they are Chinese but not ruled by central goverment”.

Never was an influential empire.

Already be represented by Chinese precisely. Especially Min, it is totally a part of Han.
Are you going to divide every Chinese subgroup and province into civs?

modify the original Chinese’s introduction to emphasis it is Dynasty Chinese(中原王朝). And make oceanic Chinese civ introduction more like “they are Chinese but not ruled by central goverment”.

No please. The Chinese civ represent the Han people very well.
The game do not need it and the community may not like it.

Again, Chinese people may accept a Medieval Tibetan civ introduced into the game, but would not allow the Han people being separated into 2 or more parts.
This is more dangerous than Tibetans so don’t make trouble to the dev please.

You are right. A modified Chinese that only exist in campaign maybe just enough. Like the super towers in Lake Poyang campaign.

A modified Chinese that only exist in campaign maybe just enough.

I’m a Taiwanese Han people so I’m sure about what I stated.
We don’t need to introduce a whole new civ just for few situations, especially the groups which never constructed a strong, powerful and influential nations or empires. If you are attracted to the south Chinese and Han oceanic culture, it is welcome to think about how to make Chinese better on the water map with balance and accuracy.

Exactly.
I think the current Chinese is above average on water map, while being balanced. A Chinese focus entirely on water should only exist in campaign perhaps.

The Han ethnic group (Hanzu) was created by anti-Manchu revolutionaries at the end of the Qing period. Such an appellation didn’t exist in the medieval period. There was a term called “Hanren”, but it only referred to people living in the Yellow River region and didn’t include Southern Chinese.

But still, I don’t think we need two Chinese civs. The Nanzhao civ is the best candidate to represent the historical peoples of Southern China because first it was an independent kingdom that lasted for several centuries and secondly it wasn’t Sinitic.

Neither the Tanka nor the Min had formed their independent kingdoms in history, and plus Min is Sinitic.

Nanzhao is the best candidate for a Southern Chinese civ, because they had an independent kingdom and were not Sinitic.

If you did that, you would basically have to lose bloodlines. I get that you want to have great cavalry, but, honestly, having a good economy would be better than special boni. Take Franks: their cavalry is not so stout as people think. Fully upgradeable? Yes. But otherwise, they basically just have free bloodlines. What really helps is the Frank economy; it is awesome.

Give your civ something practical and useful, but balanced.

You already have a ton of resource savings in all of the bonus options mentioned so far, especially gold because of the monastery, and feudal cav with chain barding sounds more than tough enough. I think you can get away with that (scale and chain in feudal, plate in castle) and not be too op because of the price.

Still that comes with a giant maybe, and it would have to be tested to be sure. If you do that, however, you are going to have to also depower something else pretty hard, probably your infantry. Something like not getting halb or champ, and maybe also lose Ring Archer Armor and/or Thumbring for archers.

Remember, a powerful bonus in one thing requires powerful restraint in others. I am not an expert player, but I have learned at least that much. Good luck with your modding. I actually hope we get one or two more Chinese/adjacent civs, so this one would be interesting.

This will be my last post under this discussion.I don’t really care if Xianbei should be in aoe2 now. I’ll leave my final edition of Xianbei tech tree here:

Unique units
Frontier Cavalry: Mounted spearman, has bonus attack against cavalry unit but not as much as spearman-line, cost only food(80) and wood (35) like genitor. Warriors of the Six Frontier Towns, largely depends on local resources instead of goverment payment. Generate hp.

This is busted on certain maps or for laming.

The Han ethnic group (Hanzu) was created by anti-Manchu revolutionaries at the end of the Qing period. Such an appellation didn’t exist in the medieval period. There was a term called “Hanren”, but it only referred to people living in the Yellow River region and didn’t include Southern Chinese.

Not such an important issue. Even had no so-called “Spain” there in the era of El Cid too.

After some test, imp unique tech(Fubing system) change to cancel food cost on halbs and skirms. Give arbalest.

Love seeing all these.
If you want them to become a reality.
Discord.gg/citadel

(don’t tell forgotten empires, but its really easy to make in 2021)