Do you have a link to the comment you are referring to? 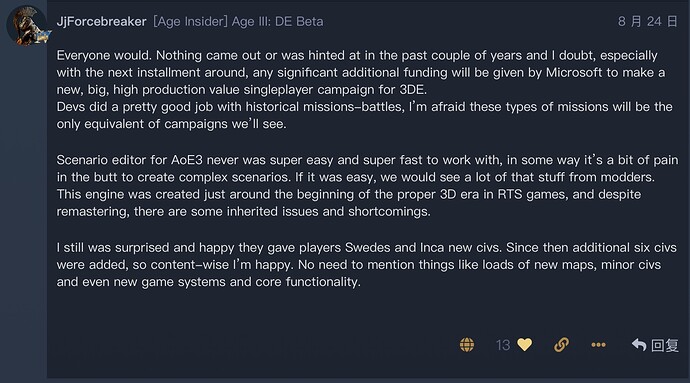 In this case, it is up to the developers of Forgotten Empire to make a decision

You have inside information?

I don’t want to be rude, but I can’t understand what you are saying. Sorry.

He is not saying that there will come anything