The starting Sheep that is created underneath the TC in Empire Wars belongs to Gaia instead of to the corresponding player. The Sheep is immediately captured at the start of the game, so this doesn’t cause any significant gameplay issues. But there is an unnecessary sound effect of the Sheep being converted that may be confusing.

The fix is simple: remove the set_gaia_object_only segments from all of the commands that spawn the TC’s herdable on Empire Wars. Making the change in the GeneratingObjects.inc file should fix most maps, but it looks like there are some maps with completely independent scripts (such as Arabia) that need similar updates too.

The Sheep/Herdable should belong to the player.

In the image, notice the green outline, indicating the Sheep was just converted from Gaia. 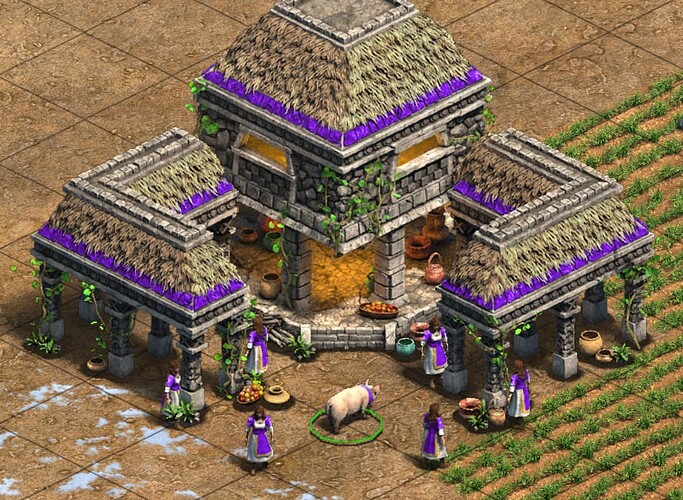 Hi @TWest6709
Thanks for your report, we’re now tracking this issue