DESCRIBE THE ISSUE IN DETAIL (below). LIMIT TO ONE BUG PER THREAD.
My enemy found two of my sheep on Arabia. I was able to see them through the fog of war as they were walking back to his base.

This does not seem to affect the enemy’s starting 8 sheep.

Only seen in one match so far.

What was SUPPOSED to happen if the bug you encountered were not present?
The sheep would not be visible in the fog of war 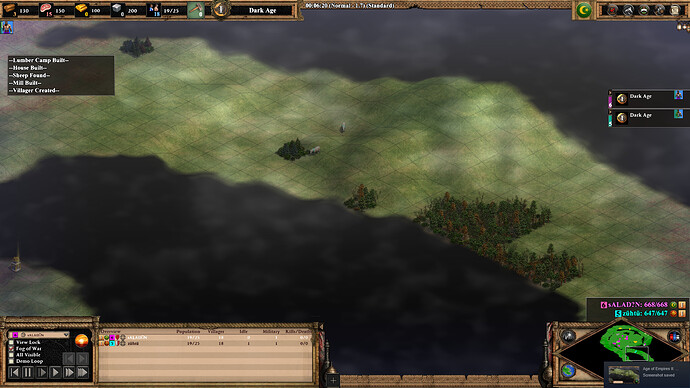 This is from the replay, of course, but it looked identical in-game.