This is a really minor thing. But I think it would make the english vanguard and early men at arms stand out a bit more. Variety in unit appearances is soothing and it would establish a little bit more accurate depiction of the unit. While not breaking any readability or the style. In fact it could probably make readability more apparent.

This is only for the dark age and the feudal age. The heater shield that is present in castle age is more appropriate for that age.

So the suggestion is changing the shields from a heater to a kite shield.

Vanguard Men at Arms
Before 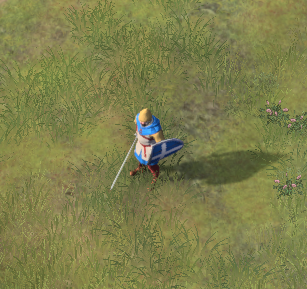 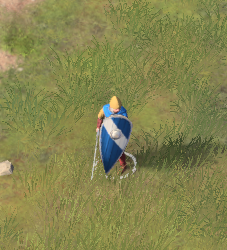 Early Men at Arms
Before 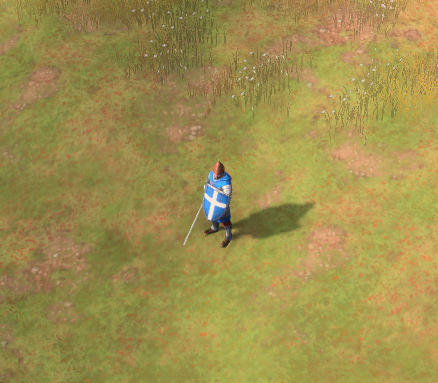 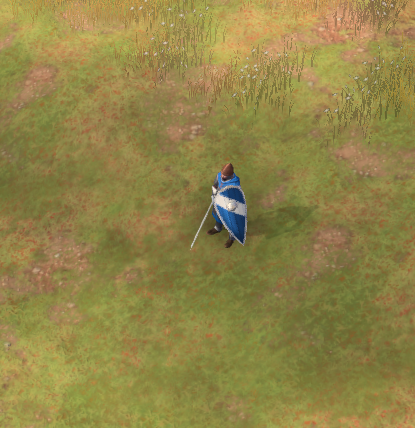 This campaign image, shows some men at arms with kite shields aswell. 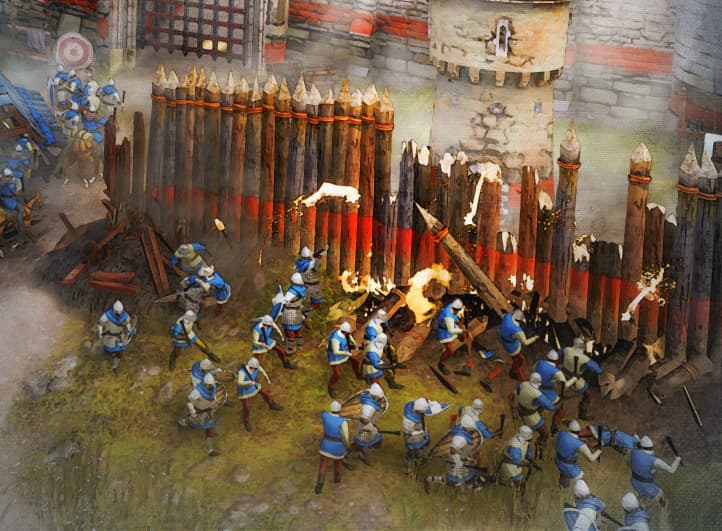 There are other issues ofc, but this is as said a very minor one that would probably make the unit a bit more authentic and recognizable.

This way it would be super readable and more historically correct at the same time. So winwin. And they don’t even have to make new models.

Partially applies to HRE too.

Same goes for the knights. That’s what the game is really lacking…The unit design feels more like a medieval CoH, with the same units getting better equipments rather than “advancing through ages”.

Do people feel the time period of the game is actually “narrower”? IV - Discussion

I remember the devs stating some time earlier that aoe4 is going to cover a wider time period than before…and I do not really feel like that. I’m mainly talking about aesthetics. Yes from Tang to Ming dynasty is a quite large time span, but that’s just a name and buff that can be easily renamed to something else. If you look at the overall appearance of units etc. they look much more focused on a smaller time period than aoe2. For example when I first saw the concepts of early man at arms or e…

Yeah I know previous Age games were also like this (musketeers start with bayonets, etc.), but at least most of the civs are visually “advancing through ages”.

This (image below) would be more accurate for English Men at Arms as the imperial upgrade. A weapon of choice was the pollaxe for dismounted Men at Arms and Knights in the later periods. Shields for armored men would become outdated in favor of two handed weaponry. 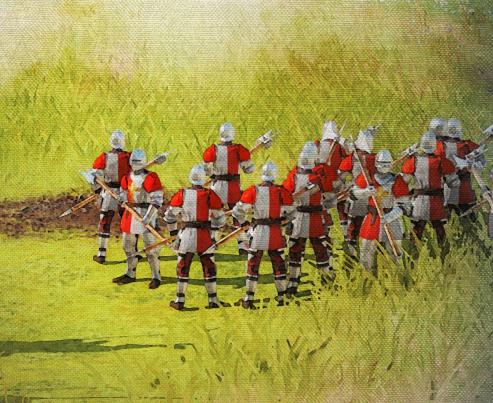 Also the Pollaxe isn’t a halberd type weapon, despite its similar appearance, it is made for combat between armored men, where a more upclose and personal fighting style would apply. So it wouldn’t really need to change any stats other than the elite upgrade ones, it would still make sense.

And it would make the unit overall, still readable and differentiated, while being a more interesting unit! The english is the only one that gets MAA in 4 ages and as such, could receive a bit more love.

The images with the units with the shield were edited or is there a mod?

Unfortunately it is only a quick photoshop!