Every one can say english,but english is too weak.why?find the reason here 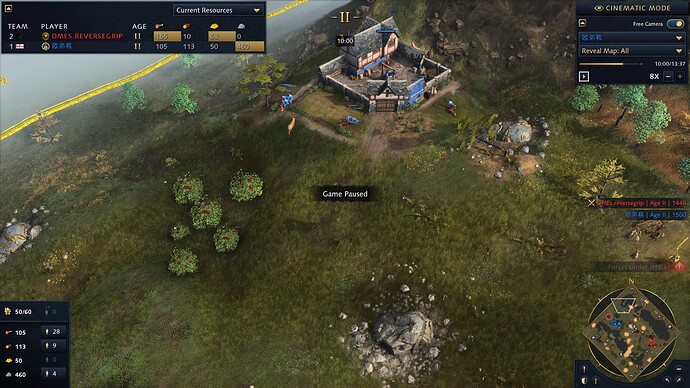 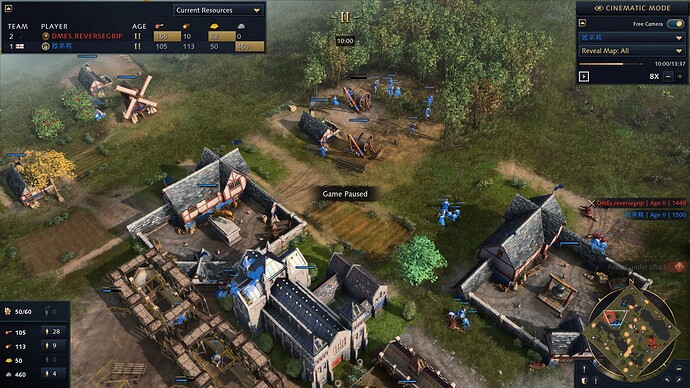 i builded 3tc for gather food! More TC must mean more food
But why abbsid have so much food?The speed with which he gets his food is beyond my comprehension 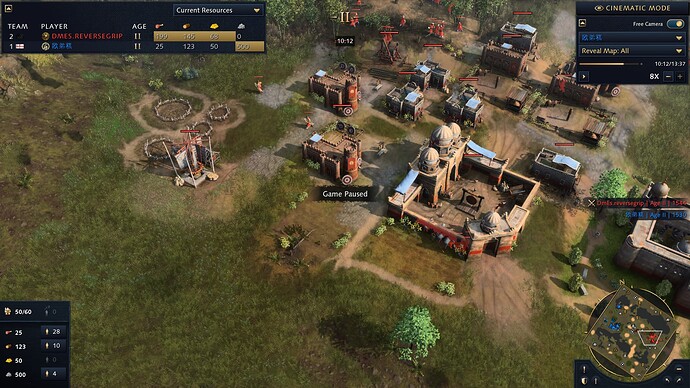 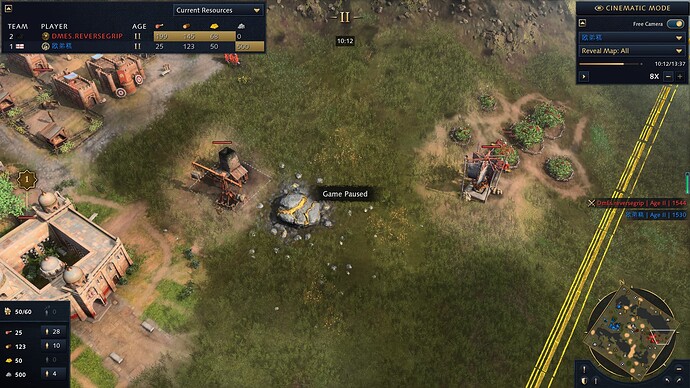 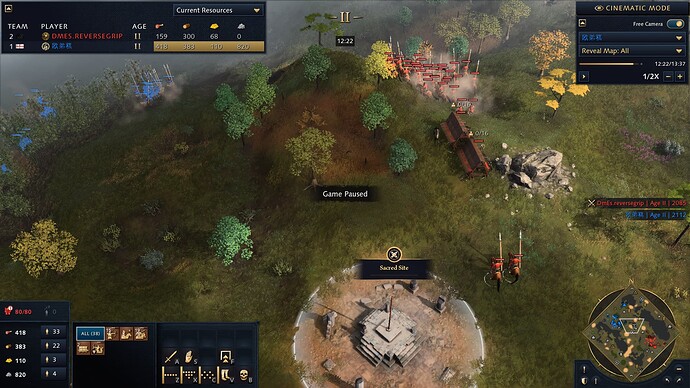 why not one gather beery bush,when he use English?The beery bush like a barrier! if not it i can make farm in its space.

Enemy with 1 tc (with probably 1/2 price vills) has bigger army than me with 3 tcs and full-price vills. 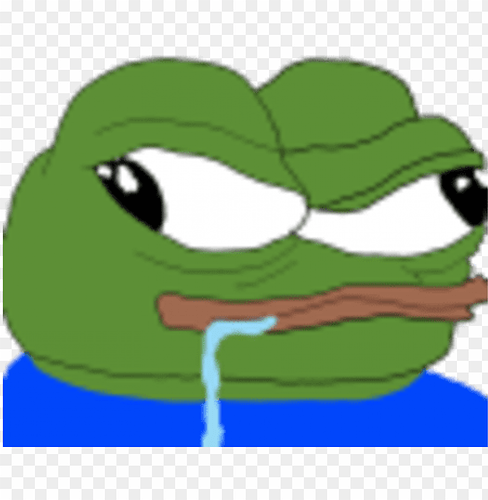 For what i understand from your post you are wondering how he can have more food being in 1TC while you are on 3TC.
There are a few things to consider here.
Firstly abbasid gets vills that cost half a price, but still, lets say you are playing another english and he is on 1 TC and you on 3.
To start with you will be spending 1.4k ressources just to increase your vill production, this is a lot of ressources, specially in the first 10min. If you do that you will mostly certainly die to a ram push, on top of that you will be spending 150f every 20 seconds while he will be spending 50f every 20 seconds, in 1minute this is 450f spent as opposed to 150f for your opponent, in case of the abbasid player he is spending only 75f/min with vills. This means you will be spending a lot more food than him, even if your food income is higher, it will take a very long time to pay off and you wont be able to mass units for some time while your opponent wont have that problem.
Extra TCs are a long term investment, it means that if the game goes long you will have an advantage, but pn short term you will not have a lot ressources to spend making an army, 2TC early is already extremely hard to deffend, 3TC is pretty much suicide unless you are playing on a closed map.

To start with you will be spending 1.4k ressources just to increase your vill production

Plus the lost resources from the time the villagers spend building it rather than gathering. I just made a quick spreadsheet and if you build a TC with 4 villagers, I’d say you’re looking at the break even point being around 6 minutes after you start building it.

I never really thought about that, but that is a really good point, it does take a huge amount of time to build a TC. I remember at launch the fast 2nd tc was my go to build, but now I rarely go for it since most of the time it is not worth it

Only on the long term. If you boom, expect more food only in the late game.

But why abbsid have so much food?The speed with which he gets his food is beyond my comprehension

Abassid have more food because of fresh food, which makes vills 50% cheaper. That’s not necessary a boom bonus. I just finished a game with abbasid, and that food can also be a military bonus if invested in military. You just go for a 2 TC build instead of 3.

English instead needs to focus a lot on farms placed around mills with wheelbarrow. Now I’m not a an English player, but that’s usually your best bet. Don’t wast time on deers and berries, just gather food from sheeps to age up, and then get a bunch of wood and place farms.

The wood investment for farms is still fairly substantial even with the English in the early game, especially when you’re trying to rush out Feudal for Longbowmen/Spearmen to defend if you plan on booming in the game, so berries are still worth picking up. Deer two if you literally got a deer/berry patch for the same mill. But once stuff is out there and away, yeah, it’s time for farms and you should have the wood income to support it while still keeping up in military to deter agression.

Hell I could be wrong since I’m barely 1100 so if the meta is something like deadass rush farms by slapping 6 on food, 2 gold, and 5 on wood, someone let me know.

The wood investment for farms is still fairly substantial even with the English in the early game, especially when you’re trying to rush out Feudal for Longbowmen/Spearmen to defend if you plan on booming in the game

But if you are rushing then it’s another thing.

He was talking about booming with 3 TCs, where the farm investment can be really good.

If you are rushing, then it’s something else. Your purposely delay farms and TCs for rushing, and only when your rush stops you start booming.

Hell I could be wrong since I’m barely 1100 so if the meta is something like deadass rush farms by slapping 6 on food, 2 gold, and 5 on wood, someone let me know.

Well, with the new pup that might be not far from the new meta. Hell even just get enough gold for wheelbarrow, then all on wood and gradually build up farms, harassing with horsemen and the abbey.

325 for Wheelbarrow + Feudal is what I’m doing right now, yeah, since I’m too trash to properly all-in people in Feudal at this point. And true for the 3TC, I should of specified rushing in this case only in terms of getting to Feudal as fast as possible.

I should of specified rushing in this case only in terms of getting to Feudal as fast as possible.

Well, I think that if you are able to collect enough sheeps, after getting that 325 gold it should be a problem to put all vills on wood but 4 to stay on sheeps.

Then when you have enough farms, you switch some to stone and add TCs, then you should have boomed pretty hard.

But then English aren’t really my main civ, so I’m just theorizing this…

Abbasids is just way way stronger than english in general.

That does not mean you cant win.

3 TCs is a mistake, because you can age up with the king palace (He is your third TC).

2 TCs with english is perfect vs feudal age all in, you can defend with archers and spears. It’s stronger than 1 TC abbasids.