Feedback on the spectate overlay thing 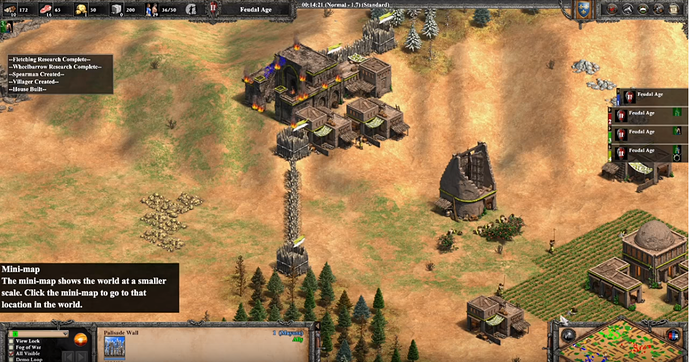 I don’t know if it’s just me, but the overlay on the right where it says " II Feudal Age" takes too much space and as the game continues, the icons that appear as productions (villagers, army, techs) gets harder to see.
I’d say simply remove the text “Feudal Age” leaving only the age logo and increase the size of the icons being produced so casters can track better what’s being produced.
Also, those key techs, like forging, economy and some university techs could appear at some place showing which player researched the tech (maybe on the bottom of the screen on the next picture, by selecting some drop down menu or something).
Another thing that could be changed is the font size of player points. Currently it can hold all 8 players on the bottom of the screen like in the picture bellow