with the current state of the game and design director left plus no words from the devs for weeks, AND the player’s number’s sharp drop since the launch, it feels to me the ship is already been abandoned.

maybe it’s just like War3 reforge, they are just fulfilling a self-proclaimed prophecy — “no one can make money with RTS anymore, it is not worth the time and money to put into it.”

they were on holidays for a while, it was less than 2 weeks from last patch to when they went on holidays.

game design is finished… why does the design director leaving mean anything.

every game loses players, but yeah, most that left have either probably left for good, or are waiting for patches.

calm down, we will get content soon i am sure

Comparing this to reforged is insane. Reforged was, and is, a 1.000 times worse than AoE4. Reforged did not upheld any form of decency: forcing players to download massive amounts of GB for graphics they could not use, an more laggy interface after booting, every single game would desync. The only communication from blizzard was an letter that said they were sorry that we (the players, the fanbase) had expectations. Even 2 years after release there is no ladder (despite an announcement in august 2021 said ‘soon’). Reforged still has massive issues in latency, custom games, bugs, UI and pretty much everything you can think of. And more. Not kidding: get drunk with some friends and make a list of what could go wrong. It is a save bet the actual list is much, much longer and I’m willing to make that bet AFTER you did some research on what went wrong. Till this day they offer a no questions asked refund policy.

Although I agree on the sentiment, the sentiment itself is also born from joy in this game and the will for it to succeed. I hope it does. Sure I am not happy with the prelate bug, with fire lancers or clockwork siege, demo ships. But the fact there is a road map, some devs respond and I can get a non computerized response when contacting support gives me hope for the future. The holiday season does not chance that. Although some communication would be much appreciated, the lack of it at this time feels uneasy, I do not consider it abandonment.

I cannot help but feel a hide the pain harrold inside me when people think this game is anything like reforged. People do not seem to understand how bad reforged was.

I feel that devs are quite active in the bug report section. So I think they are working on fixes etc. :). Keep up the positivity boys & girls

Ugh another doom and gloom discussion.

Have you heard of Christmas? Its a big holiday. On a other note there are plenty of people still playing and streaming the game at the moment.

agree. All the nice aoe2 pro’s have gone back to aoe2 already. They can’t cope with the balance problems and boring meta.

Apparently, they have one-month long vacations. Then they come back to a mess, are probably scrambling in the office trying to even start their schedule or get back to their work routine. It’ll probably take them a few days, then they need to set up a time block to address the issues, write/record it, and have an intern push it up to the web.

And that’s if they’re even back from vacation.

Anyone who’s ever worked at an office knows how stupid it can get after the break, I don’t put it past bigger companies to do the same.

There’s something called the Christmas holiday season & New Year’s eve you know, people usually takes some time off to spend with their families. Give them time to get back to work, before they can update us with something new on their plans ahead in Q1 of 2022.

I’m going to still say it because I truly believe this, AoEIV is a SOLID game, it had a great launch experience, minimum crashes and server issues compared to many other games that sadly have those issues by a large amount and not being a finished product at release. AoEIV did everything right in this regard.

Yes I’m aware of the bugs/balance issues currently in the game but even with those IT’S NOT A DISASTER OF A GAME that some of you write it like it’s, and to compare it to games like Warcraft III Reforged is like comparing apples to oranges. It’s night and day between these two titles and many other titles like BF2042.

I never understand why we cannot be constructive about this game and express both our issues & what’s good about the game, without writing nonsense posts like this based on just your own ignorant assumptions just to try and prove a point, which couldn’t be further from the truth.

There’s something called having patience and considering that we have had two minor but important patches as well as one major patch so close to launch I’d say is a good sign of the developers passion and interest to fix this game & provide us with new content for years as they have mentioned several times in their interviews both prior and after the release of this game.

Giving them more time to try to fix this game and improve some aspect, from graphic (Graphic DLC, please) to bug, animations, mod editor and other missing features. We’ll see what they’ll be able to fix until this Summer. After this time, for me, this game Is dead. I wanna have Hope.

See where it is at the end of 2022, that’s more the sort of pace they’re working at. They’ve been open about this with their roadmap.

The next Big update Is coming to Spring.

The roadmap says the spring update will barely change a thing - UGC creation tools, patrol, balance, bugs and performance fixes. I’m assuming the spring update will arrive around 3 months after the winter update. Global build queue and hotkeys are after that. Like I said, give it a year and the game might be getting somewhere.

imagen1920×887 67.5 KB
Canadian work ethic must not include self torture for the sake of quality.

The roadmap says the spring update will barely change a >thing - UGC creation tools, patrol, balance, bugs and >performance fixes. I’m assuming the spring update will >arrive around 3 months after the winter update. Global >build queue and hotkeys are after that. Like I said, give it >a year and the game might be getting somewhere.

A whole year for my color pick option so I can be green Delhi, crazy.

Its funny , people think that the ones who made this game are slaves that have to work 24 hours 7 days a week and they dont deserve to rest after 9 long months of dealing with a spicy ■■■ comunity. They are real people and we are on holidays so let them take a breath .

They have a work and they are not going to just abbandon the game for no reason , let me remind you that there were trash games this year like cyberpunk 2077 and they are still working on it , it doesnt matter how bad it is , they will continue working and getting paid , that is what is all about.

Quin duffy , desing director of Aoe4 leaved because he was tired about making games and after 25 years with relic its fair to say that he did a fair job not leaving relic until aoe4 was released , he didnt drop just because people opinions . Do you guys really think these types of desicions took just an hour to decide? Nope , this is real world , maybe he was thinking about leaving relic 4 years ago but he had a luck struck by meeting microsoft and making the best game you can make in your life . Would you leave if you just find what did you always wanted to do and finally is the day? i wouldnt do it imo

maybe it’s just like War3 reforge, they are just fulfilling a self-proclaimed prophecy — “no one can make money with RTS anymore, it is not worth the time and money to put into it.”

Im sorry for saying this but this game is far from dead and obviously it had a playerbase drop in these months , but i would say that its because the lack of comunication and slow updates . But i mean its obvious that they are tired and honestly from a new game developer pov i will say that they maked the impossible .

1 : They are a new game studio with posibly not the biggest budget they needed. Because MS would probably didnt believe that an RTS on 2021 would make money but in the end they did a good game.

3: In only 6 months they fixed the graphics

4: ONE OF THE FIRST soft launches of the AAA 2021 gaming industry

The next Big update Is coming to Spring.

it doesnt mean we can get patches when holidays are over for them.

buddy in wich settings are you playing?

Because for me graphics are really relaxing.

All screenshots on ULTRA btw. 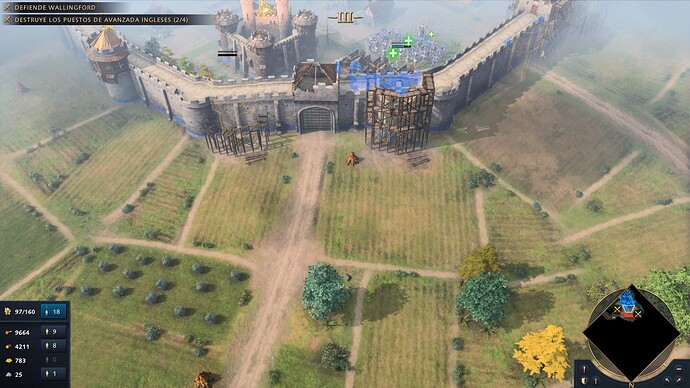 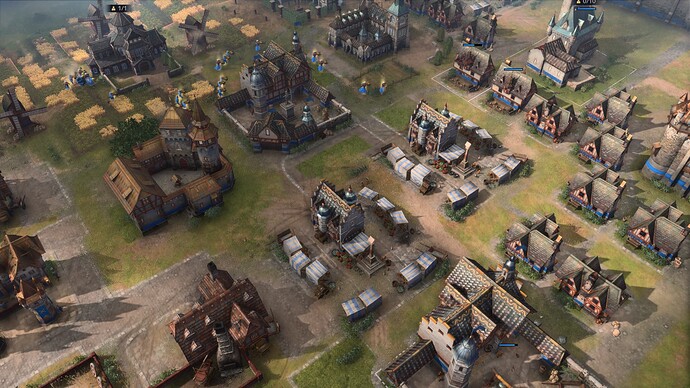 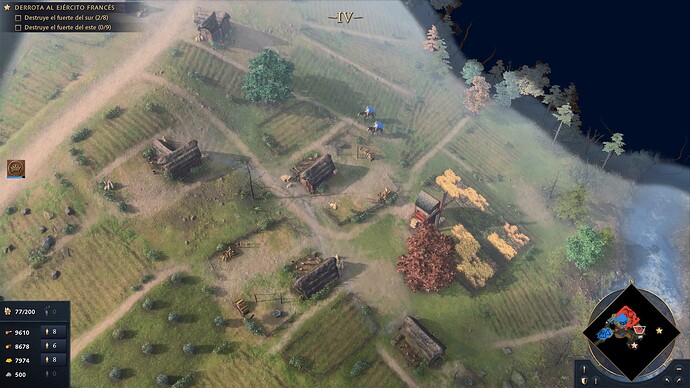 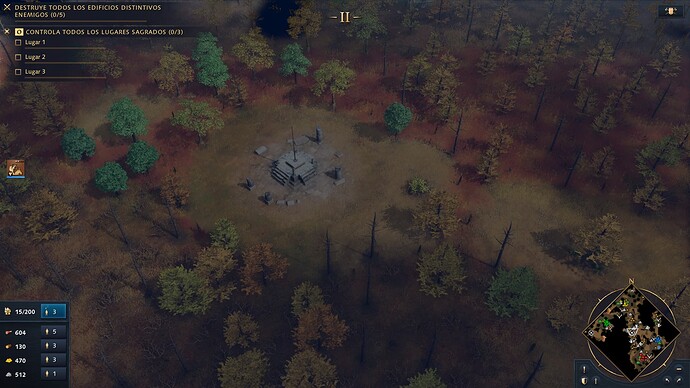 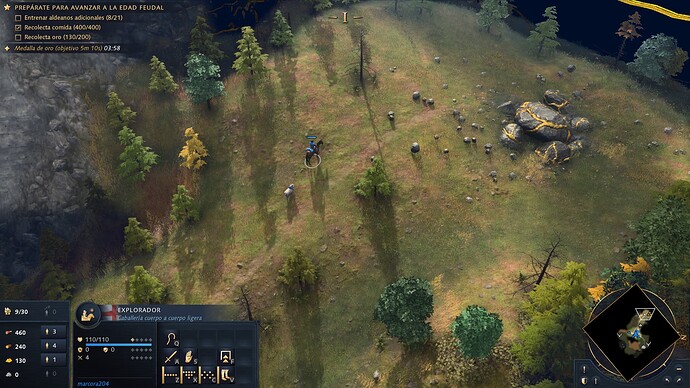 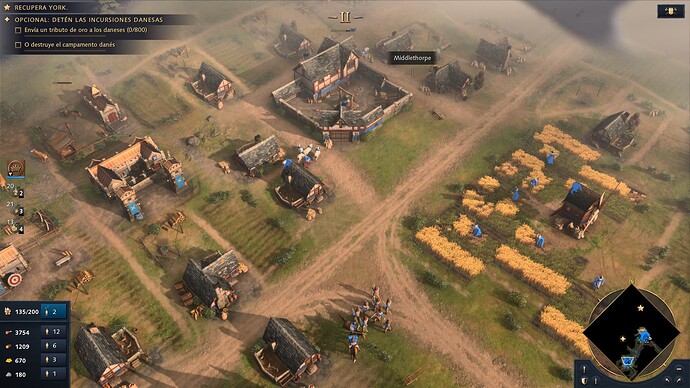 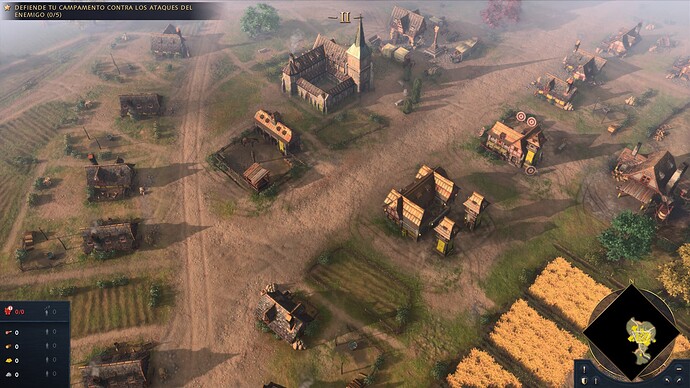 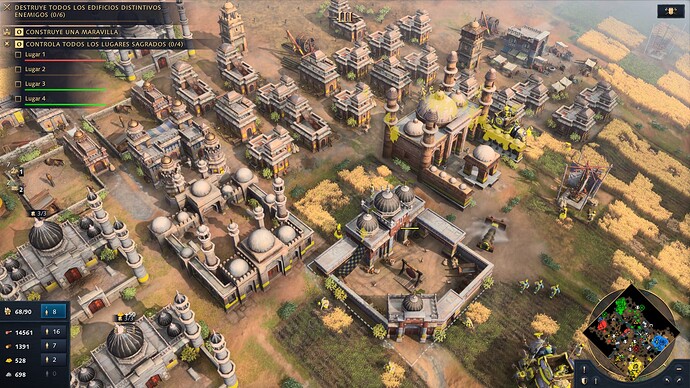 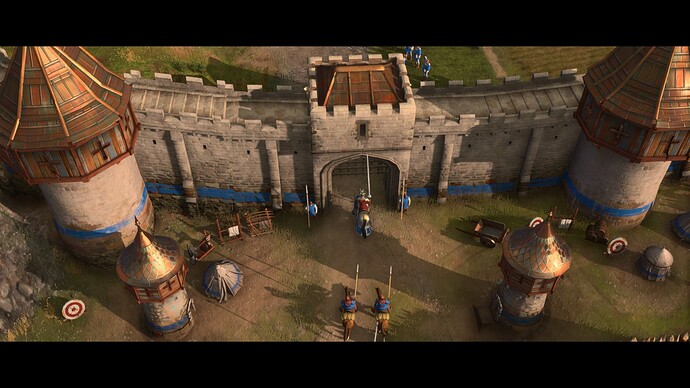 In only 6 months they fixed the graphics

I really don’t understand this point. Graphic remaina the worst feature of the game also for the main gaming sites.

Such a big company needs two teams and should not leave the game at such a state.
It is rather abusing the customers by delivering an unfinished product or a service and going for a holiday without any backup team.

Yea nice holiday bla bla!
It is simply called “irresponsibility of the company”.

You need to zoom in and try to see unit details or building details.
It is blurry!
Yea you are just a casual who used to 1080p.
You won’t notice anything because you never tried a better game with outstanding graphics.