I and my family are casual players of AoE II. We own all the games along with all the DLCs etc. We aren’t hard-core players but like to play at home on a LAN between our family and on custom maps that we’ve designed to allow plenty time to build up for big epic battles. But while this is the style in which we like to play for someone who likes to build maps and scenarios for my family I have realized that being able to mod the game the way we like is just as much fun as the game-play itself.

Having said that I have a few things I’d really love to see you guys implement for those of us who like to use things like the map and scenario creator along with Genie Editor:

—Ability to have our monks drop relics in buildings other than Monasteries only.

I’d like to design some maps where we can drop relics in buildings such as Cathedrals as well as some other really cool, yet unused buildings from the Map Editor ‘Units’ list that I’d like to use in some of our maps as final buildings to take down. But beyond that I’d like to be able to put them in Castles, Fortresses or pretty much wherever we want and still have them collect gold if possible.

I’ve tried and tried but I can’t find anything on Genie Editor to do this as there seems to be no way to make it so Monks can (using right click) drop relics in other buildings that I’ve modded to have garrisoning head-room. Would you guys consider it for those of us who want to design some custom maps and game-play with scenarios that allow such things?

—More ‘Building’ pages (that show when clicking on our Villagers) so we can add more buildings to their build inventory.

When you click on a Villy you have the ‘Build’ buttons (Civil and Military categories and pages) but only one or two extra spots to add anything you’ve added from the Map Units. There’s some things I’d like my villagers to be able to build from the ‘Units’ section in the custom maps. Fortresses are one example. Cathedrals are another.

I’ve made it work before. For instance I’ve successfully made it so my villagers can build a ‘Fortress’. But I’m very limited to how many available spots we have on the build pages so anything beyond one or two custom buildings we’d like to add to our custom maps and scenarios is impossible. Is there a way to add more build pages to open up more visible buttons and buildings to our villagers?

As I understand it these two requests are tucked away in the game code itself and far beyond our reach with something like Genie Editor. But could you guys somehow make these possible for those of us who like to get into editing and custom maps and scenarios?

I’ll leave it at those for now. Thanks for considering!

Pretty sure you can edit both with the AGE. 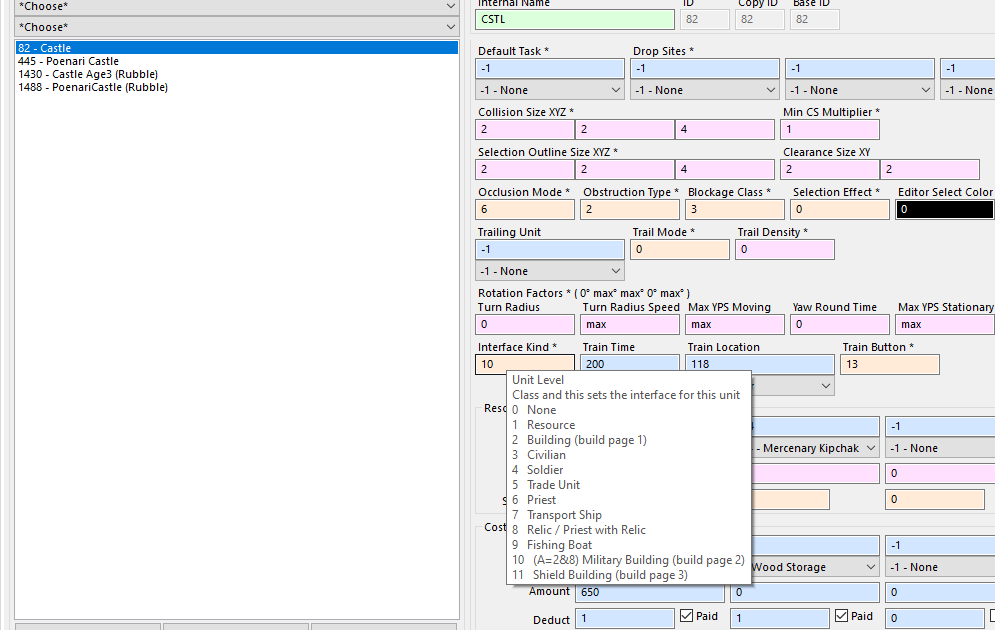