The Finns could be an interesting civilization and would cover a huge void in Northern Europe - between the Vikings and the Ruthenians (now Slavs).

Civ concept: Total idea is taken from the balts civi in realms mod as I suck at making these. 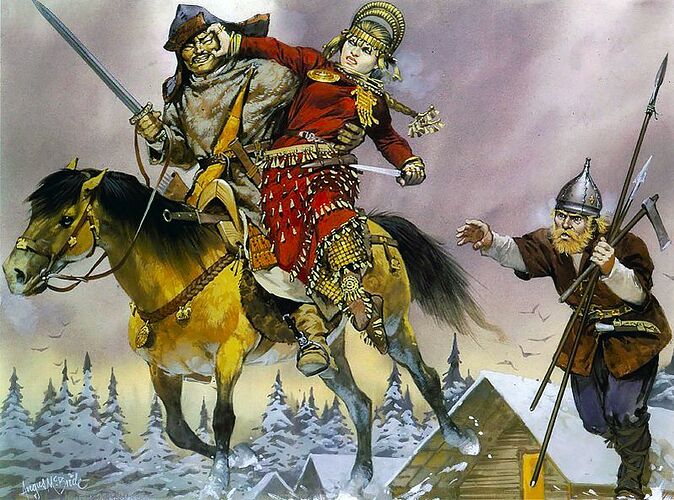 List of monarchs and heads of state of Finland

This is a list of monarchs and heads of state of Finland; that is, the kings of Sweden with regents and viceroys of the Kalmar Union, the grand dukes of Finland, a title used by most Swedish monarchs, up to the two-year regency following the independence in 1917, with a brief flirtation with a truly domestic monarchy. Finland as an integral part of Sweden under the King of Sweden (Ruotsin kuningas). Some texts suggest the Swedish rule of Finland started as early as during the Houses of Sverker... 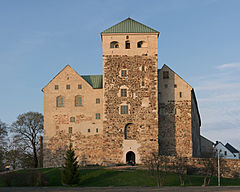 Turku Castle (Finnish: Turun linna, Swedish: Åbo slott) is a medieval building in the city of Turku in Finland. Together with Turku Cathedral, the castle is one of the oldest buildings still in use and the largest surviving medieval building in Finland. It was founded in the late 13th century and stands on the banks of the Aura River. The castle served as a bastion and administrative centre in Eastland, as Finland was known during its time as a province of Sweden. Only once did the castle figure ... 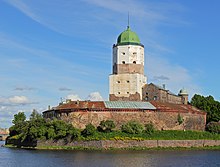 Vyborg Castle (Russian: Выборгский замок, Finnish: Viipurin linna, Swedish: Viborgs slott) is a Swedish-built medieval fortress around which the town of Vyborg (today in Russia) evolved. The castle became the stronghold of the Swedish realm in the Karelian region. Throughout the centuries, it was the first defence of the kingdom against Russians. Its military and strategic status in the late Middle Ages was second only to the fortified capital Stockholm. Currently it serves as the site of Vyborg ... 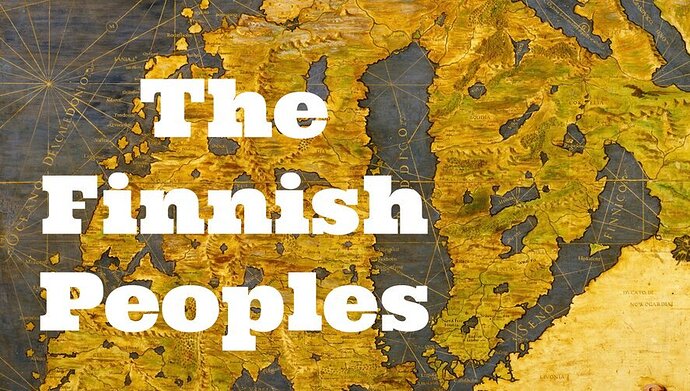 In this seventh article of the series, Beñat Elortza Larrea discusses the main developments in the Finnish borderlands and the impacts of Swedish conquest.

There are scattered descriptions of early Finnish wars, conflicts involving the Finnish tribes, some of which took place before the Middle Ages. The earliest historical accounts of conflicts involving Finnish tribes, such as Tavastians, Karelians, Finns proper and Kvens, have survived in Icelandic sagas and in German, Norwegian, Danish and Russian chronicles as well as in Swedish legends and in Birch bark manuscripts. The most important sources are Novgorod First Chronicle, Primary Chronicle and...

Do feel to add your own ideas comments.No we dont need anymore euro civis is also welcomed along with why serbia should be added but not north american peoples.

There is already an UT named “Hill Forts”.

we already have cumans with faster moving cavalry.

this is basically berbers bonus.

this is italians bonus

isn’t this the name of lithuanians unique tech?

This would be a pretty bad civ overall. Bonuses are too one-dimensional. Fishing ship bonus would probably help a bit on maps like nomad, but otherwise a pretty weak civ.

I thought hill fort sounded familiar can be renamed to something else if the effects are ok.
My own ideas were to give skirmisher upgrades free monks in feudal age and lumber jacks no drop off but all seems kinda bad to me.
So any unused civi boniis that could be used?

I have a few wild ideas… they might be OP, but some more balance oriented people can maybe tone them down. So in no specific order:
+5% Villager work rate
Spearman line +1 range
Fishing Ships +15% cheaper, and fish last 10% longer

Interesting idea for UT:
Spearman and Skirmisher cost INCREASED by 25%, but two units are created instead of one when trained.

Idea for TB:
+25 starting wood (adjust if its too high)

I actually thought of making the snowman the uu

UU may be too late to be suitable I think, but have no idea what should Finn UU should be, sorry.

extra attack is insanely strong for a bonus for archers, especially for free.

Wont this be too op?

That is fine to adjust if you wanna adjust.
I never insist on my ideas which were stated in this forum, only saying what I wanna say.

Wont this be too op?

I mean all foot units becoming like the uu is a good idea?

I will leave it to be the UU of Nubians “Pitati archers” after researching the UT called “Archer of the eyes”.

all foot units becoming like the uu is a good idea?

“Ukko’s hammer was probably originally a boat-shaped stone axe. When stone tools were abandoned with the advent of metalworking, the origins of stone weapons became a mystery. Stone axes, so-called thunderstones (ukonvaaja in Finnish), were found in the ground, especially after drenching rains washed away dirt. They were believed to be weapons of Ukko, stone heads of the striking lightning. Shamans collected and held stone-axes because they were believed to hold the power to both heal and damage.” from the wiki page of Ukonvasara.

I just try to make the civ fantastic and reflect the culture as possible as I can.
You can do any other change as you want.

but that’s just one unit. and it requires melee, and requires a castle. this is ALL units.

depends on how its drawn up.

but that’s just one unit. and it requires melee, and requires a castle. this is ALL units.

Since I regarded it would not be broken so I set that.
You dislike it, fine. Take it easy, I just stated an option, people have right to reject it absolutely.

self healing is unique by giving everything it takes away the uniqueness.
I wanted to make the first ut train uu in archery range to make them a dark age civi with goths and huns bit I think all archery range slots are full now.

I think that the Finns civ would be a pretext to create a new architectural style - Northern European, for Vikings, Slavs (Ruthenians) and Finns. This style would be characterized by wooden log buildings.

Finns civ could get Wonder from Slavs civ - Kizhi Church, which is located in Karelian lands. Slavs civ in this place could get another Wonder, which is more characteristic of Rus e.g Saint Sophia Cathedral, Kyiv.

Your bonuses lack uniqueness very badly. Except for only one UT. I personally prefer unique bonuses.

I have zero knowledge on Finns. Are they a naval & cavalry civ? In that case I made one on my notebook with no civ name. Bonuses were :
TB - Docks provide +5 pop space. (Sometime better than Vikings)
CB -

List of monarchs and heads of state of Finland - Wikipedia

Those are just Swedish kings. Rather find random Finnish warriors than to use this.

Doesnt make much sense to give a civ that literally has no fortifications of their own.

Also not even sure that Finns were that into cavalry. Probably more similar to our current Viking civ than to Balts. Honestly would rather have Dutch over this.