I find that this is severely underrated, as this even works in the early game

Yep, send the main army in front of the base to attract the attention in meanwhile another little force attack from a side or in the back in the middle of a resource spot, like gold or woodline

I’d say an even better idea would be to create 3 armies of different sizes; a big one, a small one, and one in between.

Your big army should have at least 5 bombards and your medium one should also have a couple of seige weapons.

Send the medium sized one head on into the enemy’s territory and simultaniously send the small one into the enemy’s flank.
Wait a bit and then send the big army with the bombards into the opposite flank where you haven’t deployed one yet. 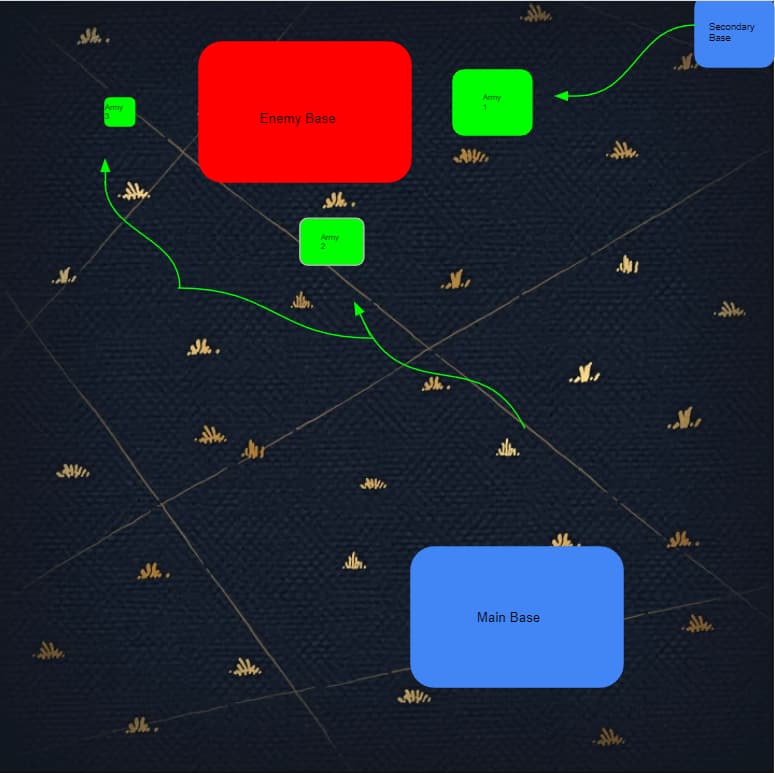 Unfortunately, in this extremely linear game, flanking, as it was done in other RTS games, is often unnecessary when bigger army = win at just about every size. It often works best to flank only the outlying base while avoiding losses until you can just press in from the ideal side.

On a different note, the late Imp is sort of an odd time to attack.

If there is a stalemate and noone has the advantage

Yes I used to enjoy proxy bases but as you will get higher in elo it becomes very easy to find proxy.

Second this, you don’t wanna split your army unless you have advantage. Their force can take villagers causalities but can clean-up your entire army from all sides and attack your base.

This is basically text-book example of what to do and what not to do in french mirror. You wanna flank but you dont wanna get those knights caught up against larger mass.