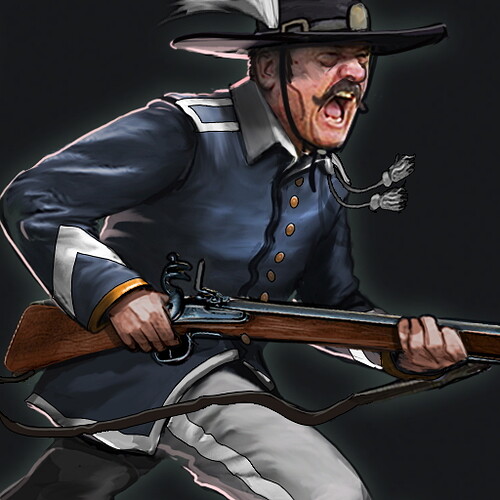 Italians_bersagliere_portrait512×512 168 KB
★ Expensive skirmisher
★ His bugle call ability nerfed (Now its almost useless)
★ Low ranged resistance
★ Not available until age IV (Late game unit)
Before bugle call’s nerf it was ok unit in late game but now i don’t see any advantages over other skirmishers despite being more expensive & availability only in age IV
I think bersagliere needs a bit buff in next update
6 Likes
pwaopwao November 20, 2022, 8:48pm 2

Compared to the Skirmisher, the Bersagliere is also faster, has a better bonus against light (ranged) cavalry, and only costs +10 gold. I only say, that unit is well thought out, despite everything.

Wow someone really took a lot of work for that short. Good one very unexpected.

the better bonus against counter cavalry ends up ebing the same net value if you consider the cavalry penalty of 50%.

I think its fine, it’s the transition period that’s awkward. If you want range resist you go for oavishers, with heavy pavisies and roman tactics they’re still good in the industrial age.

The resist buff in the imperial age for bersagliere is making up for pavisiers being stuck at veteran.

It is completely balanced. They have same hp as a skirm, 10 less resist but they have a little more attack with a special ability. They are a little bit more expensive but they also moves very fast. So everything is fine.

Only available in age 4 but you have pavisier for age 2 and 3. Once you are age 4 you can immediately start making guard skirms without having to do guard upgrade which costs 600w 600c.

that bug is a joke. I hope they would fix it soon.

yeah, bersagliere is really a fragile skirm at age V. They need an extra 10 %.