havent seen too many people talking about this, and i think its amazing AF. there’s just so many different options to trial, and many of them are from the various aoe titles. from treaty mode to arena like starts

i think so many people are chatting about RBW and the new civs, that the mod hasnt had as much attention, but i think if enough people try it, its literally game changing (pun intended)

r/aoe4 - along with the new patch we received an OFFICIAL "advanced map... 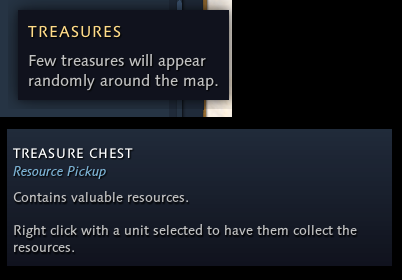 Just saw this posted on reddit. Had no idea they added it, will definitely check it out.

I play several moded matches with the last season 2 patch where there was treasure on map that give free resources like 125 stone, 200 food… Treasures spawn on map at random in the begging of the match, in the first 10 minutes