Gajah Mada campaign, scenario 3. The Oath to Unify Nusantara - I completed the objectives (4/3 colonies then defeated Sunda & Tumasik (2/2 enemies defeated) but the scenario did not end. Went ahead and defeated Dharmasraya and it’s still stuck

In the third mission of Gajah Mada, The Oath to Unify Nusantara, after the 2 principal task has been accomplished (defeat 2 of your 3 ennemy + create 3 out 4 colonies), the mission won’t finished.
I repeat the mission 2 times to be sure. 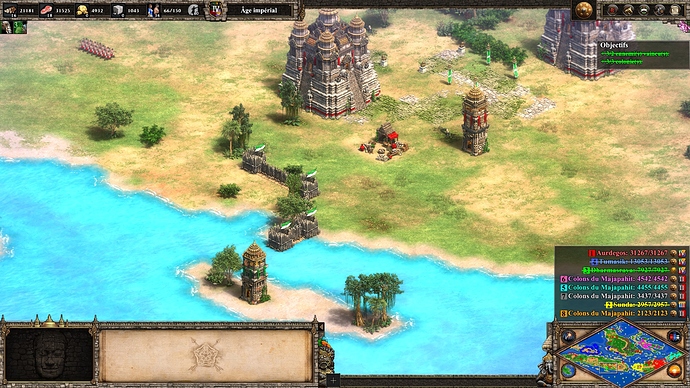 When playing the Gajah Mada campaign (I played on easiest level) you can’t complete the third mission. Every time you play it you get congratulations for completing all the changellenges, but the winning-screen won’t appear so that you stay in the game forever.

Just a note for people who want to get past this,
I let the enemies destroy the early colonies, strictly beat 2/2 enemies (let the 3rd one hang around) THEN let the colonies develop to 3/3, and was able to proceed to win the scenario once the colony counter hit 3/3.

Just replayed it and didn’t have the issue, although I did the first objective then the second one.

From the Scenario Editor it looks like the trigger only works on three Markets exactly. I guess you could try Mangonel team attack and kill an ally’s Market to get it down to three. This is a silly oversight. Both images above clearly show four running colonies so I can only assume that there’s four Markets. 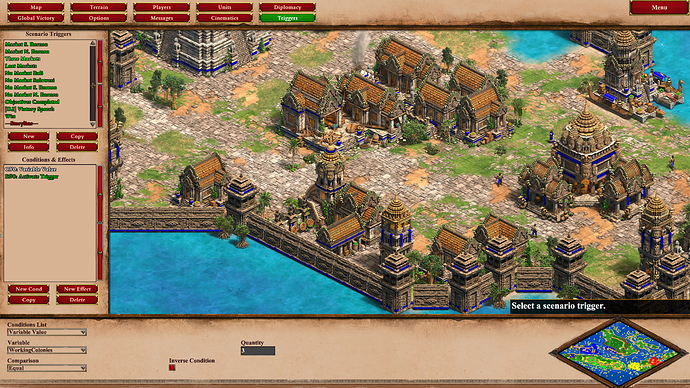 I had this issue when all four colonies were created. There is no workaround involving not having to play the scenario again.

In order to avoid it, ensure you eliminate the two foes before allowing the four colonies to complete. You need to have the exact numbers in an increasing order (cannot go back once is complete).

Still bugged, but yeah the workaround is defeated the enemies first before finishing the colonies objective.

Thanks for the report, everyone! This issue has been escalated to our QA team so they can reproduce and identify a fix for the problem. Since this is a blocking issue, we’ll see about getting any potential fixes implemented sooner than later.

Thanks again for all the detailed information!

So @GMEvangelos you did something?
I’m just got the problem today and found this page… :]

@GrayishWorms - What build number are you currently on?

I probably miss the topic but how to find it?

I just purchased the game from Steam, last update…
Sorry :] 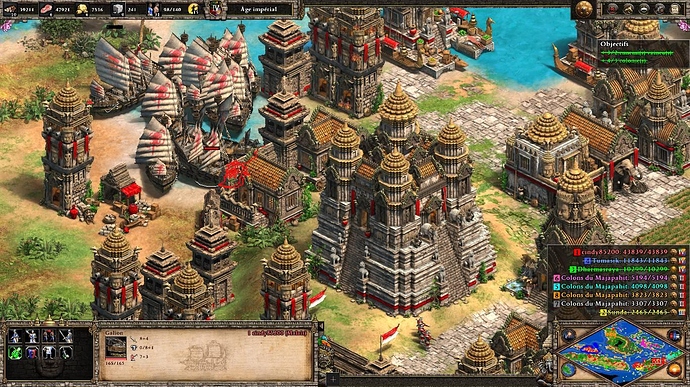 Thanks again, everyone! A fix is in the works for this issue; watch for it in an upcoming release!