DESCRIBE THE ISSUE IN DETAIL (below). LIMIT TO ONE BUG PER THREAD.
Game crashes after displaying splash screen at startup. This has only started happening today directly after the latest AOEII update was installed.

How often does the issue occur? CHOSE ONE; DELETE THE REST!
Every time I try to start the game

What was SUPPOSED to happen if the bug you encountered were not present?
The game would start so I could play it

Attach a SAVE GAME (.aoe2spgame) or GAME RECORDING (.aoe2record) of the match where you encountered the issue. Link it below if using an external file service.
Can’t start game to produce a savegame
*

Same here, game closes after a few seconds on the intro video, i hope they will fix it soon.

Yes I had, same problem after this morning game update .

A possible workaround is changing the windows language! 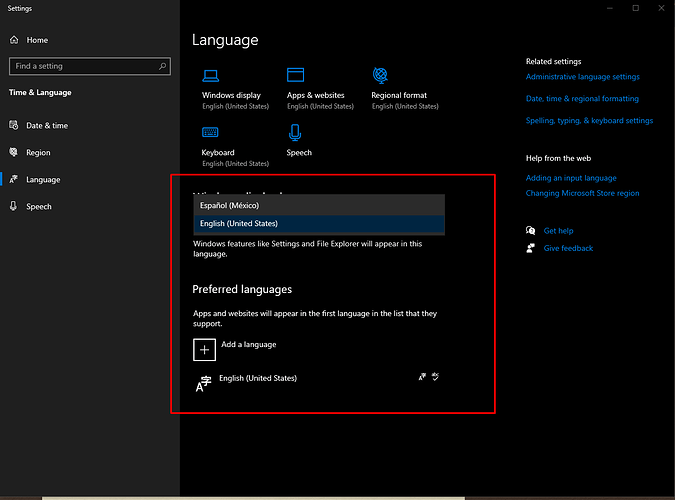 Holy moly it works!! thank you my friend.

No- tried changing to English (United States) but still crashes.

I am having the same issue. I have restarted my computer and searched for updates, but it still crashes.

For the guys with microsoft store, this helped me:
I think I found the problem. Looked into the microsoft store and saw, that lords of the west was not on 51373, after clicking on it, i could update it.

Edit: Enhanced Graphics is still on 50292 however.

To expand upon Itsinthas resolution (for windows store users), it appears that after purchasing and installing dawn of the dukes DLC you need to access the Microsoft store page for the base game and lords of the west DLC to trigger the required updates.

Once fully updated the game should be able to launch correctly.

This is what I see on the Microsoft Store

The build numbers seem right and there is no option to update them.

I have the Lords of the West expansion but it has never shown up as a separate item in Microsoft Store “Installed” list and I just checked - it isn’t in the list but it is in the “All Owned” section. Microsoft is making this way too difficult. Why wouldn’t the update work on all expansions as well as the original game. Software is still as poorly thought out as it was in the late nineties! Updating the expansion separately has fixed the problem - thankyou for your time and patience