On the level during the Steel mission that is Bolivar’s Revolt, my game has now crashed twice. 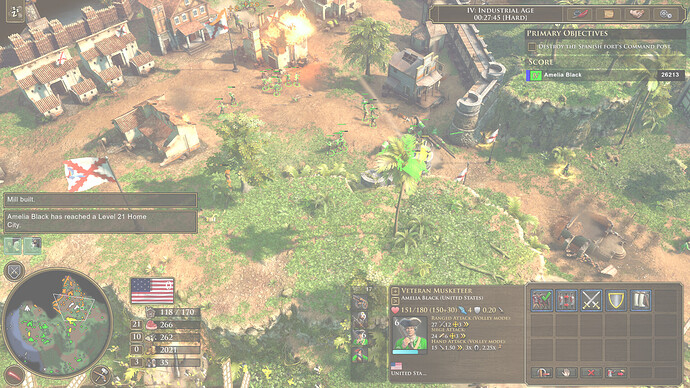 Experienced exactly the same problem. Got my game saved just before in town with the cavalry. Then I attacked the city from both this and the left side of the map. Got about 8 crashes in my attack against this city. Finally, I focused my entire armies on just taking down the wall and then destroying the command post. After many attempts, it finally worked.

I’m experiencing the exact same problem at the same part in the game.
I made a save of the game just before freeing the town with the cavalry and have tried 5 times now to no avail.
Every single time it is just after I break down the gate of the large fortress, maybe 30 seconds to a minute later once I am moving my troops toward the command post, which is the missions main target objective.
I have tried lowering my graphics settings right to the lowest to ensure it isn’t my computer but it didn’t make a difference. Still crashed at exactly the same point.

Got the same problem. I tried 3 times, and all ended up on crashing just before destroying the command post.