Since yesterday evening, when I tried playing on the new patch, my game has randomly crashed 3 times, with a blue screen of death following about a minute after that. In the brief period of time between the game crash and the windows crash, I was unable to launch the game again (said that DirectX 11 is missing, but that doesn’t mean much, as it gives that error in a lot of cases, and a PC restart fixes it).

Not crashing, I guess 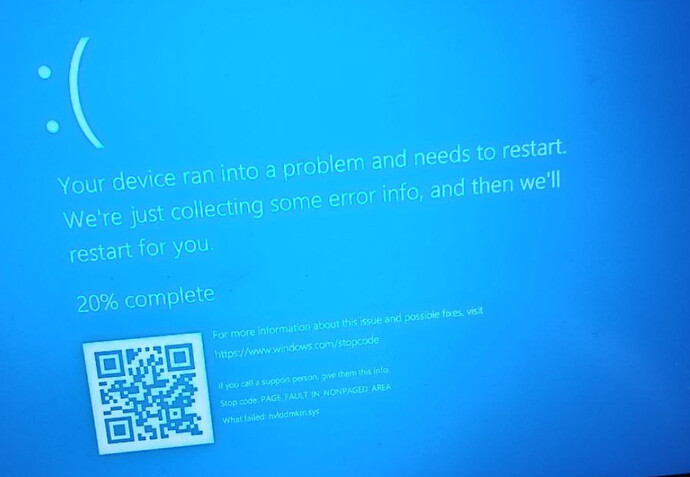 nvlddmkm sounds like a graphical issue? was there any sudden shutdown may cause system file corruption which resulted in game been affected?

maybe try a dual boot with fresh OS to see if that persist, or if you got a backup image that was in good condition.

I play everything else fine, my PC works more than well enough. This is absolutely an issue of AoE2 and yes I am aware it’s the display driver being broken.

all they would probably ask is to ask you try different version of drivers. I doubt they’d bother about it if majority of players have no problem with other versions. it is a pain for sure though, considering it wasnt like this before.

Hi @ElizaKolmakov !
I’m sorry you are having these issues.
Can you try to verify your files in the Steam Library? Age of Empires II → Right button → Properties → Local files
Can you update windows and graphic card drivers?
If the issue persists, reply on this thread for further instructions